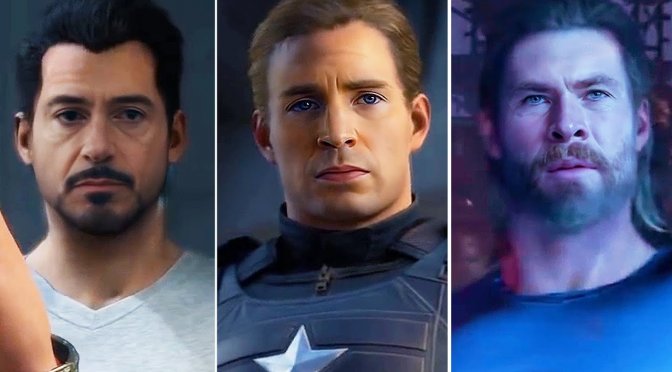 It’s no secret that a lot of Marvel fans are disappointed with the new faces of all their beloved heroes in Marvel’s Avengers. But what if Crystal Dynamics’ upcoming title had the original cast? Well, we can get a glimpse of such a thing thanks to this deepfake video from BabyZone.

“I used my own 192 DF model trained over 1M iterations. Faceset of for each actor was created from Marvel’s Avengers movies and then trained separately for each cutscene, and all models training were performed on NVidia 1080Ti and 1070 Ti GPU mounted together. I created masks and applied XSeg masking during the render. “

In short, the results are not as mind-blowing as some other videos I’ve seen. Still, it will undoubtedly put a smile on most Marvel fans’ faces. I also really wonder whether a Texture Pack, featuring all the original cast, will be possible in the PC version.

Marvel’s Avengers releases on September 4th. The game will also receive a Day-1 Update that is 18GB in size. Naturally, we’ll be sure to cover this upcoming triple-A game, and will report on whether its performance has been improved over its open beta build.