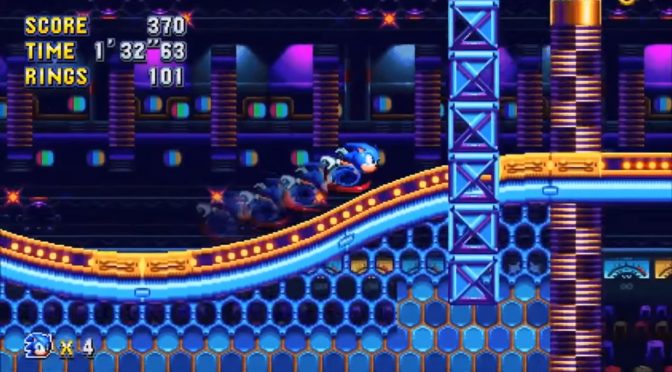 IGN has released a new video, showcasing 7 minutes of gameplay footage from Sonic Mania. Developed in collaboration between SEGA, Christian Whitehead, Headcannon, and PagodaWest Games, Sonic Mania is a 2D Sonic game that features new zones and remixed classic levels from past Sonic games, and will offer three playable characters (Sonic, Tails, and Knuckles). The game is planned for a Spring 2017 release. Enjoy!