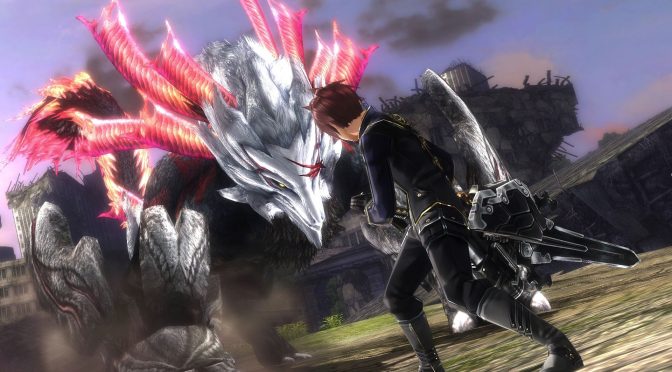 First things first, GOD EATER 2 Rage Burst runs perfectly fine on the PC platform. The PC version was handled by QLOC (the team behind Dragon’s Dogma: Dark Arisen and the upcoming Mortal Kombat XL) and the game ran incredibly well on our PC system (Intel i7 4930K (turbo boosted at 4.2Ghz) with 8GB RAM, NVIDIA’s GTX980Ti, Windows 8.1 64-bit and the latest version of the GeForce drivers).

In fact, we could easily run the game in 4K with 60fps. Truth be told, GOD EATER 2 Rage Burst features really outdated visuals. This obviously does not surprise us as this game is basically based on GOD EATER 2 that was originally released on the PSVita.

Still, and despite not offering a wide range of graphics options, it’s quite refreshing witnessing a Japanese console game running at 60fps, especially when the PS4 version runs at 30fps.

Gameplay wise, I wasn’t really impressed by GOD EATER 2 Rage Burst. I’m pretty sure that monster hunter fans will find this game interesting, however its first hours felt kind of boring to be honest. Moreover, the game does a poor job at teaching how to properly use your weapons, meaning that you will have to read tutorials and experiment yourselves in order to dive deeper into the game’s combat mechanics.

GOD EATER 2 Rage Burst is currently priced at 49,99€ on Steam and comes with a free copy of GOD EATER: Resurrection. Both of these games run at 60fps on the PC.

Enjoy below a video showcasing 10 minutes of gameplay footage from the PC version, rendered in 4K!