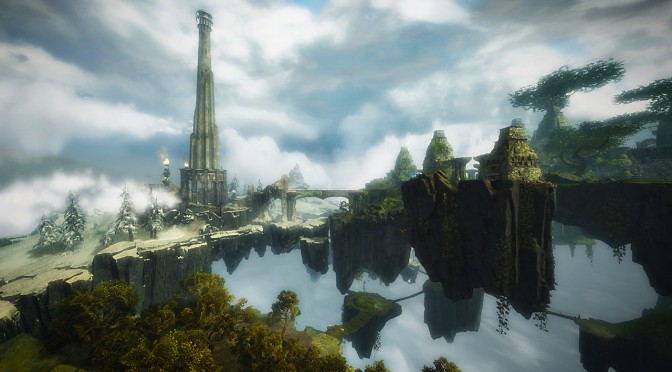 NCSoft and ArenaNet today released a video trailer that introduces players to the “Edge of the Mists”, a brand-new realm that has remained undiscovered, and until now untainted by the evil machinations of arch-villain Scarlet Briar.

In the eerie “Edge of the Mists” preview video, the camera glides over the complex of floating islands that make up this new map, revealing the variety of terrain and landscapes players will encounter with the next release arriving Tuesday 4th February. Dense cloud forests, icy mountains and crumbling temples provide players with a challenging new terrain to battle over. As the video reveals, the players won’t be the only ones battling for control of this new realm.

Guild Wars 2 - The Edge of the Mists