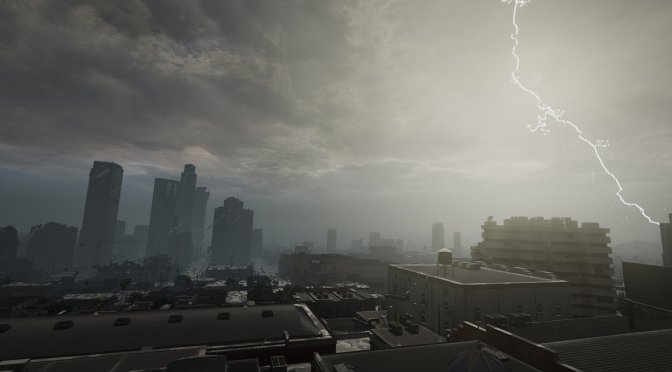 YouTube’s ‘GameV’ and ‘rampage TV’ shared videos that compare the PS5 Enhanced Edition of Grand Theft Auto 5 with the PC version. These videos will give you an idea of the visual differences between these two versions.

The first video compares the PS5 version with the default PC version (running at Ultra settings). As we can see, this new PS5 version looks a bit better than the PC Ultra version. Still, and for an Enhanced Edition, this feels a bit underwhelming.

The second video compares the PS5 version with the PC version using the NaturalVision Evolved Mod. And, unsurprisingly enough, the PC version looks sharper and better in every way. The snowy environments, in particular, look SO MUCH BETTER on PC.

In case you’re wondering, Rockstar has used Ray Tracing in order to enhance the game’s shadows in PS5. And… well… that’s it (when it comes to Ray Tracing). There is no support for ray-traced reflections, global illumination or ambient occlusion.

The PS5 version has denser environments, better explosions and slightly better lighting than the vanilla PC version. However, and by using mods like NaturalVision Evolved, PC gamers can enjoy better graphics. And, if you want free mods (as NaturalVision Evolved is behind a Patreon-wall), you can try QuantV (and use it alongside Reshade Ray Tracing), Grand Theft Auto 5 Redux, or the original Natural Vision Mod!