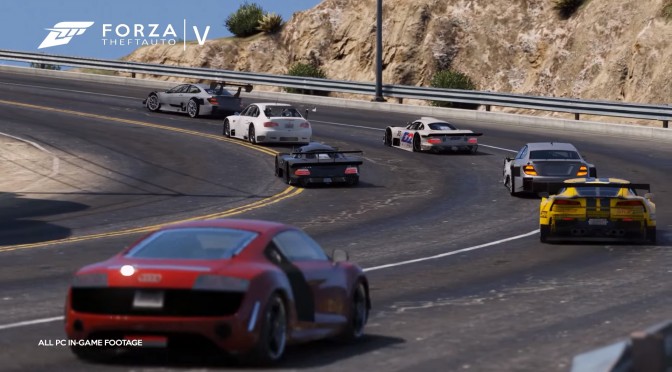 Our reader ‘RavenwestR1’ has shared with us the following video, showing Forza 6’s launch trailer being recreated in Grand Theft Auto V. In order to create this video, RavenwestR1 used the ProjectRELOAD graphics mod, as well as some real life cars mods. It looks stunning, so be sure to watch it!