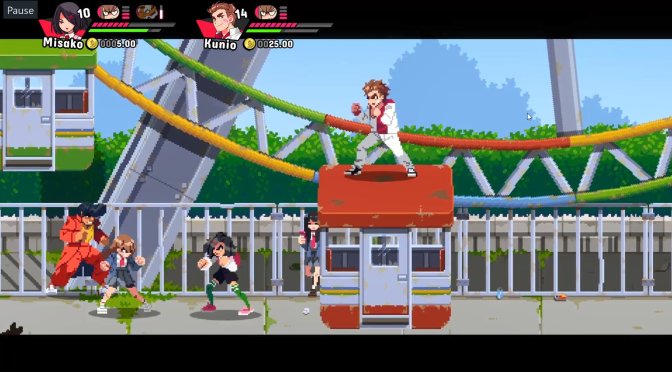 From the looks of it, River City Girls 2 will be similar to the original game. Therefore, players should expect wild beat-’em-up action for one or two players. The game will also pack retro/pixel-art graphics plus anime and manga cutscenes.

The first game featured loads of weapons, items, and abilities to power-up your heroines. It also had six large city regions to fight through, complete with shops and side quests.

My guess is that WayForward will expand on these areas and include more of them. Additionally, the sequel will have more environments, characters, and enemies.