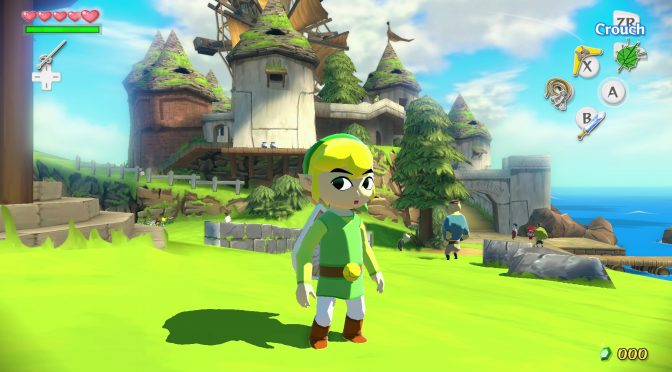 It’s the weekend and as you may have guessed, I’ve collected some interesting Unreal Engine 5 projects to share with you. Now contrary to most of our previous stories, today I present you fan remakes of Zelda Wind Waker, Harry Potter 2 and Dragon Ball Online in Unreal Engine 5 that are actually in active development.

Going into more details, Danimoreno 3d is working on the fan remake of Harry Potter 2. Do note that this is a different remaster/remake from the one we shared back in September 2021.

On the other hand, Son Niku Black (Shin SDBO) is working on a fan remake of Dragon Ball Online in Unreal Engine 5. This project looks really cool, featuring basic gameplay elements. Again, this is something more than just a map for an “X” game.

Finally, Ustudio gaming is working on the Zelda Wind Waker fan remake. Similarly to the other projects, this one is also in a very early development stage. However, and to the team’s credit, it has some basic gameplay elements. This project also does not look as impressive as this video we shared in Jule 2021. However, Ustudio attempts to create a fully functional game, whereas that 2021 video was just that… a concept video.

Before closing, we should be a bit realistic here; these projects won’t ever attempt to push the graphical boundaries of Unreal Engine 5. However, and since they are coming from actual fans, they at least deserve the spotlight!