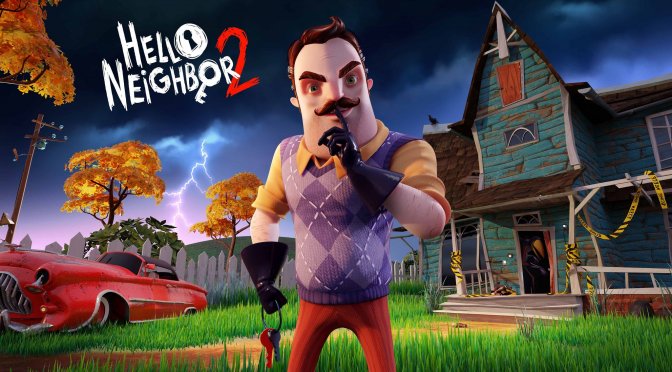 tinyBuild has released the E3 2021 gameplay trailer for Hello Neighbor 2; the highly anticipated sequel to the best-selling horror franchise.

Taking place directly after the events of the original, players will explore the open world of Raven Brooks and search for the missing Mr. Peterson (the Neighbor), while being stalked by a creature controlled by self-learning AI.

Players will assume the role of Quentin; a local reporter investigating why people have started to mysteriously disappear in Raven Brooks. A string of discoveries will lead players to an abandoned house occupied by a mysterious, raven-like being.

Players will explore the abandoned house from the original game. Moreover, they will see the gameplay expand into the open world of Raven Brooks. Raven Brooks is a sandbox playground where you need to scavenge for useful items.

Unlike the original, where the AI navigated by manually placed waypoints, Hello Neighbor 2 features an AI where navigation patterns are fully dynamic. According to the developers, the mysterious creature will observe the player’s movements and actions. Additionally, it will use that knowledge to prevent players from figuring out the secrets lying within the house and its surroundings.