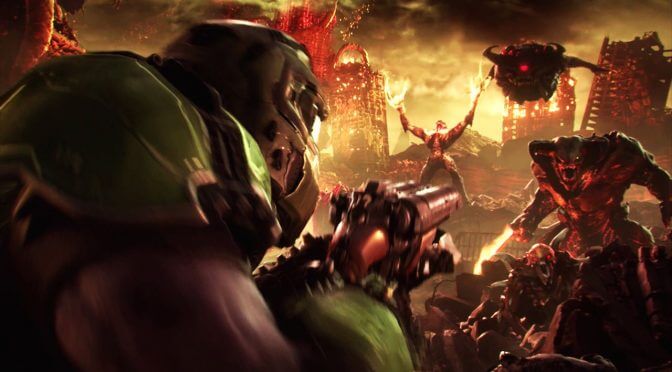 Bethesda has released an E3 2019 teaser trailer for the highly anticipated sequel to Doom 2016, Doom Eternal. The publisher will showcase this new shooter during its E3 2019 press conference so here is hoping that alongside the new gameplay footage we’ll also get a release date for it.

"What you interfere with now is bigger than you can imagine."

DOOM Eternal at the Bethesda #E3 Showcase, live on June 9 at 5:30pm PT. https://t.co/wbaEAaAxjy #BE3 pic.twitter.com/qSwOHmPUJV

Doom Eternal promises to bring the ultimate combination of speed and power with the next leap in push-forward, first-person combat. The game will be powered by id Tech 7 Engine and promises to feature levels/places we have never been before in a Doom game, 10X times higher geometric detail than its predecessor, as well as greater texture fidelity than id Software has ever put on screen.