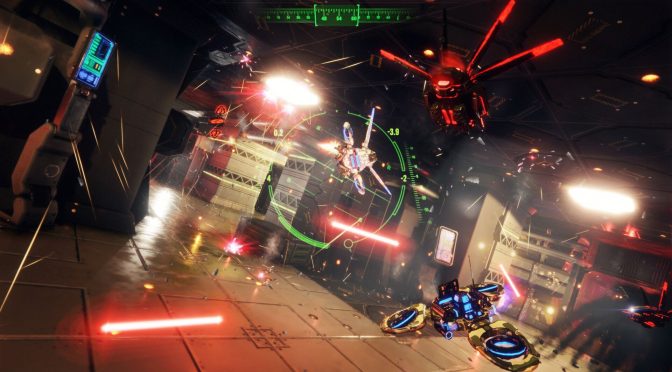 Five Studios Interactive has released a new trailer for its upcoming title D.R.O.N.E, revealing that the game is powered by the Unity Engine. D.R.O.N.E. is a community driven sci-fi multiplayer arena-shooter with focus on creativity and looks absolutely stunning. It features all modern-day effects, bendable vegetation, destructible objects, detailed textures and a dynamic day/night cycle.

In D.R.O.N.E., players compete in an ever growing number of community created arenas, with their own unique drone designs, to become the smoothest drone operators in the galaxy. Player controls a drone which can be equipped with plenty of gadgets. All drone components can be damaged or destroyed individually, this highlights how important a well balanced drone build is. Making clever use of components like radar systems, cloaking devices, shields, etc. can decide the outcome of a match.

The game will feature both a first person and a third person perspective, depending on the preferences of the player. What’s really cool here is that both of these cameras are actual components that can be damaged and destroyed. A third person camera is a micro drone that follows the player and, if it is destroyed, the view will fall back to first person if such a camera exists.

D.R.O.N.E. is currently being developed for the PC, and is inspired by classic games such as Unreal Tournament, Quake 3 Arena, Descent (1994), X-Wing and Tie Fighter and MechWarrior.