It appears that the full specifications for Intel’s new Coffee-Lake Core i7 and Core i5 CPUs have been leaked. As it was leaked via Anandtech’s forum, there will be four new CPU models; two Core i7 and two Core i5. All of these brand new CPUs will feature 6 cores, will be compatible with the LGA 1151 socket, and are planned for release next month (during this year’s Gamescom). 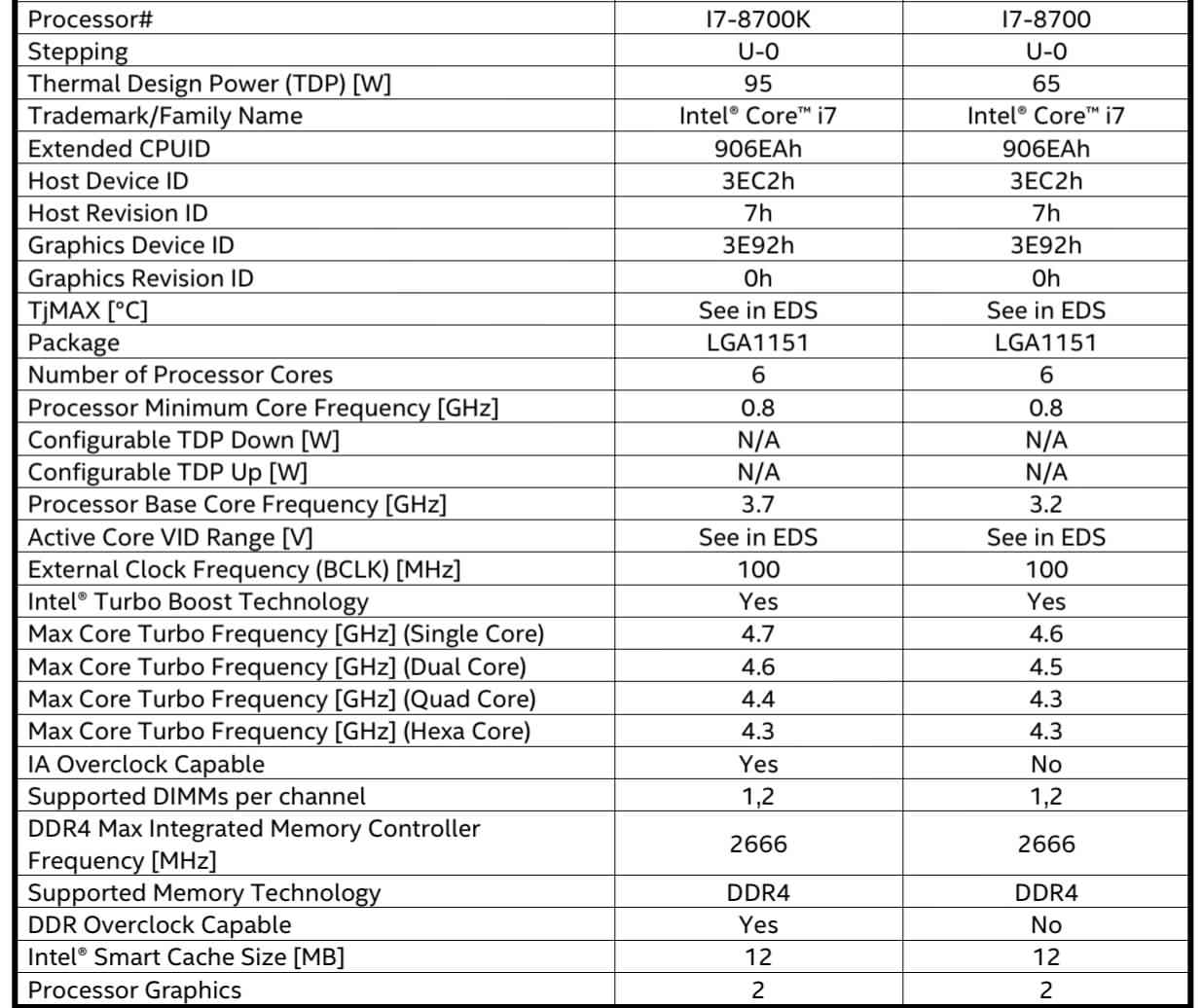 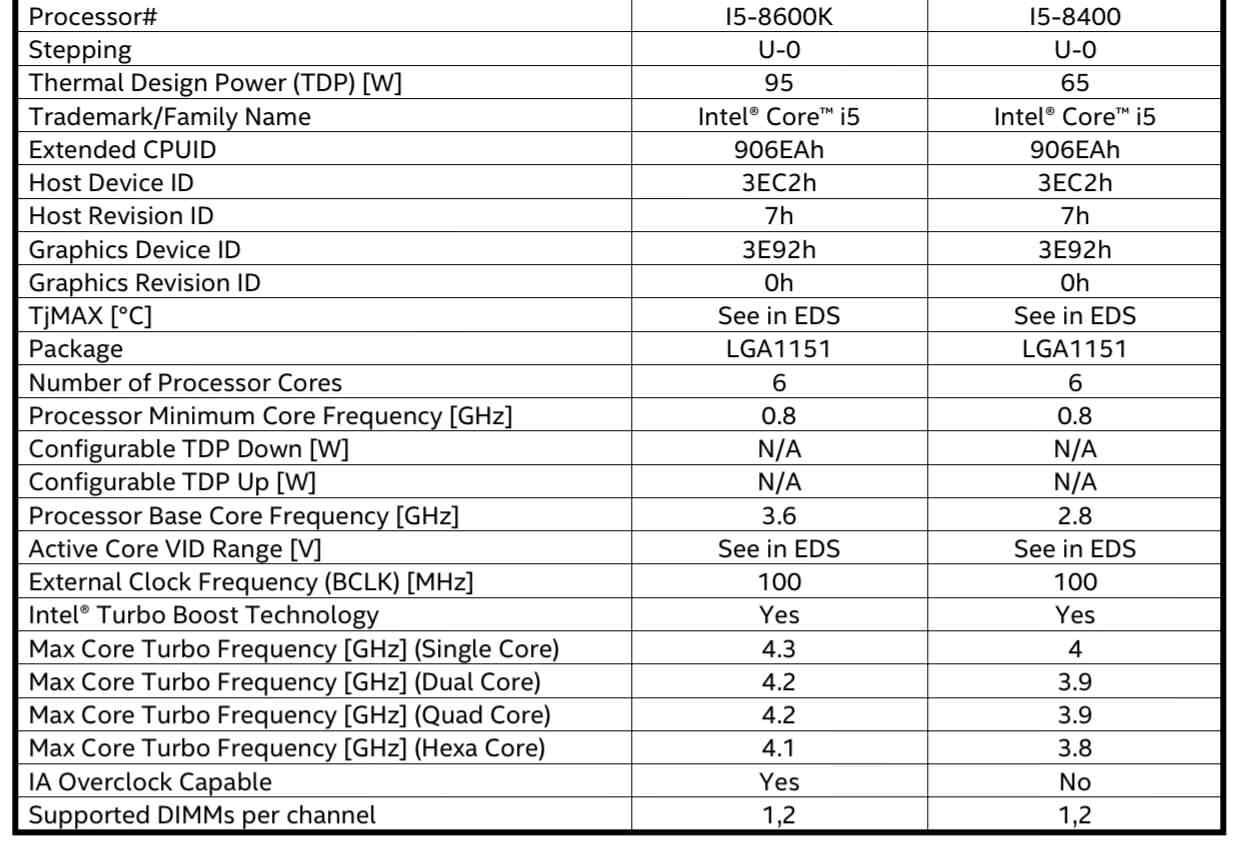