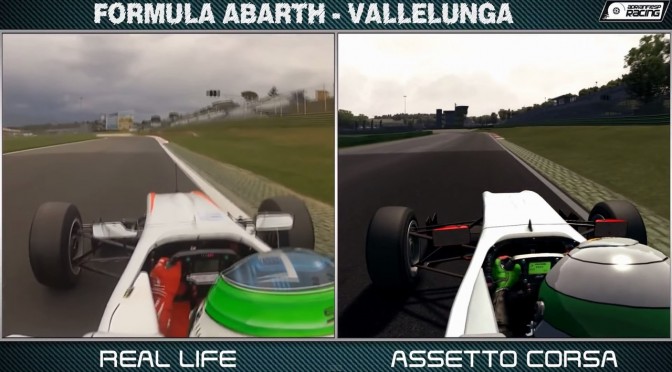 YouTube’s ‘ADRIANF1esp’ has shared a video comparison that puts real-life racing against with KUNOS Simulazioni’s latest sim racing game, Assetto Corsa. This video shows the Formula Abarth cars at Vallelunga on an overcast day. While Assetto Corsa features the most advanced physics system currently found on a racing game, we do have to say that this ‘third-person’ comparison is not as ‘wow-ish’ as the previous one that focused on Project CARS. Still, it’s kind of interesting so go ahead and take a look!