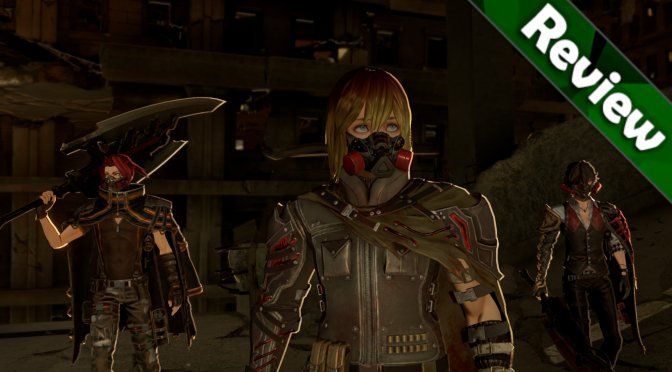 If you are reading this, chances are that you have played Dark Souls, or at least know about FromSoftware’s legendary series. How could you not, really? Throughout its three installments Dark Souls produced a revolutionary experience that it carved out an entire sub-genre of action RPG’s. Nothing says you’ve shaken things up like having a suffix attached to your game’s name: Souls-like.

However, something unexpected happened on the 22nd of March. The gaming community could once again bask in the brilliance of Hidetaka Miyzaki’s design philosophy, but it was Seikiro and not Dark Souls 4 that landed on shelves. Seikiro looked, played, sounded and felt like Dark Souls, and rumour told that it even tasted the same if you licked your monitor.

Still, many felt something was missing. Fans longed for the days when they could once again light bonfires amidst the ruins of a godforsaken castle. Their withdrawal symptoms did not go unnoticed by publishers eager to capitalise on the Dark Souls-shaped absence in our Steam libraries (that even the re-release of Dark Souls couldn’t really fill).

Some interesting attempts have therefore crawled out of the woodwork in recent times. There was an Irishman fighting Yokai in Japan, dudes in exo-suits wielding chainsaws on polearms, and even a game where developers couldn’t be bothered to give their characters faces. Now we have Code Vein, the latest entry that looks at all the Souls clones and says: “Step aside folks! Let anime show you how its done.”

If you can’t beat ‘em… use a bigger sword?

It is seriously difficult to review Code Vein and not make it sound like I am writing about a FromSoftware game. During marketing for this game, Bandai Namco even used the catchphrase from Dark Souls “Prepare to die” and changed it to “Prepare to dine,” so you have an idea just how eagerly this game borrows from its pedigree.

As it turns out, this was only the tip of the iceberg. The characters in Code Vein also exhibit that same, floaty movement. There is a heavy focus on stats and the maintenance of your stamina bar. Enemies will likewise attack based on proximity triggers. The bonfires have now been replaced with ‘mistle’. The twisty, curvy paths are designed to curve in on themselves…

I could do this all day. Frankly, I almost got disappointed when I didn’t see the words “YOU DEFEATED” every time I destroyed a boss, and no “YOU DIED” when the last dregs of my health bar left the screen.

However, there is something unashamed and deliberate about this ride on Miyazaki’s coattails, because it is precisely in moments when Code Vein is most loyal to the Souls design that the experience is at its best. The devs have replicated the FromSoftware formula with surprising accuracy, and, as such, Code Vein feels more like a homage to the genre rather than a money-snatching, Soulsborne knockoff disguised in anime.

As you would expect, this is a game that wants to make you feel vulnerable. Like the majority of its brethren, the gameplay involves exploring an extremely hostile, open world with environments that carry a persistent sense of death and destruction. Danger is everywhere, with enemies around every turn that can disintegrate the player in just one or two  swipes.

Why even go outside then? Well, this is all in pursuit of a central currency in this game called ‘Haze’ (which is Code Vein’s way of saying ‘Souls’). Haze gets you the good stuff which could be anything from sword upgrades, maximising the efficiency of spells and leveling up.

As you’d expect all that Haze will be snatched away from you if you die, but at least they will be floating patiently at the last spot you kicked the bucket. Make sure you do not die on the way to retrieve them though, as you will instantly loose all that sweet moola FOREVER… and ever… and ever…

One of the areas where Code Vein’s gameplay is perhaps superior to other entries in this genre is the emphasis on flexibility. When you look at the stats screen for your character, the abundance of numbers makes you feel like accidentally walking into a seminar on theoretical physics.

Those stats are there for the player to manipulate as they see fit in order to turn themselves into their the best version of a vampiric fighting machine. You have access to a really staggering array of offensive perks and buffs which you can manipulate with numerous weapons, spells, armour (‘Blood Veils’), special items or by altering your entire character class (Blood Code) on the fly.

I couldn’t ignore the reality that the combat felt just a tad bit clumsy, and I noticed that levels often allowed enemies to jump out from behind objects, or drop from the ceiling at the player. However, using this impressive arrangement of variables, perks and play styles, Code Vein’s swordplay always felt interesting and engaging.

It really surprised me how soon I could be turned into chopped liver being dependent on one particular character build, only to emerge victorious by swapping around a few things. In this way, the gameplay always felt like it presented a strategic difficulty and that I was being pushed to play smarter rather than harder.

This customization even stretches to your companion, which is perhaps one of Code Vein’s biggest idiosyncrasies. For players that prefer a little companionship while they slaughter, you have the option to to string along a constant AI partner to bully monsters. You also get to choose your partner’s class in case you prefer more help with spells, or if you prefer a companion with a sword.

Yes, it is true: Code Vein does not quite match the same levels of sadistic difficulty as Soulsborne games.  So, for veteran players, I would therefore advise tapering your expectations. To someone who has always been reluctant to play these games due to their difficulty, Code Vein might actually be an excellent place to dive in before moving on to more unforgiving games.

Not making out head or tale

I have been putting off discussing the central plot in Code Vein because I haven’t the faintest idea what the hell is going on here, even after Steam has just ticked over to 26 hours. Something about the miasma causing people to die who were brought back to life by viruses, and then trees stopped giving off blood beads because of the zombies everywhere, so the strong vampires enslaved the weak ones, and then humans became enslaved, but thankfully your character can make the trees bleed again because they are all connected by arteries underground and your job is to kill the queen vampire… wait what??

I am no stranger to the convoluted narratives of anime, but in Code Vein I had no idea what my character was supposed to be involved in. This is because of the game’s tendency to overload you with plot details at every chance, which didn’t so much achieve building up the game’s narrative as making me feel lost.

Also, many female characters like Io sport excellent boobs (more on that below!) so I was… uhm… a little distracted perhaps when they were discussing important plot points. Naughty Pieter!

Yet another visual triumph

The Unreal Engine 4 is now officially my favourite game engine of all time. Every single title I have played over the last year looks freakin’ awesome on this platform, and Code Vein firmly joins the ranks.

While the enemy designs are awfully generic, this is definitely the most colourful and flashy game I have ever played in this genre. It comes as a refreshing change from the washed out greys and browns we have been inundated with in Soulsborne games in recent times.

The frantic particle effects also add another layer of icing on the game’s visuals, and there are also some striking animations for finishing moves as well. However, the biggest award in aesthetics must go to Code Vein’s character creator.

As noted by Jim Sterling, Code Vein’s greatest achievement in this day and age is the fact that players have been given customisation options to rival even The Sims, and Bandai Namco have not asked for a single cent extra in microtransactions. Whether you want to spend hours making your perfect waifu, or trying to recreate the leading characters of your favourite anime, chances are you will have a blast with all the options available here.

I have been reading quite a few objections to the opulent cleavage for female characters in this game, but I kind of like it because it takes me back to when games were still allowed to be sexy. Rather than seeing this as rampant over sexualisation, it is nice to experience a game being a little more daring in terms of depicting naughty eye-candy.

This kind of audacity is just rare in games nowadays, and I prefer to see this as Code Vein affirming it is not for kids. If anything, this just shows I am an aging player from a bygone era. If you are offended, don’t worry: we are a dwindling breed.

Stories around the bonfires

Whenever you have a genre that begins filling up with copycats, it always makes the whole thing feel like a fad the industry needs to get over. This is particularly the case with battle royale games where it seems studios are more eager to stick a finger in the pie made of money rather than taking risks with their own ideas. The market is more competitive than ever, yes, but even highly-populated scenes should still reward originality, right?

I almost do not want to like Code Vein as such. For all its visual fanfare, Code Vein is far from original in its basic formula. In truth, if you play this stuff all the time, I cannot guarantee that this game will not just end up feeling like more of the same once the anime novelty wears off.

Then again, it is precisely Code Vein’s surprisingly meticulous adherence to FromSoftware’s blueprints that may appeal to you, and it is what I liked most about it. There is a rock-solid Soulsborne experience lying underneath all the anime hullabaloo, and the versatility in tailoring the overall experience will make Code Vein worth playing for the newbies and pro’s alike.