After Warriors: All-Stars, we were expecting all of KOEI Tecmo games to get better. Unfortunately, that’s not the case with Nioh: Complete Edition. As we’ve already reported, the game does not support the mouse at all and it does not let players remap the keyboard keys. Not only that, but the available graphics settings are as minimal as they can get.

For this PC Performance Analysis, we used an Intel i7 4930K (overclocked at 4.2Ghz) with 8GB RAM, AMD’s Radeon RX580 and NVIDIA’s GTX980Ti, Windows 10 64-bit and the latest version of the GeForce and Catalyst drivers. Unfortunately we were unable to test the GTX690 as the game requires more than 3GB of VRAM, even on Low settings. As such, we encountered major stuttering issues with that particular GPU. 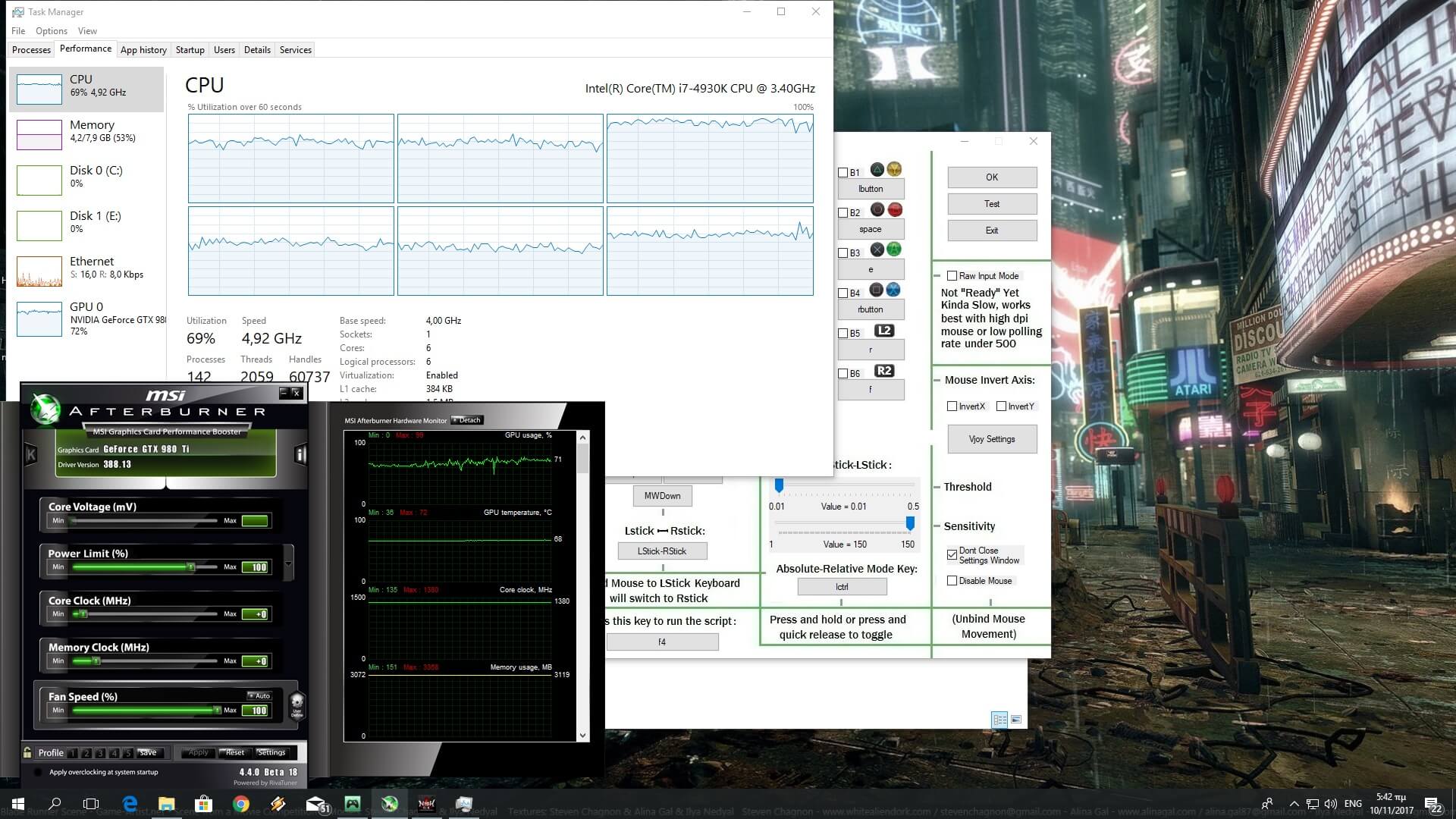 Nioh: Complete Edition is definitely the 2017 PC game with the most embarrassing graphics settings. PC gamers can select their resolution, adjust the rendering resolution and shadows. There are also options for Ambient Occlusion, Camera Motion Blur and Dynamic Reflections. And that’s it. Moreover, players can lock the framerate at 30fps or at 60fps (there is no option for unlocked framerate). 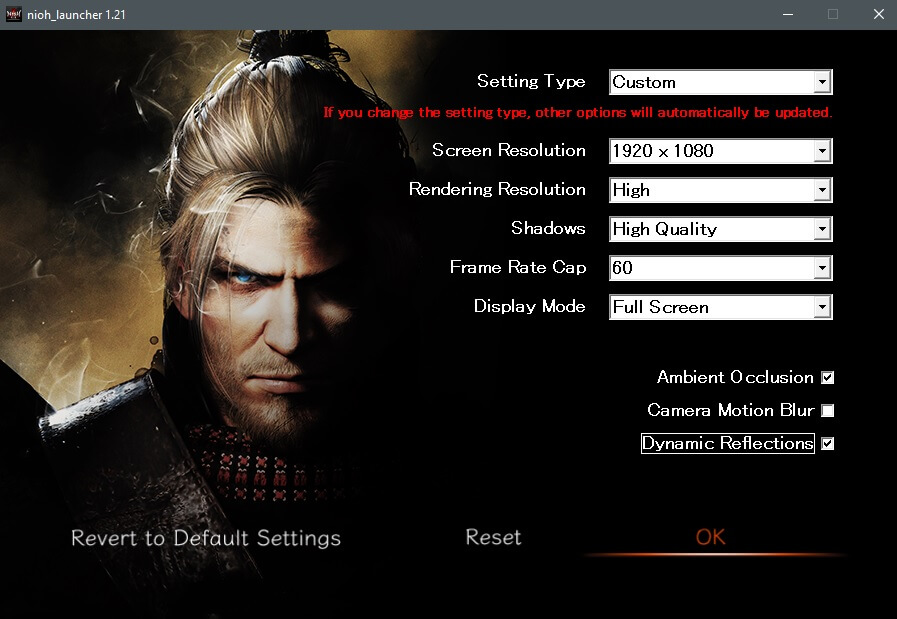 Thankfully, Nioh: Complete Edition does not require a high-end CPU. In order to find out how the game performs on a variety of CPUs, we simulated a dual-core and a quad-core CPU. And we are happy to report that even our simulated dual-core was able to provide a constant 60fps experience at 1080p on High settings. It also appears that the game scales on six cores, even though it mainly uses two threads. 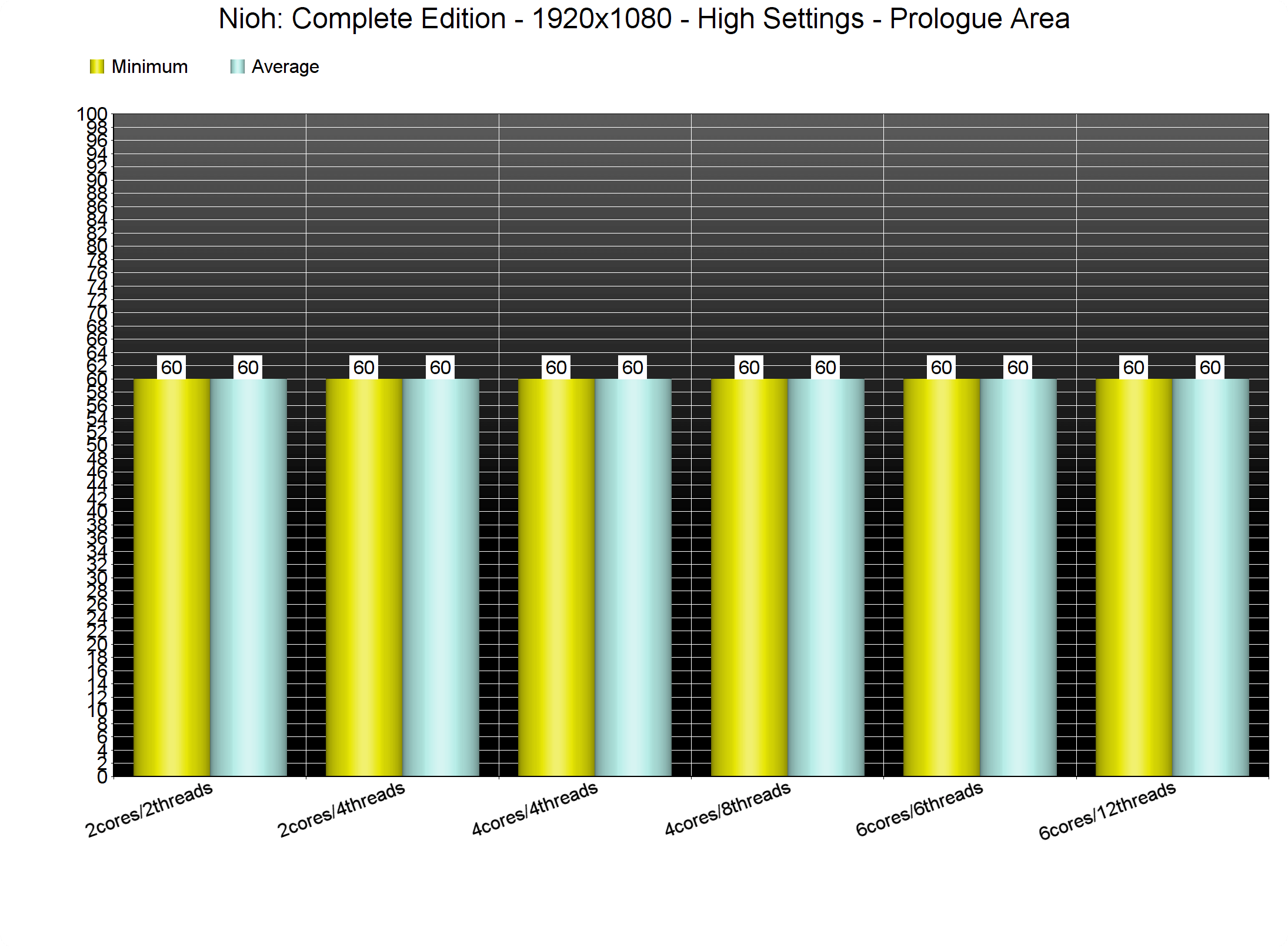 As such, the game can be easily described as a GPU-bound title. And the PC version of Nioh requires a really powerful graphics card for a locked 60fps experience on High settings. Our AMD Radeon RX580 was dropping below 60fps on High settings at 1080p during the prologue area. In order to get a locked 60fps, we had to lower Shadows to Medium. On the other hand, our GTX980Ti was able to push a constant 60fps. At 1440p, our GTX980Ti could not offer a constant 60fps experience. And in 4K,  the game ran with a minimum of 31fps and an average of 34fps. Do note that the prologue seems to be one of the most demanding areas and that the next levels ran significantly better. In the next three stages, we were able to get a constant 60fps experience on our GTX980Ti at 1440p. 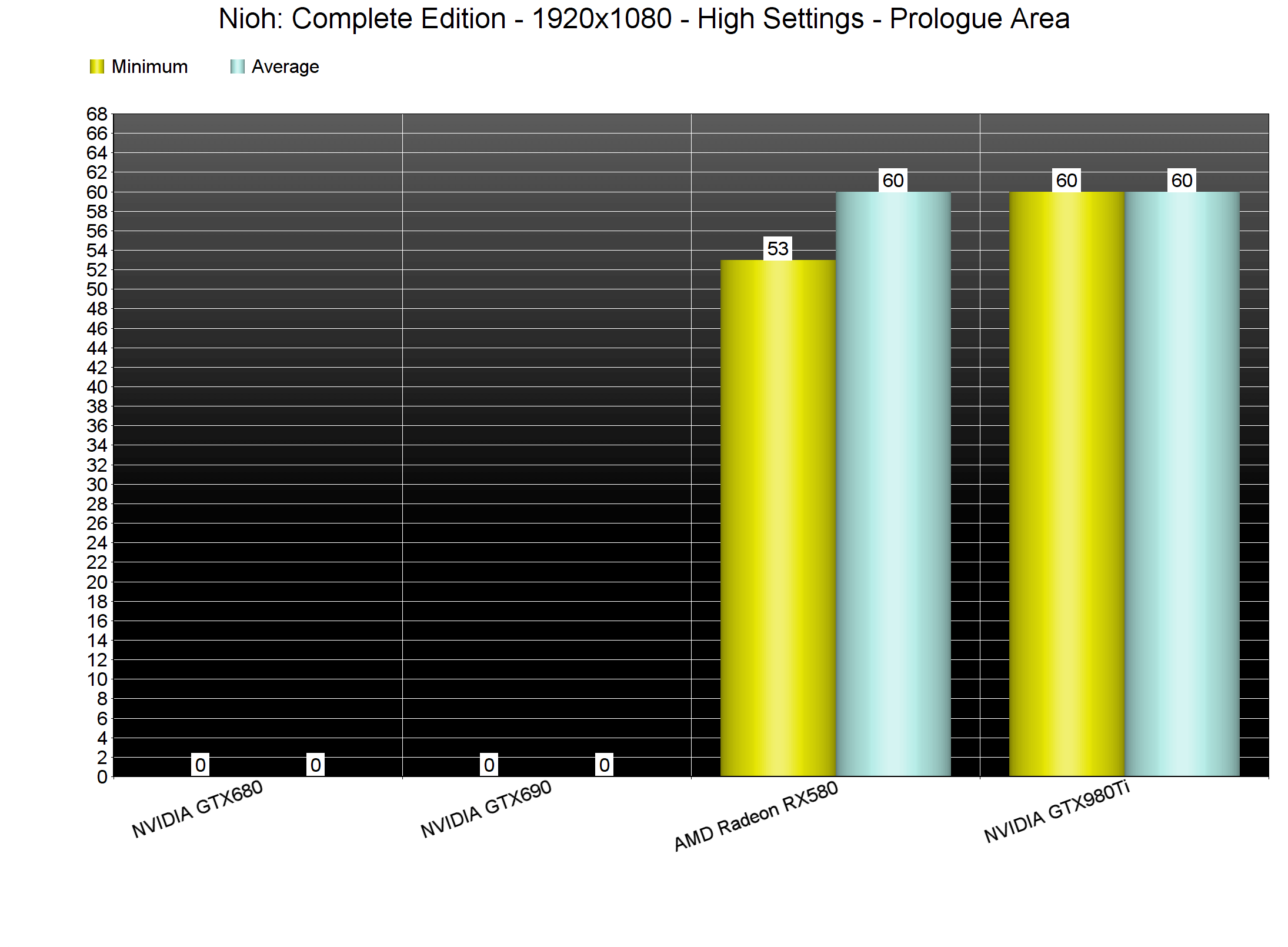 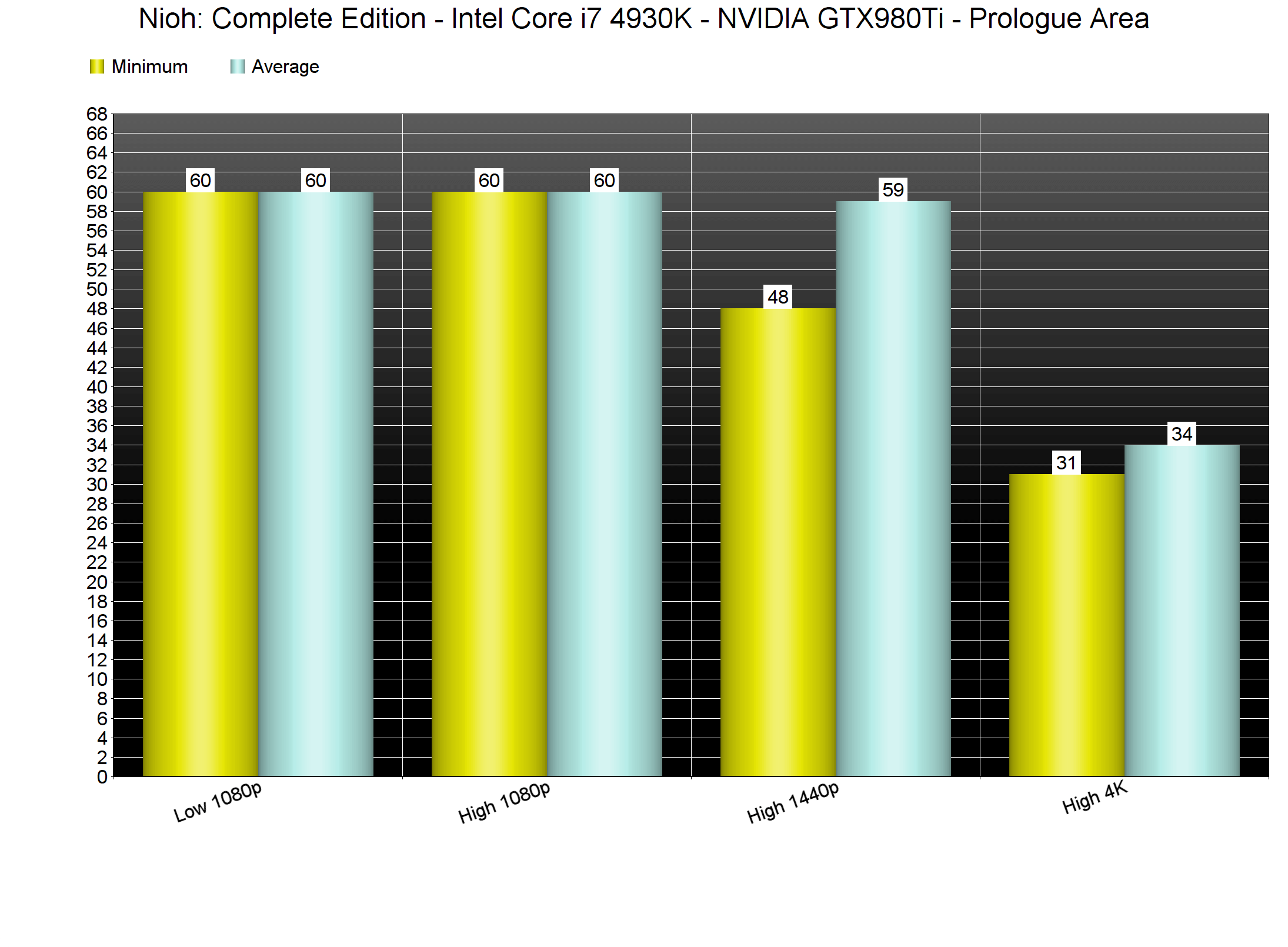 Graphics wise, Nioh: Complete Edition looks better than the latest Dark Souls game. It comes with some nice reflections, rain effects, and detailed characters. Players can decapitate enemies, and there is a respectable amount of objects that can be destroyed. Most of the textures look okay, and most light sources cast dynamic shadows. Still, the lighting system is old-gen-ish and does not impress at all. As said, the game looks better than Dark Souls 3, however it cannot compete with other modern-day PC titles.

As a product, though, Nioh: Complete Edition is a big disappointment. While both Dark Souls 3 and Nioh do not feature proper on-screen indicators, Dark Souls 3 was a better PC product. In fact, the game featured great mouse+keyboard controls. Here is what we wrote in our PC Performance Analysis for Dark Souls 3:

“The keyboard+mouse controls work wonderfully. A lot of gamers will appreciate the quick camera movement that can be achieved via the mouse. Dark Souls III is a difficult game and since it has a lot of traps, players will have to constantly move the camera in order to get a better look at their surroundings and their enemies. And we are happy to report that the mouse controls are spot on. Not only that, but they do not suffer from acceleration or smoothing issues.”

Not only that, but Dark Souls 3 sported more graphics settings, allowed players to remap keys, supported SLI, was less demanding and ran on a wide range of PC configurations. Yes, Nioh: Complete Edition looks better in most cases but its visuals do not justify its increased system requirements.

PC gamers can force mouse support via third-party tools such as GPDSCK. We’ve already covered this so make sure to read our guide in order to enable mouse and remap your keyboard keys.

Overall, Nioh: Complete Edition runs fine on the PC provided you have a gamepad and a graphics card equivalent to AMD’s Radeon RX580. There is definitely room for improvement in pretty much all areas; from optimization to the PC control schemes. At least the game does not appear to be suffering from major performance issues on powerful PC systems. So yeah, Nioh: Complete Edition is slightly better than your typical KOEI Tecmo game! 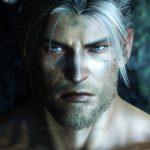 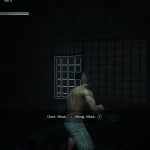 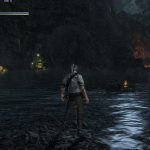 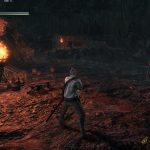 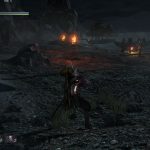 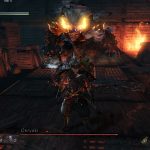 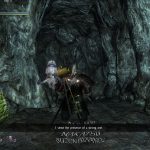 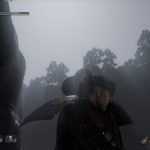 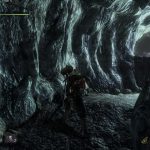 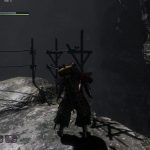 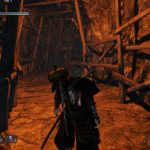 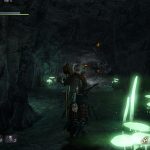 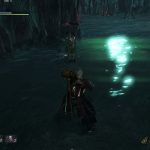 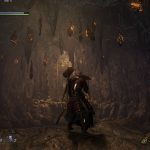 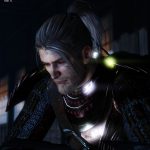 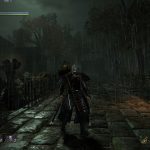 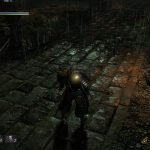