Focus Home Interactive has released two new screenshots from Blood Bowl 2, the sequel to Cyanide Studios’ video game adaptation of the famous board game from Games Workshop that combines American football with the Warhammer fantasy world, featuring one of the most important elements: the first-ever Blood Bowl 2 stadium.

Blood Bowl 2 is even more ambitious than the previous installment with an overhauled look and a variety of new features. Its brand new graphics engine was specifically developed for this sequel, enabling the game to display high-quality visuals, graphics, and effects that aim take the Blood Bowl license to the next level.

Animations have been overhauled, dynamic cameras bring more punch to the matches, and the “Cabalvision” interface and corrosive commentators Jim Johnson and Bob Bifford, all faithfully recreate the thrills and atmosphere of intense Blood Bowl games.

Blood Bowl 2 also aims to bring a bunch of new features to Solo and Multiplayer modes making it more accessible for first-time players and more enjoyable for seasoned veterans. A stunning and ambitious Solo campaign puts players at the head of one of Blood Bowl’s most famous teams and challenges them to climb to the top through a series of original and truly unique matches. League mode lets players manage their own team, club, and even stadium. We’ll soon be showing off some of these substantial and striking innovations that make Multiplayer mode even more thrilling. 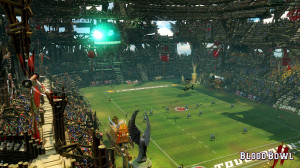 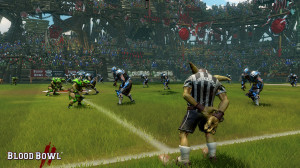