‘Downgraded’ is a word that most developers hate. Still, and since CD Projekt RED was open to comparisons between the game’s final and 2013 versions, who decided to share these comparison screenshots that show how the game has changed over its course of development.

What’s really great about this comparison (shared by Guru3D’s member ‘(.)(.)‘ that originates from here), is that a number of explanations have been added so that you can immediately see the differences between these two builds.

As we can see, the amount of particles on-screen has been decreased, the environmental LOD has been severely reduced, the lighting system seems weaker than the one featured in the oldest build, textures look blurrier (this could either be due to the absence of CDPR’s sharpening filter or due to the presence of Chromatic Aberration. Regardless of the real reasons, textures are not as crisp as they were before).

We’ll definitely give CD Projekt RED the benefit of doubt, however it is pretty obvious that the final game won’t look as good as its in-game 2013 reveal trailer. And that’s a real shame.

Obviously, this does not mean that the game won’t look good or that it won’t be fun. CD Projekt RED has been releasing lots of screenshots from the game’s latest build these past days, so we all know that the game still looks great. 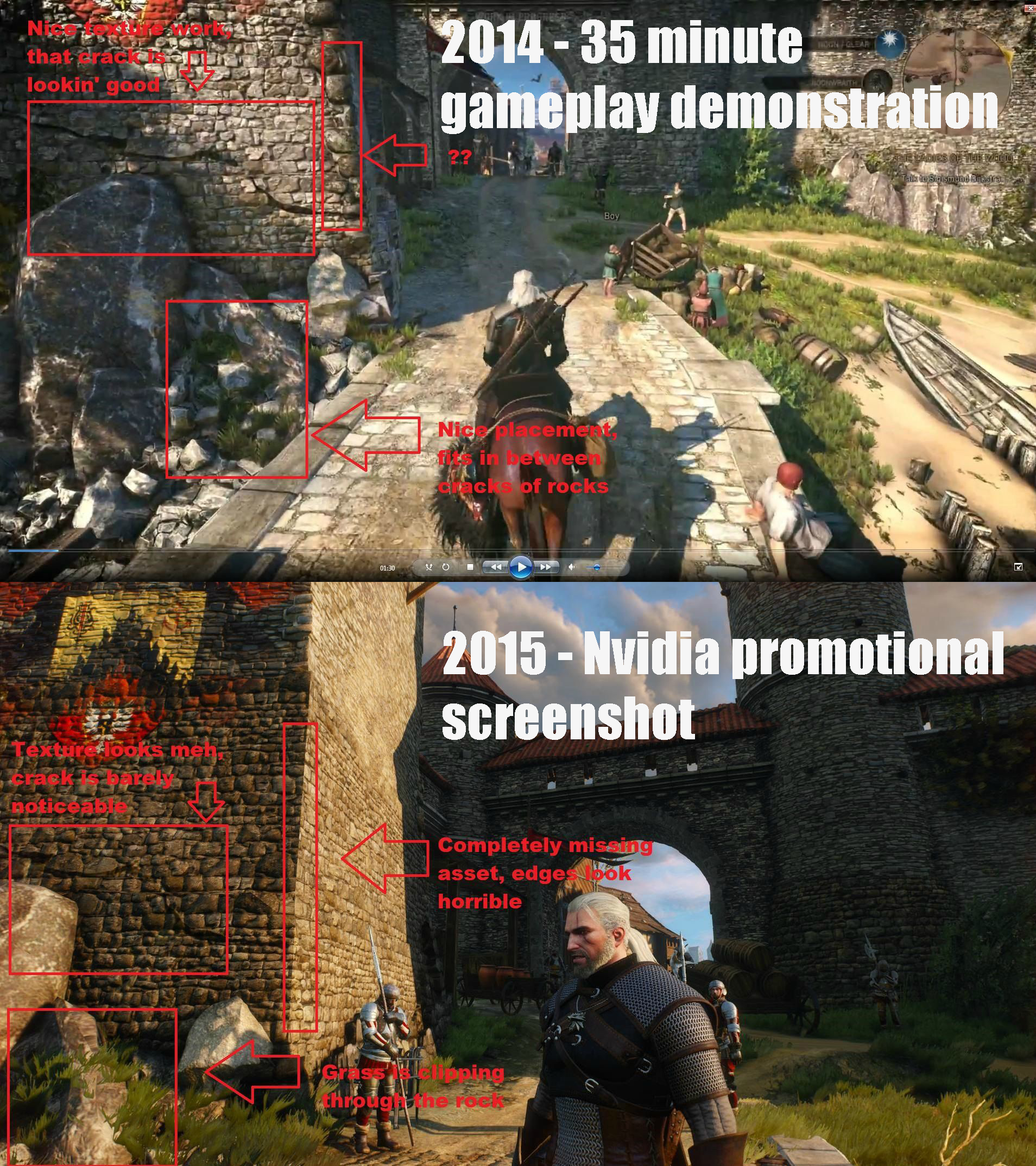 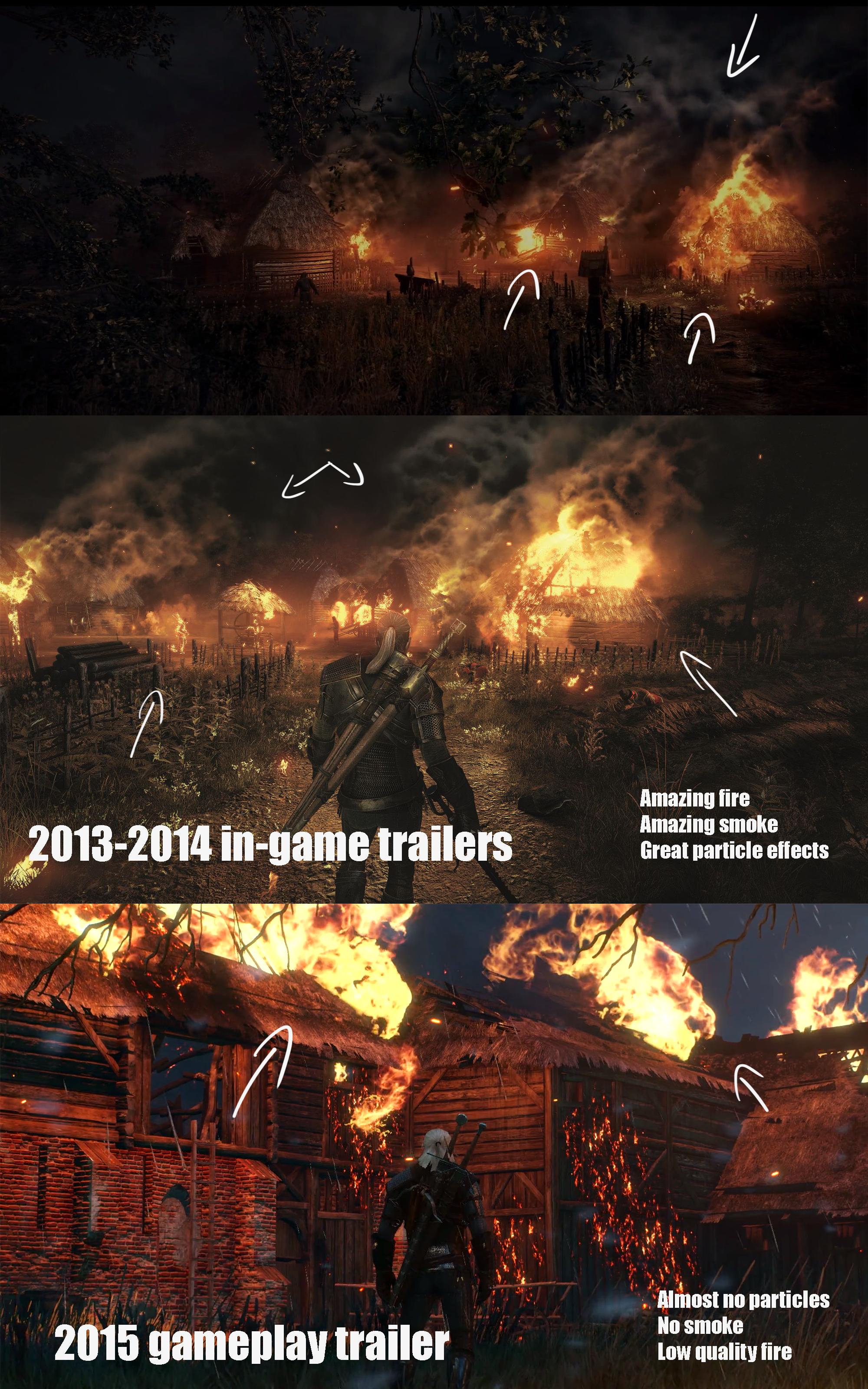 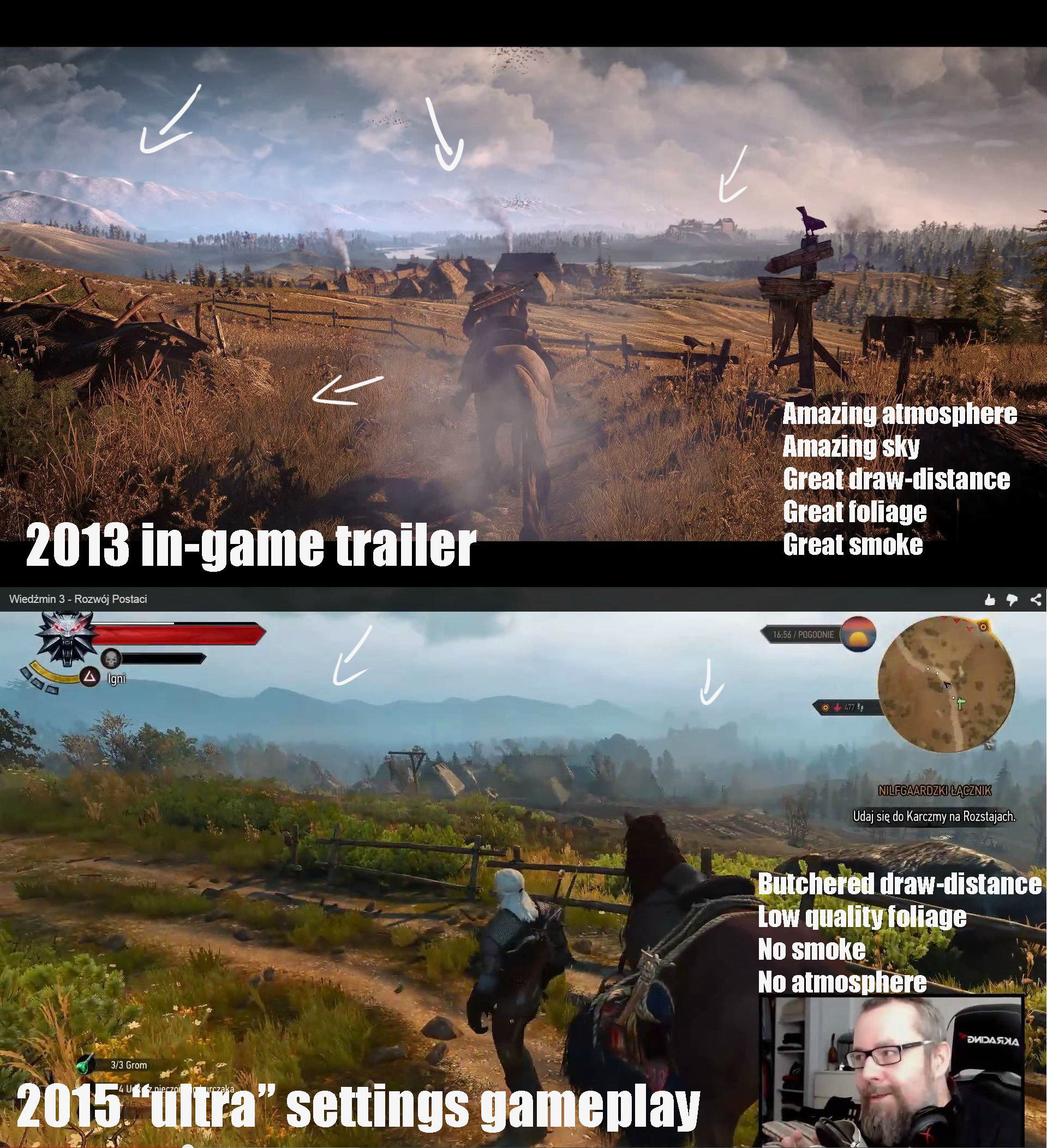 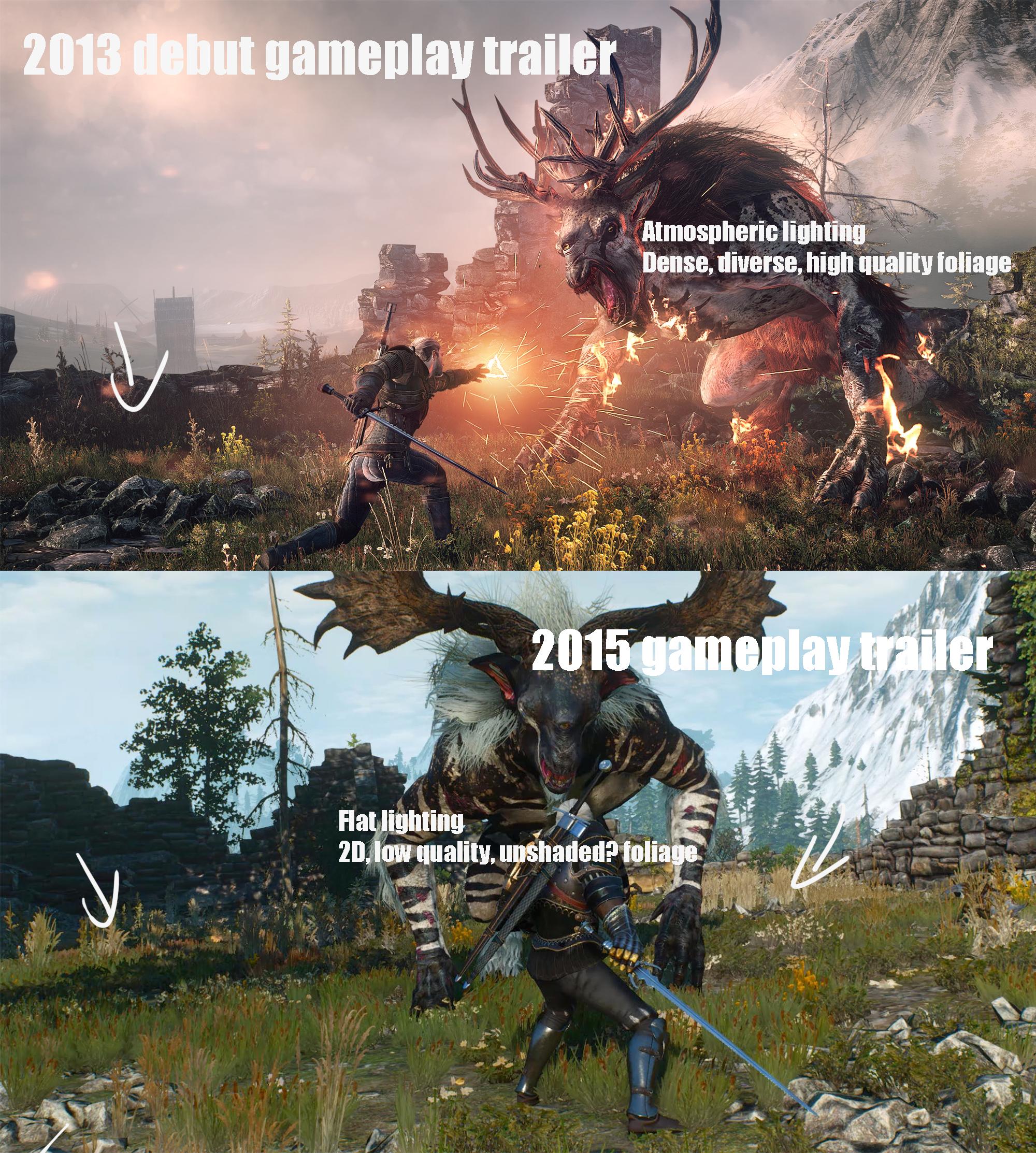 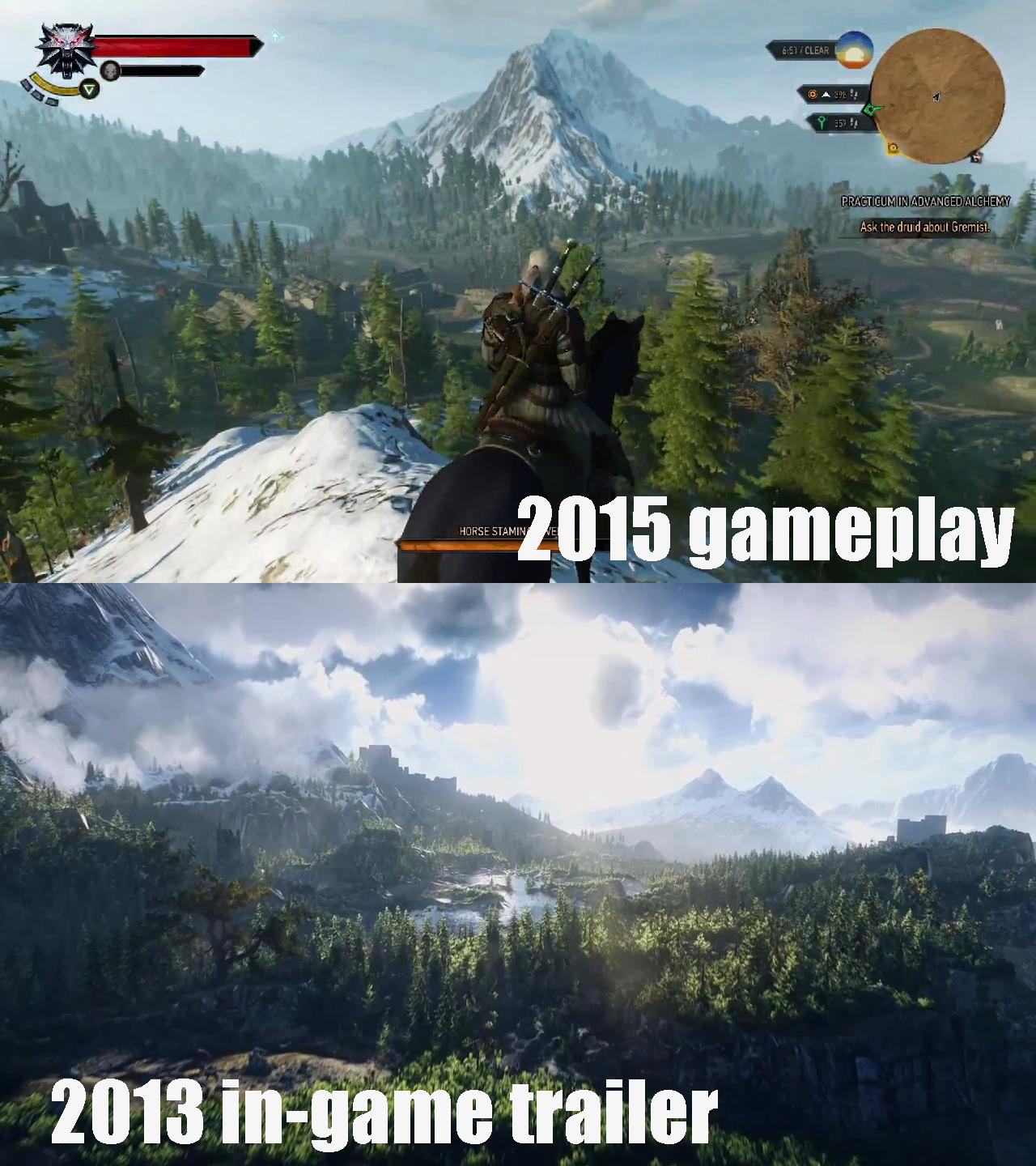 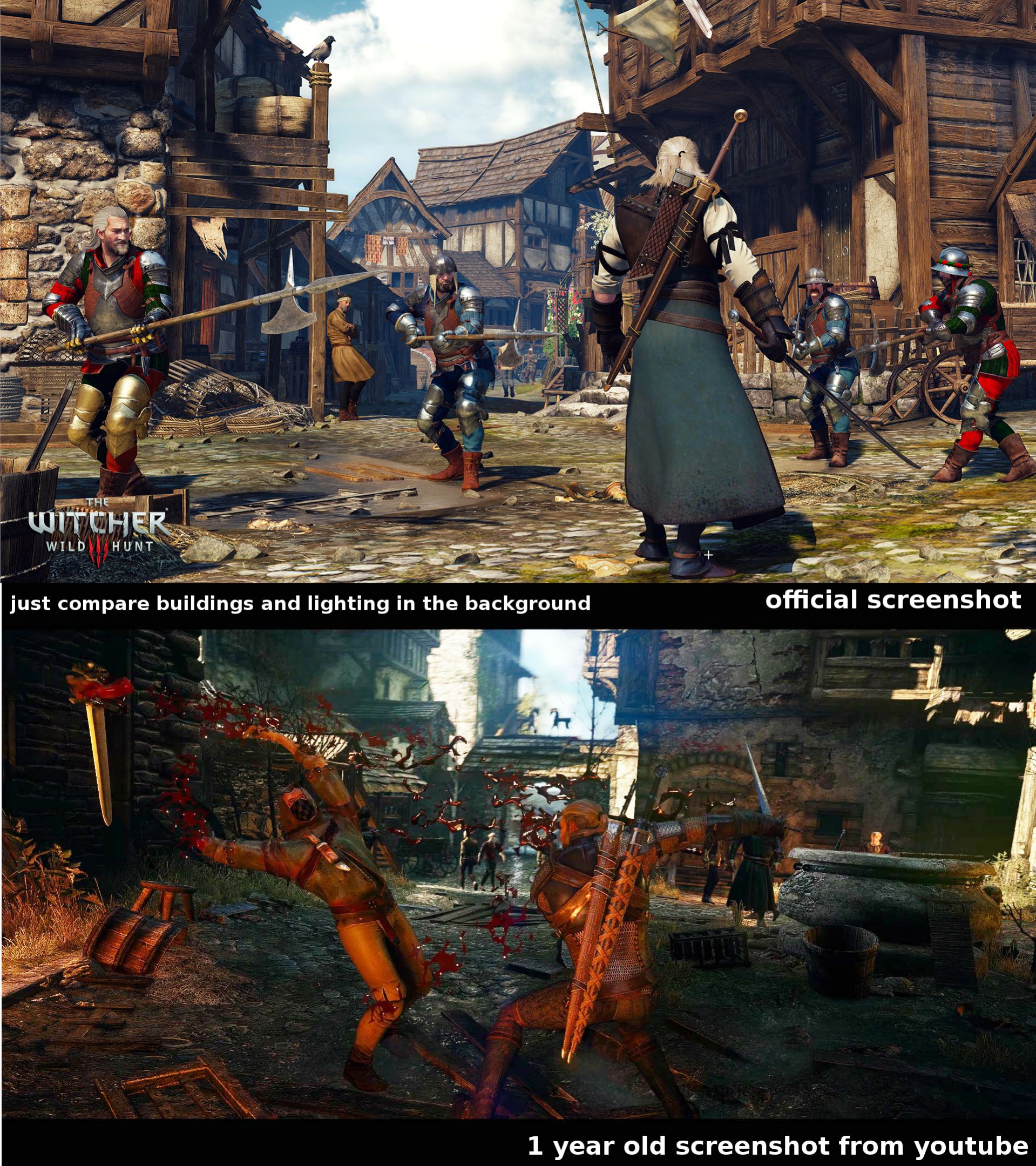