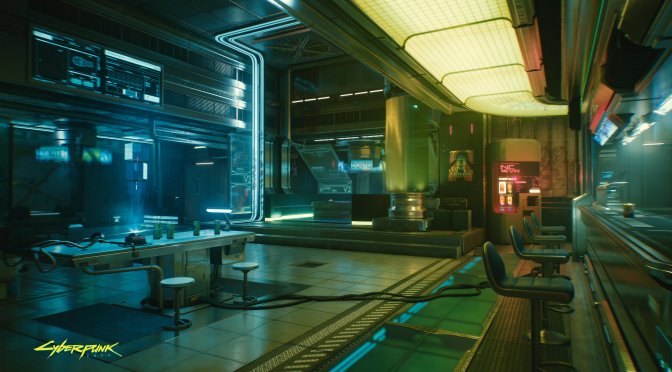 NVIDIA has just released a new set of RTX screenshots for Cyberpunk 2077. As the title suggests, these screenshots showcase the game’s real-time ray tracing effects. These screenshots were captured in 4K, and you can find them after the jump.

The game will also take advantage of DLSS 2.0. Thus, NVIDIA owners will be able to enable it and enjoy higher framerates without major image losses. Do note, however, that these screenshots are not with DLSS 2.0. These are native 4K screenshots.

Unfortunately, these screenshots also have the awful Chromatic Aberration effects. I seriously hope that CD Projekt RED will give us an option to disable it in the final game.

Lastly, and in case you haven’t checked it out yet, here is the full preview 2020 video that CD Projekt RED sent to the Media. However, this video does not feature any of the aforementioned real-time Ray Tracing effects.

It will also be interesting to see whether AMD’s upcoming GPUs will support these Ray Tracing effects from the get-go. From what we know so far, Cyberpunk 2077 will take advantage of DirectX 12 Ultimate so, theoretically, AMD’s GPUs should support them.