The team behind Skyblivion, an Oblivion total conversion mod for Skyrim, has released a new set of screenshots. These screenshots will give you an idea of the mod’s current state. And from the looks of it, Skyblivion retains the same atmosphere as Oblivion did when it came out.

In case you weren’t aware of, Skyblivion is a total conversion by the TESRenewal modding group, aiming to bring the Elder Scrolls IV: Oblivion to a new generation of gamers and re-introduce it to long time fans of the series. The team is currently in the process of porting and rebuilding Cyrodiil along with all of its quests, locations and characters into Skyrim and Skyrim: Special Edition.

These screenshots show off some of the regions that are already ported to the mod, such as the Colovian Highlands, Blackwood, West Weald, Gold Coast and The Imperial City.

Now my biggest issue with these latest screenshots is the LOD textures. They are blurry and I hope the team will replace them with some higher-resolution textures. By now, we all know how Skyrim works and can immediately notice its blurry LOD textures while gaming. Therefore, I really hope that the team will overhaul these particular textures. Or at least add some noise in order to give the impression of extra details.

There is no ETA on when this mod will hit the Internet, but we’ll be sure to keep you posted. Until then, enjoy the following screenshots! 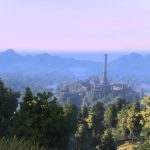 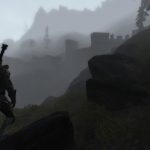 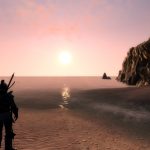 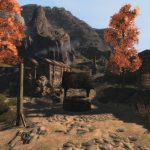 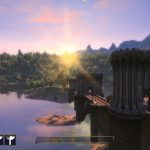 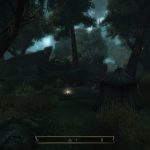 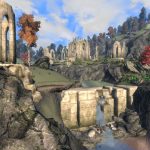