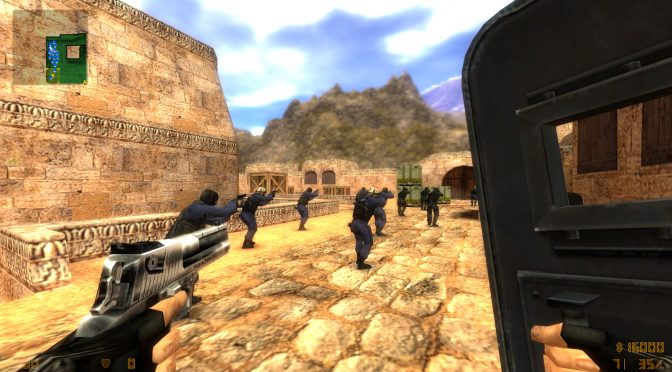 JASONakaBOURNE aims to port all the sounds, models, effects and materials, and re-configure them to work with the Source Engine. The ultimate goal here is to have Counter-Strike 1.6 benefit from updated features such as updated water, shaders, models, textures and much more.

This new beta release of Counter-Strike 1.6: Source features 9 maps. Moreover, and in order to change your in-game resolution, you’ll have to add a command line. Just right click on “csport.bat” and add this after -game csport:

By doing this, the game will run at 1920×1080. Naturally, if you want to render the game at a different resolution, you can simply change the aforementioned values.

Counter-Strike 1.6: Source currently does not support online play. Still, gamers can use commands in order to play with some bots. To be honest I don’t expect this mod to ever support online mode but hey, let’s hope that the modder will surprise us all. Below you can find a video showing how you can select maps and use bots.