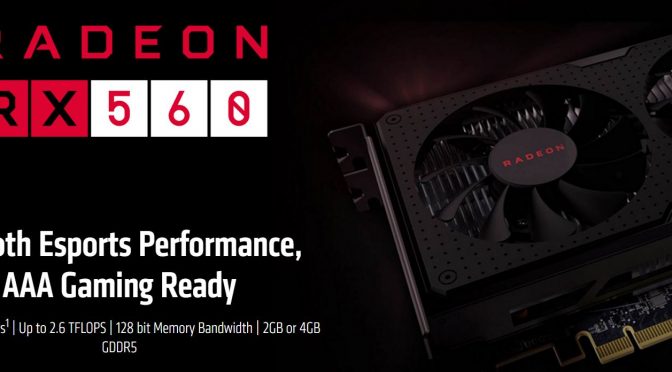 It appears that AMD has quietly downgrade some AMD Radeon RX 560 graphics cards. According to reports, the red team is now selling models that have fewer stream processors than those originally advertised. As such, those interested in these graphics cards should pay extra attention to the specs of the models they are about to buy.

However, and as spotted by several sources, some AMD Radeon RX 560 now come with fewer stream processors. AMD has also updated the official product page for RX560 in order to reflect this change. As we can clearly see, AMD now advertises these two models under the Radeon RX 560 category.

The big problem here is that AMD never informed the media about this change. As such, we never really covered this new, less powerful model for the AMD Radeon RX 560 family. Not only that, but most consumers were unaware of this situation. In other words, there is a possibility that some consumers may have already purchased less powerful graphics cards than the ones they thought they were getting.

In conclusion, we strongly suggest paying extra attention to the specs of the RX Radeon 560 you are about to purchase.