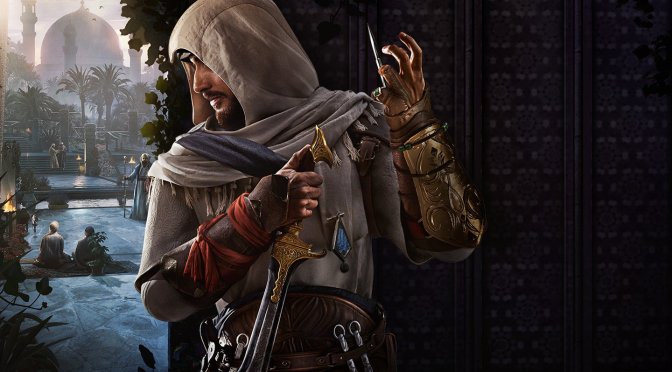 It appears that a new artwork for Assassin’s Creed Mirage has been leaked online. This artwork shows the main protagonist of this new AC game, and hints at a gameplay feature that was leaked a while back (the ability to throw knives).

Ubisoft will officially reveal Assassin’s Creed Mirage tomorrow. According to the latest leak, this new AC game will be a cross-generation game. So yeah, don’t expect this to showcase what current-gen platforms can achieve.

“Experience the story of Basim, a cunning street thief seeking answers and justice as he navigates the bustling streets of ninth-century Baghdad. Through a mysterious, ancient organization known as the Hidden Ones, he will become a deadly Master Assassin and change his fate in ways he never could have imagined.”

Assassin’s Creed Mirage will feature an incredibly dense and vibrant city. According to reports/leaks, the game will be as dense as Assassin’s Creed Unity. Players will also parkour seamlessly through the city and stealthily take down targets.