Intel has revealed the official specifications of its upcoming Arc GPUs, including its high-end model, the A770. According to Intel, its high-end GPU will feature 32 Xe cores, 32 Ray Tracing units and 512 XMX engines.

The high-end model will come in two versions. The first one will have 8GB of VRAM and the second will have 16GB of VRAM. Their clock speed will be at 2.1Ghz and their memory bandwidth will be up to 560Gbps. 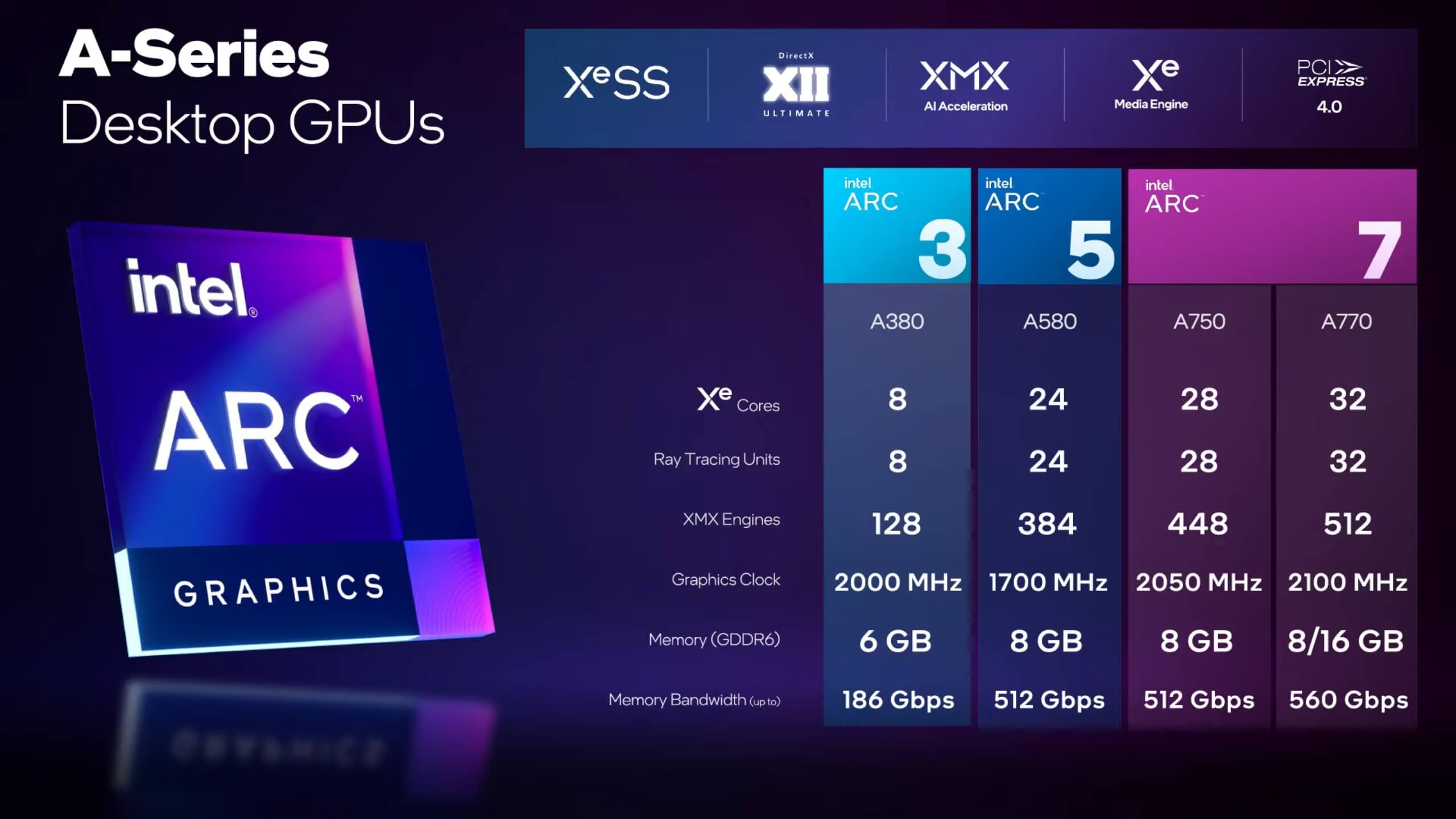 Intel also plans to release its very own graphics cards, similar to what NVIDIA and AMD currently do. Intel will release its own implementations of the Arc A750 and the Arc A770. Both of these GPUs will have a TDP of 225W. 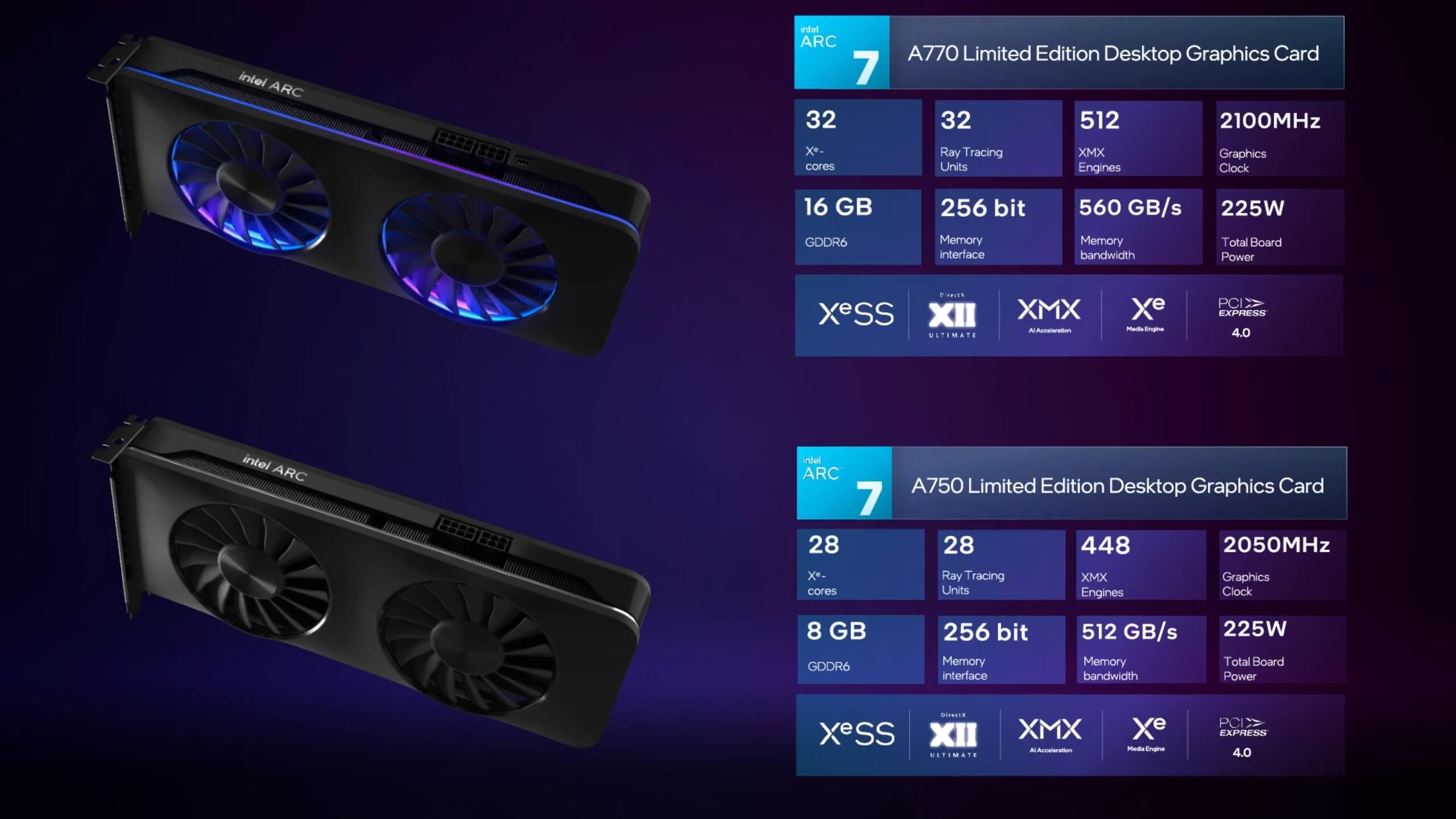 Unfortunately, Intel did not reveal any release date for these graphics cards. However, and given that NVIDIA will soon reveal its RTX 40 series, Intel’s high-end GPU (which will rival the RTX3070) will most likely be DOA. Regardless of that, I really hope that the blue team will not abandon its GPU plans immediately after the launch of these first Arc graphics cards.