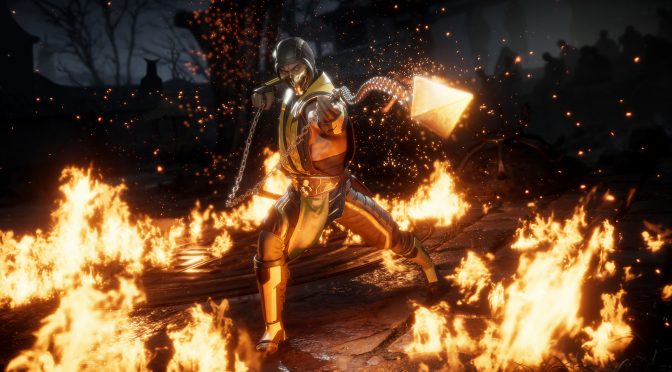 Warner Bros has released the first screenshots for Mortal Kombat 11, showing Scorpion and Raiden; the two characters that were featured in the game’s debut trailer. Now while NetherRealm Studios has not reveal any gameplay footage, it promises to do so on January 17th during the Mortal Kombat 11: The Reveal event.

Mortal Kombat 11 deepens and personalizes the experience unlike ever before with an all new Custom Character Variation System that gives players the creative control of building customized versions of the character roster. In addition, the game will introduce a new cinematic story that continues the epic saga that is more than 25 years in the making.

“By giving players more creative control, Mortal Kombat 11 is a testament to why this iconic franchise is so strong and increasingly relevant after more than 25 years. This game showcases NetherRealm Studios’ extensive talent to innovate and create epic experiences for the Mortal Kombat fans and new players alike.”

“It’s exciting to finally announce Mortal Kombat 11 and showcase what the team has been working on. Our Custom Character Variation System opens up an infinite amount of options for players to personalize their favorite fighters. We can’t wait until January when we’ll be showing more of the game.”