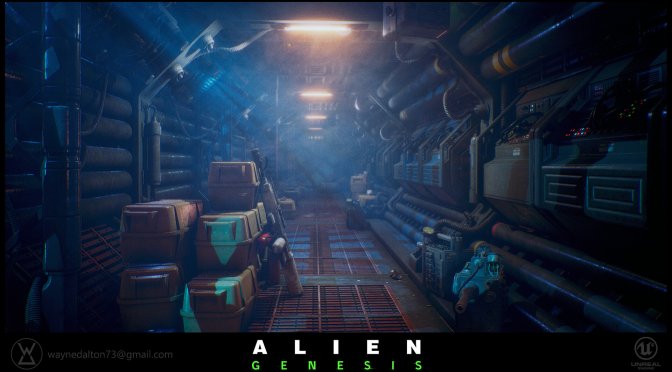 Now contrary to our previous Unreal Engine 4 story, these screenshots what is feasible on current-gen hardware. In other words, don’t expect mind-blowing visuals. You should also keep in mind that this environment was created by a single person.

With these out of the way, we can definitely say that this level looks like an “Alien” environment. Dalton was able to capture the atmosphere of the movie, so kudos to him. Furthermore, this environment comes really close to what Creative Assembly achieved with Alien Isolation.

Unfortunately, Dalton has not released this map to the public. As such, there is no way right now to run and explore this environment. Still, you can find below some screenshots, as well as a flythrough video.