Vanquish is a game that was released on old-gen consoles in 2010. Due to major performance issues on those consoles, however, a lot of gamers wanted to play this game on the PC. Come to think of it, Vanquish was one of most requested games to be ported from old-gen consoles to the PC. Still, and despite that huge demand, SEGA was not moved at all… until recently. So, fast forward seven years and here we are today with Vanquish finally being released on the PC.

For this PC Performance Analysis, we used an Intel i7 4930K (overclocked at 4.2Ghz) with 8GB RAM, NVIDIA’s GTX980Ti and GTX690, Windows 10 64-bit and the latest WHQL version of the GeForce drivers. NVIDIA has not included any SLI profile for this title, however we are happy to report that owners of dated graphics cards will be able to enjoy this game at 60fps. 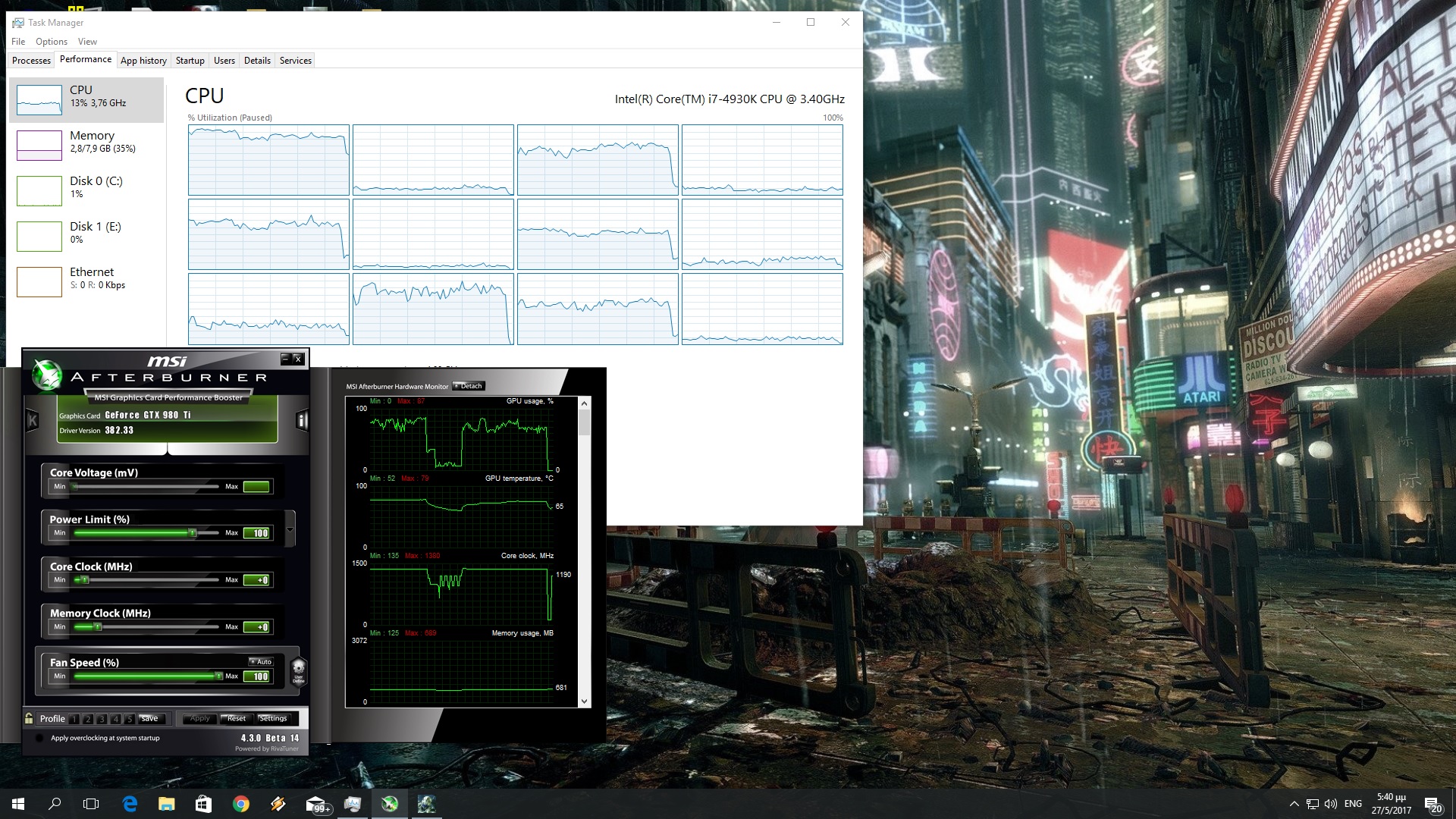 Vanquish comes with a respectable number of graphics settings. PC gamers can adjust the quality of anti-aliasing, textures, texture filtering, shadows, SSAO, and enable/disable HDR, LOD and motion blur. The game also allows players to remap all keyboard keys, does not suffer from mouse acceleration issues, and has settings to adjust the sensitivity of mouse while aiming or zooming (we strongly suggest increasing these values in order to get a more responsive feeling). 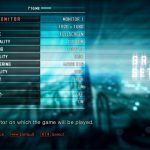 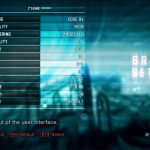 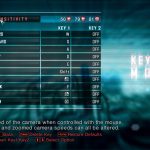 Unfortunately, Vanquish does not support MSAA or SMAA. The game supports Edge AA and FXAA. Edge AA does not eliminate as many jaggies as FXAA does, however FXAA blurs the whole image. As such, those interested in crisp visuals we have to either downsample from a higher resolution and use Edge AA, or simply use Edge AA and get used to the game’s aliased visuals. Below you can find a comparison between Edge 8X (left) and FXAA (right).

Even though NVIDIA has not included any SLI profile for this title, Vanquish ran with more than 60fps on our GTX690 (that behaved similarly to a GTX680) on max settings at 1080p. Needless to say that our GTX980Ti was also able to run the game with a stable 60fps experience at 1080p. However, it appears that the game suffers from various optimization issues when running at really high resolutions. 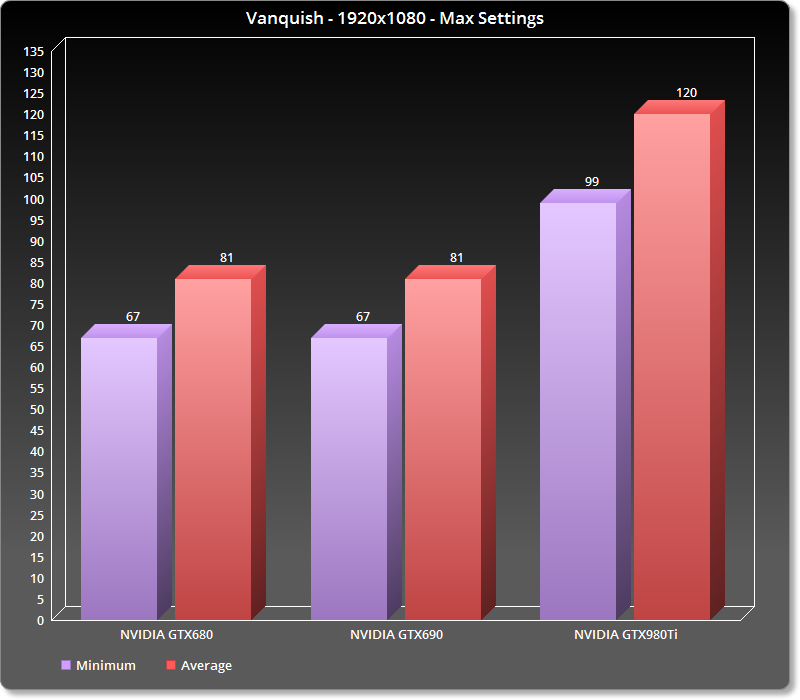 For some unknown reason, our GTX980Ti was underused in 4K for no apparent reason. During the game’s first-person perspective sequences, our graphics card was not used to its fullest. What’s really awkward here is that we were not limited by our VRAM, our CPU or our RAM. We don’t know why this is happening, however it’s obvious that there are some optimization issues. Below you can see the same scene in first-person and third-person mode. While the game runs perfectly fine in third-person mode, there are major framerate drops in first-person mode. 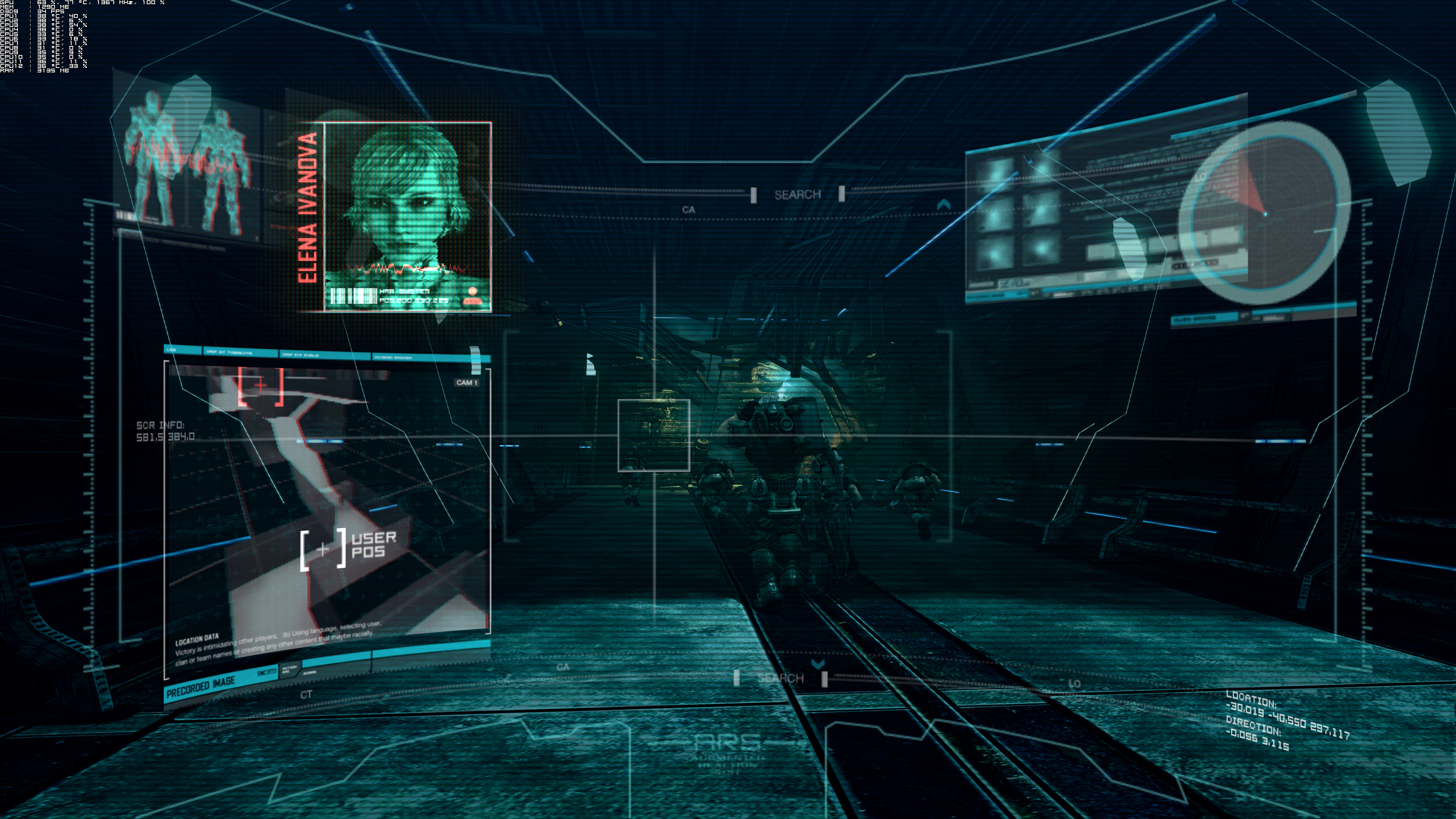 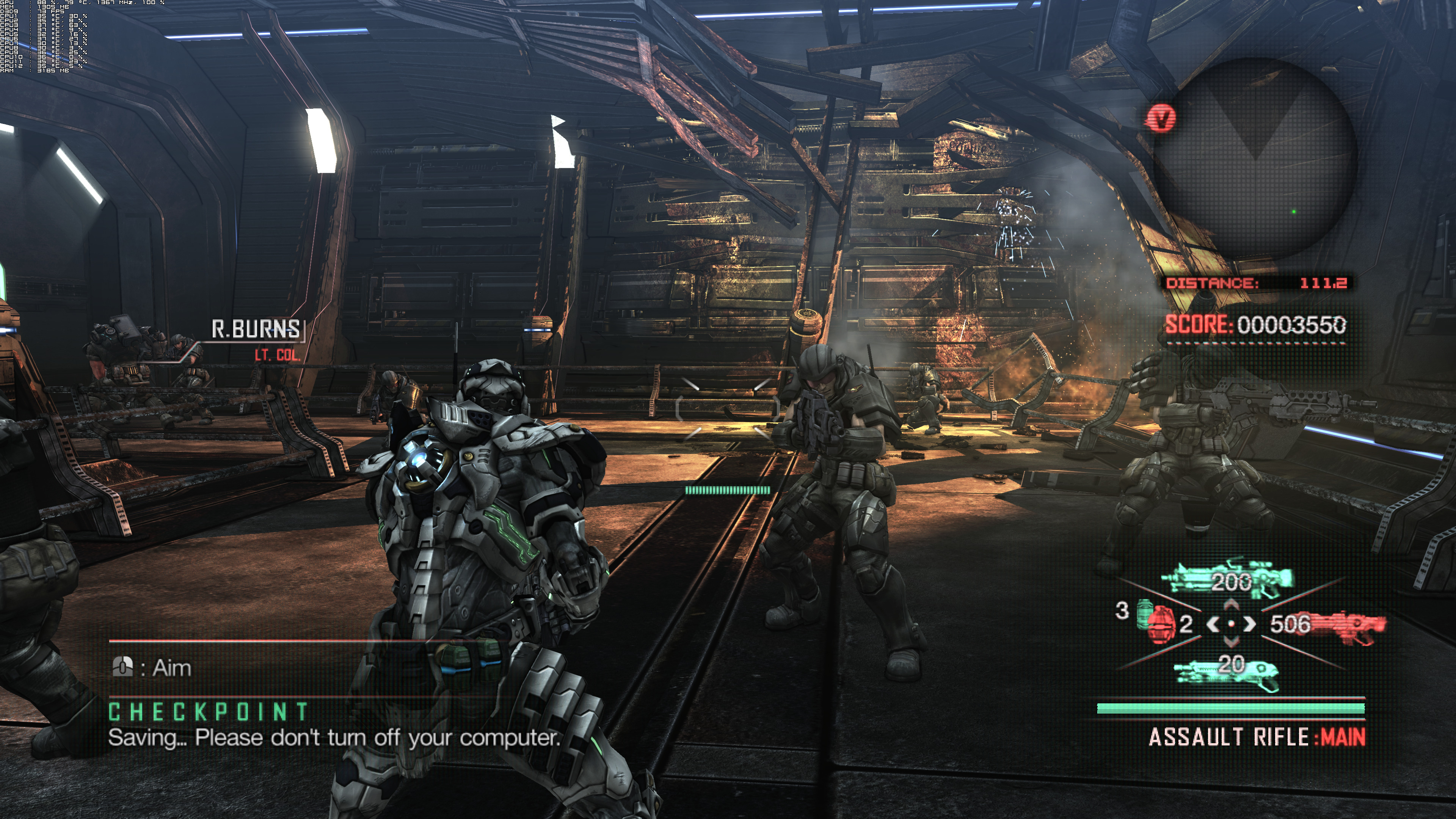 Moreover, and even though we were not CPU limited even at 1080p, our GTX980Ti was not used to its fullest. Yes, the game runs with more than 60fps, however in a lot of scenes our GPU was underused. Add to this the infamous ‘enemy damage increase’ bug that is tied to the game’s framerate and you got yourself a PC version that would benefit from some extra optimization tweaks. 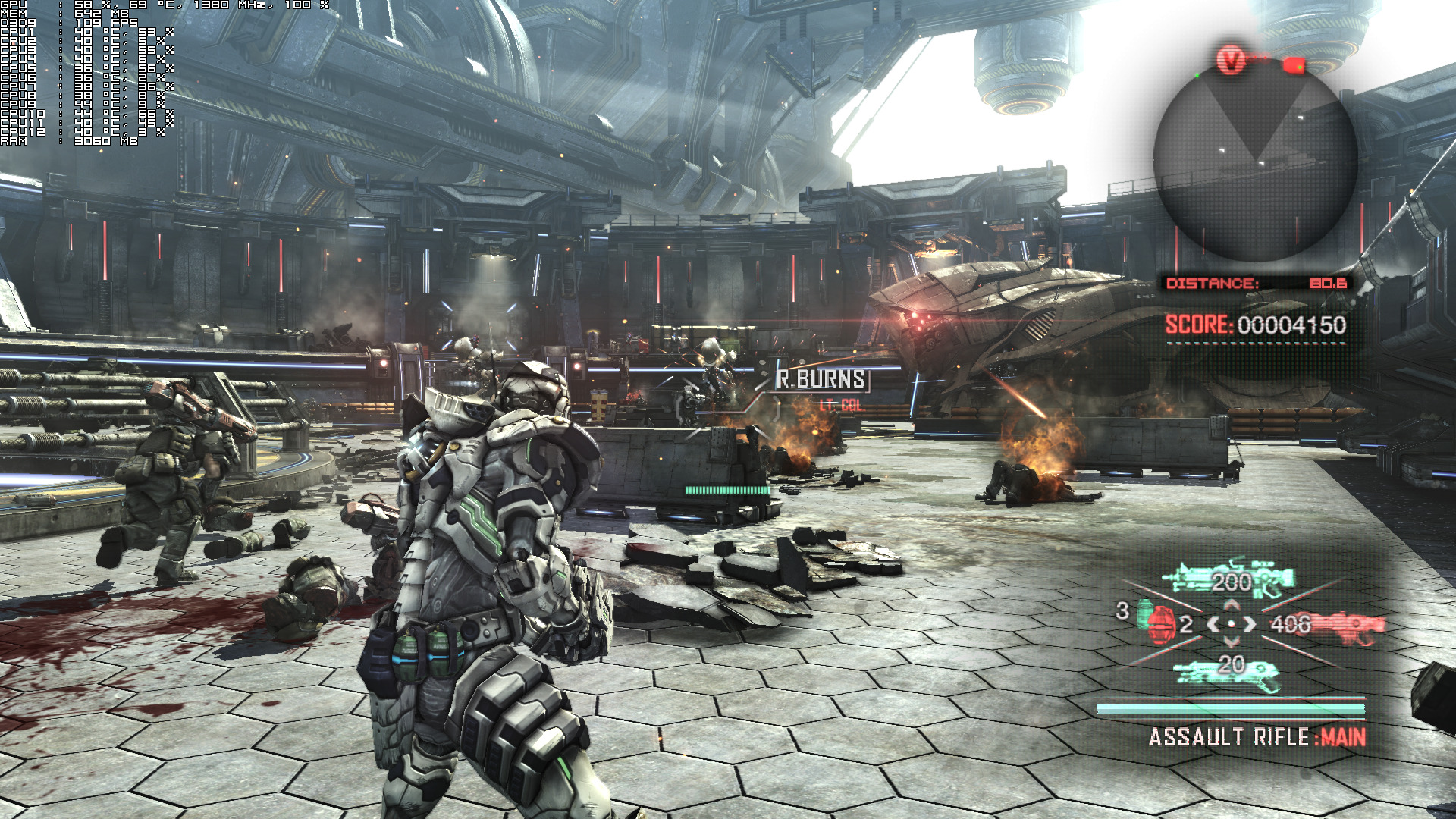 Vanquish does not require a high-end CPU in order to be enjoyed. In order to find out how the game performs on a variety of CPUs, we simulated a dual-core and a quad-core CPU. And we are happy to report that even our simulated dual-core system was able to offer a stable 60fps experience. 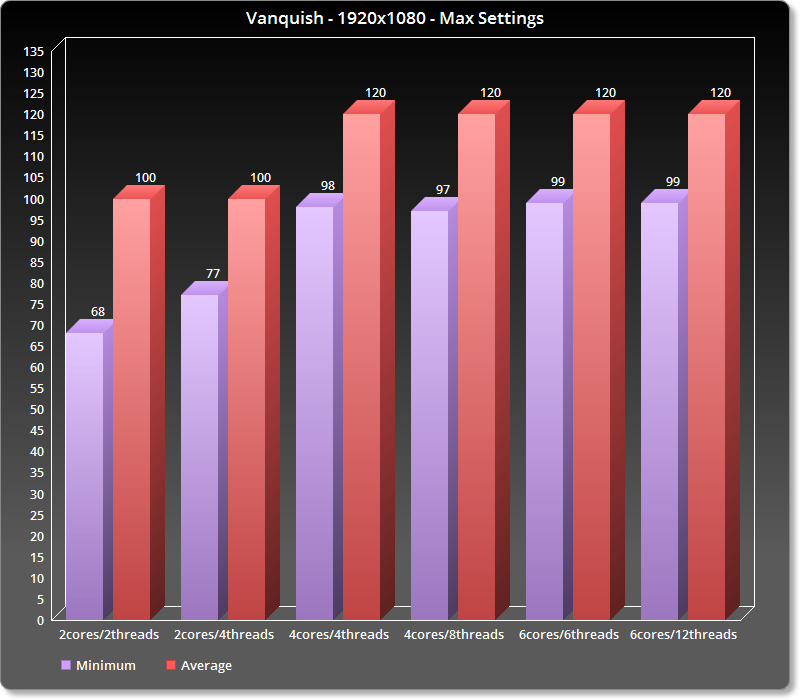 As said, Vanquish was originally released in 2010. Therefore, PC gamers should not expect a game that rivals current-gen titles. Still, and thanks to its hectic action, Vanquish looks cool. You will find numerous low-resolution textures, there are noticeable shadow pop-ins, and even the main characters look a bit blocky. Vanquish definitely feels like an old-gen title. Still, and as we’ve already said, it’s so full of action that most players won’t be bothered by the somewhat dated visuals.

All in all, Vanquish performs great on the PC. Yes, the game suffers from optimization issues (that can be especially noticed when playing in 4K resolutions). However, and despite these optimization issues, the game runs with more than 60fps on a variety of PC configurations on ‘normal‘ resolutions. It’s also worth noting that unlikely NieR: Automata, Vanquish plays wonderfully with the keyboard and mouse. There is no doubt that the PC version of Vanquish is the definitive version, and that a lot of PC gamers will be able to enjoy it. Still, we hope that Little Stone Software will go the extra mile and address the game’s issues. 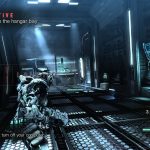 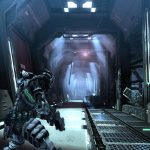 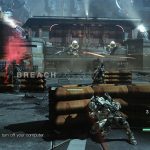 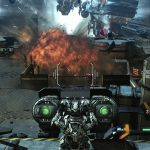 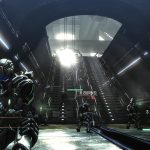 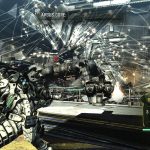 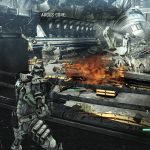 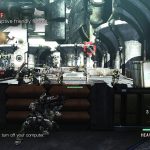 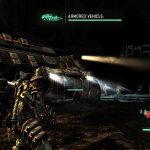 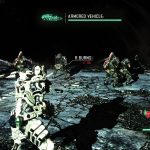 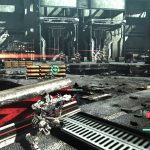 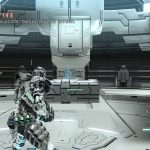