After sharing our initial concerns about The Medium, we’ve decided to explore numerous environments so that we could find demanding areas that were not suffering from optimization issues. We also wanted to test the game’s retail/final version. As such, it’s time now to benchmark the game’s DLSS 2.0 and Ray Tracing effects.

Bloober Team has used Ray Tracing in order to enhance the game’s Ambient Occlusion, Reflections and Transparent Reflections. The game currently offers two Ray Tracing Options: On and Ultra. For our benchmarks, we used the Ultra setting.

Now as we wrote in our previous article, there are various unoptimized scenes in which the framerate can take a big hit. These scenes are present in both single and dual reality scenes. Not only that, but you can find unoptimized scenes with and without Ray Tracing. For a non-RT example, you can read our previous article. Below you can also find an example in which the game’s RT effects can bring the RTX3080 to its knees. Yeap, this is The Medium running at 1440p/High/Ray Tracing Ultra WITH DLSS Quality at 16fps. Ouch. 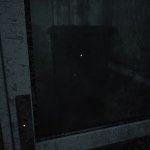 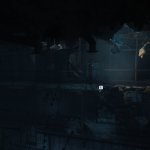 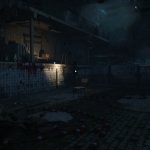 For our benchmarks, we used the dual-reality sequence at the beginning of Dayroom. This sequence reflects the in-game performance, and does not suffer from any unoptimized scenes.

DLSS works like a charm in The Medium. This is one of the best implementations of DLSS, and we highly recommend using it. Below you can find some comparison screenshots between DLSS and native 1440p. Seriously, we cannot praise enough DLSS as it looks almost identical to the native resolution (and in some cases better. For instance, Marianne’s hair is less aliased with DLSS).

On the other hand, Ray Tracing does not make a huge difference in this game. Below you can find some comparison screenshots between the rasterized and the ray-traced version of The Medium. And while there are some minor visual differences, we are not sure whether these minor graphical improvements justify the enormous performance hit. 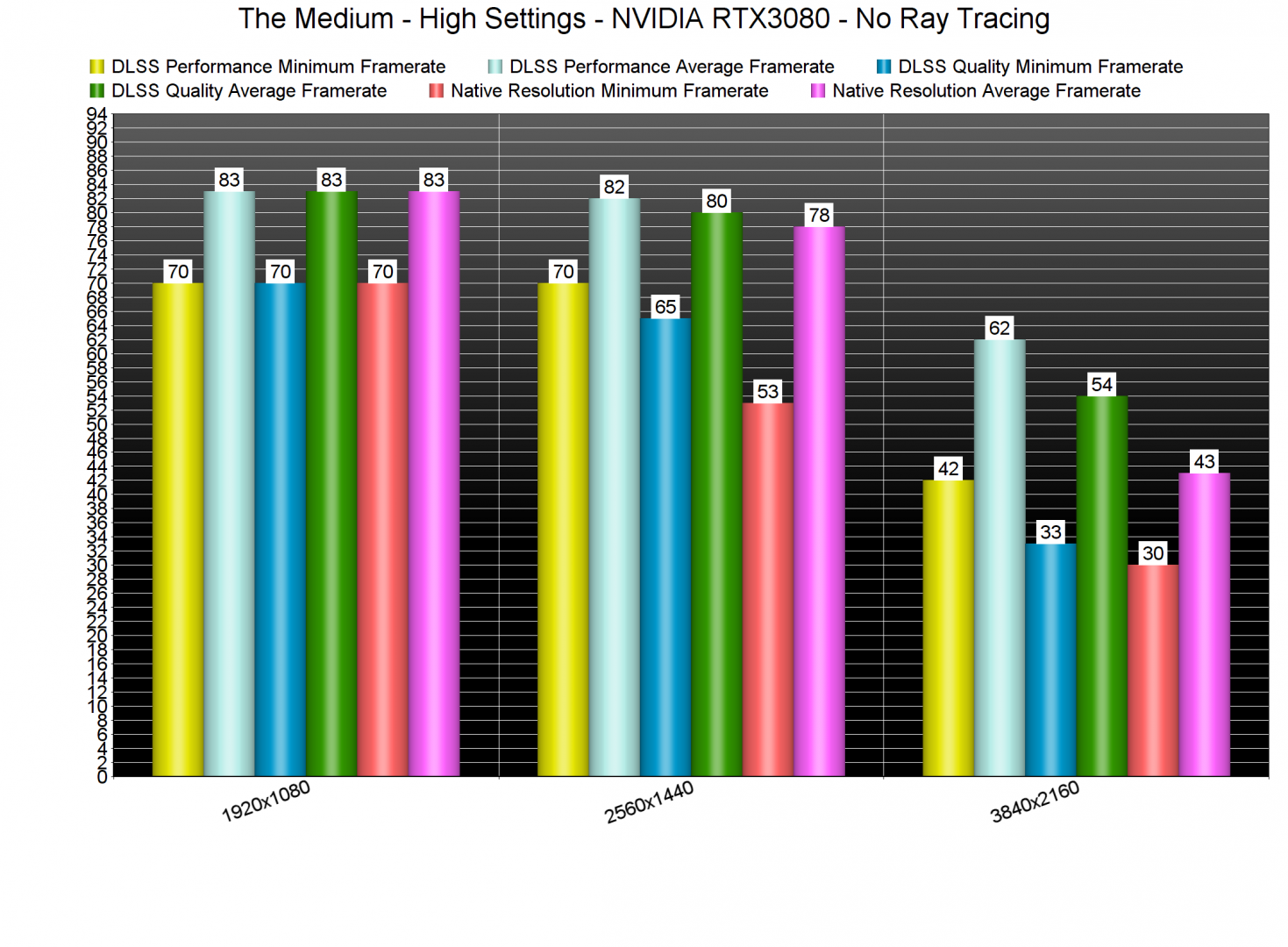 When it comes to Ray Tracing, in native resolutions, the RTX3080 struggles to run the game. At 1080p/High/Ray Tracing Ultra, we were getting a minimum of 47fps and an average of 55fps. In order to get a constant 60fps gaming experience, we had to enable DLSS. As for 1440p, we were getting drops below 60fps, even with DLSS Performance Mode. 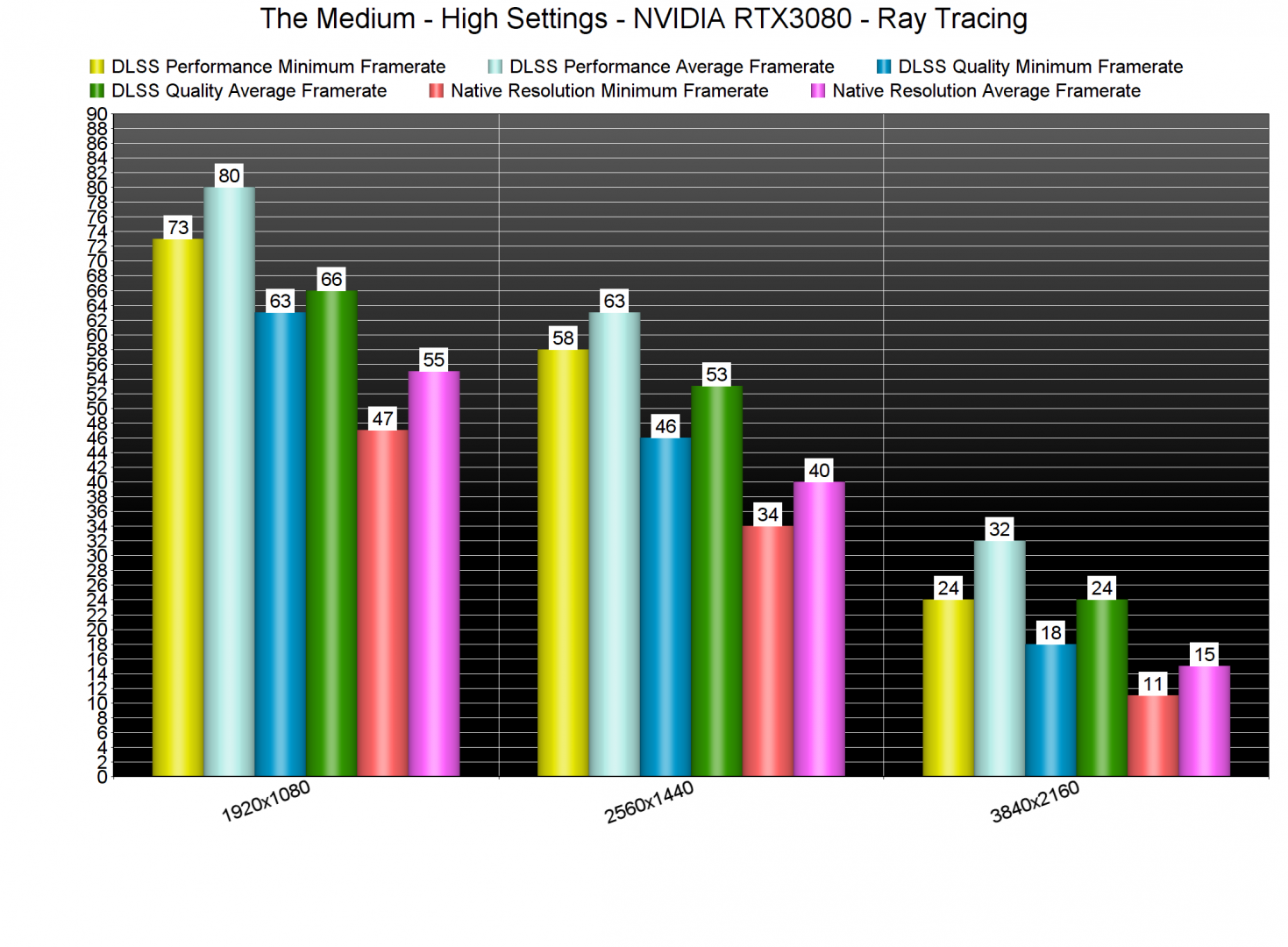 In conclusion, the Ray Tracing effects in The Medium bring a big performance hit. And, to be honest, we really don’t believe that these slightly improved visuals are worth the enormous performance hit. On the other hand, DLSS is absolutely incredible in this game, and we strongly suggest enabling it. In our opinion, DLSS without Ray Tracing is the best way via which you can experience The Medium.

Stay tuned for our PC Performance Analysis, in which we’ll be benchmarking various GPUs from both AMD and NVIDIA.