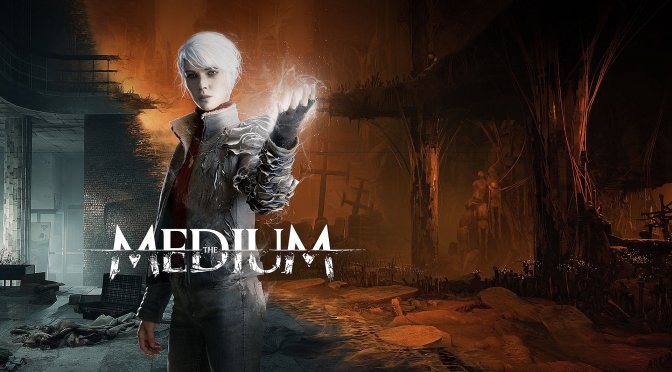 A lot of PC gamers were worried about The Medium the moment Bloober Team revealed its official PC system requirements. After all, and instead of targeting 60fps gaming, those requirements targeted 30fps gaming. And, similar to Bloober’s previous game, Blair Witch, The Medium has major performance/optimization issues on the PC right now.

Before continuing though, it’s worth mentioning the PC system we used for these initial tests. As usual, we used an Intel i9 9900K with 16GB of DDR4/3800Mhz, and an NVIDIA GeForce RTX 3080 Founder’s Edition. We also used Windows 10 64-bit, and the latest version of the official GeForce drivers.

The Medium uses both Ray Tracing and DLSS, and NVIDIA has provided us with a review code for it. However, and even without any Ray Tracing effects, the game cannot run smoothly on NVIDIA’s high-end GPU, the RTX3080.

For starters, the game suffers from major stuttering issues. Even though we’ve installed the game on an SSD 970 PRO NVMe M.2, we had major stutters in each and every room. These stutters are so annoying that they will undoubtedly put off a lot of PC gamers.

And then we come to the game’s performance. There are numerous scenes in which The Medium drops below 60fps on the NVIDIA GeForce RTX3080, even at 1080p/High settings and without any Ray Tracing effects. We seriously don’t know what’s going on here. What we do know is that the game’s graphics do not justify these ridiculously high PC requirements. Again, these underwhelming performance numbers are WITHOUT Ray Tracing.

For instance, here is a scene when you first use the game’s dual reality system. The image on the left is at 1440p/High Settings/Ray Tracing & DLSS, whereas the image on the right is at 1440p/High/No RT/ DLSS On. As you can see, and even with DLSS, the game runs below 60fps. Not only that, but the performance hit of Ray Tracing is only 7-8fps (which is abnormal as RT usually has at least a 30fps hit in this game).

The game also runs below 60fps at native 1080p/High settings (without Ray Tracing and without DLSS). 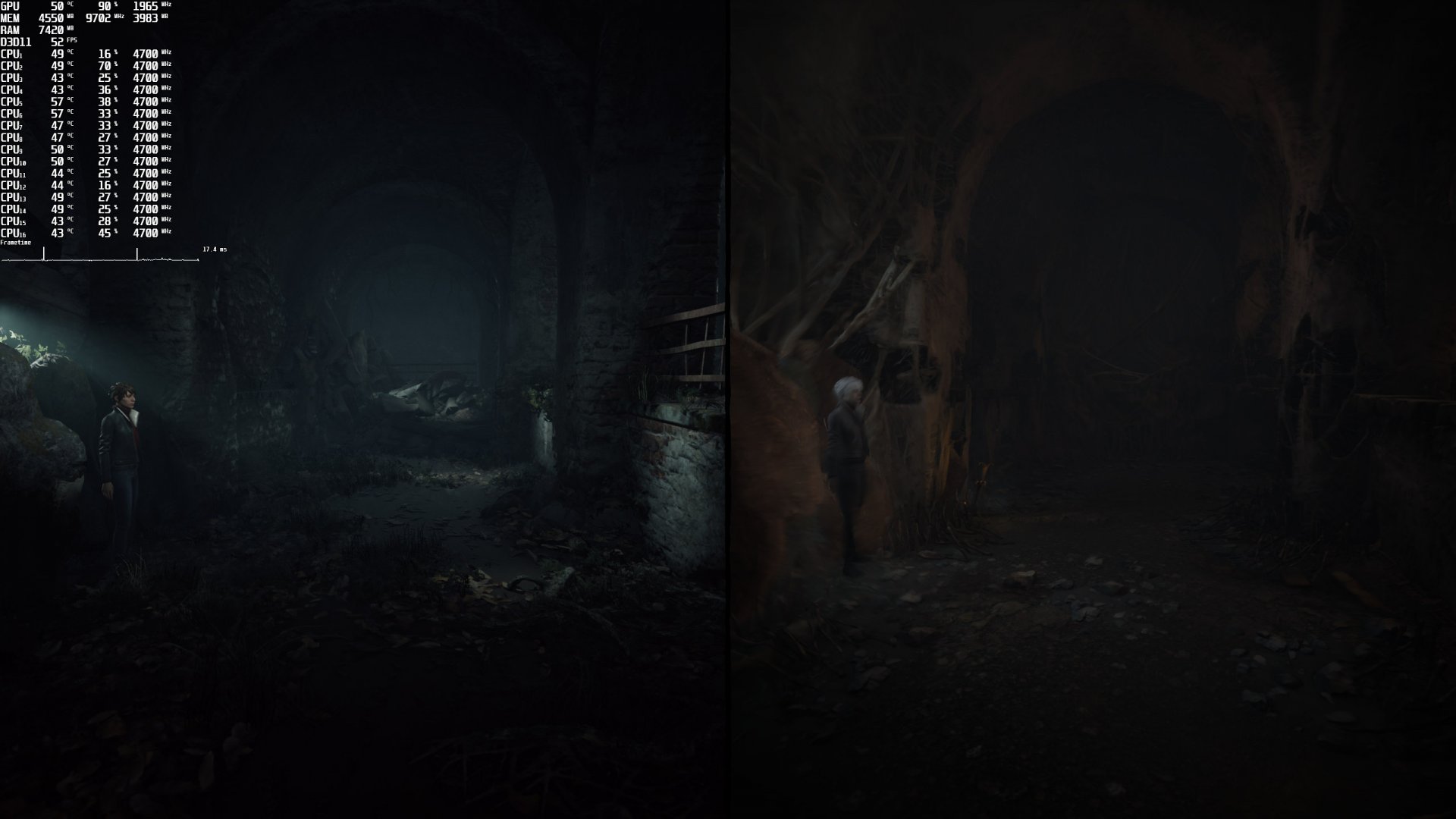 Lastly, I should note that these underwhelming performance figures are not due to the dual-reality system. Here is a dual-reality scene WITH Ray Tracing at 1440p/High/DLSS Quality. As you can see, in this dual-world scene the game runs with more than 80fps. 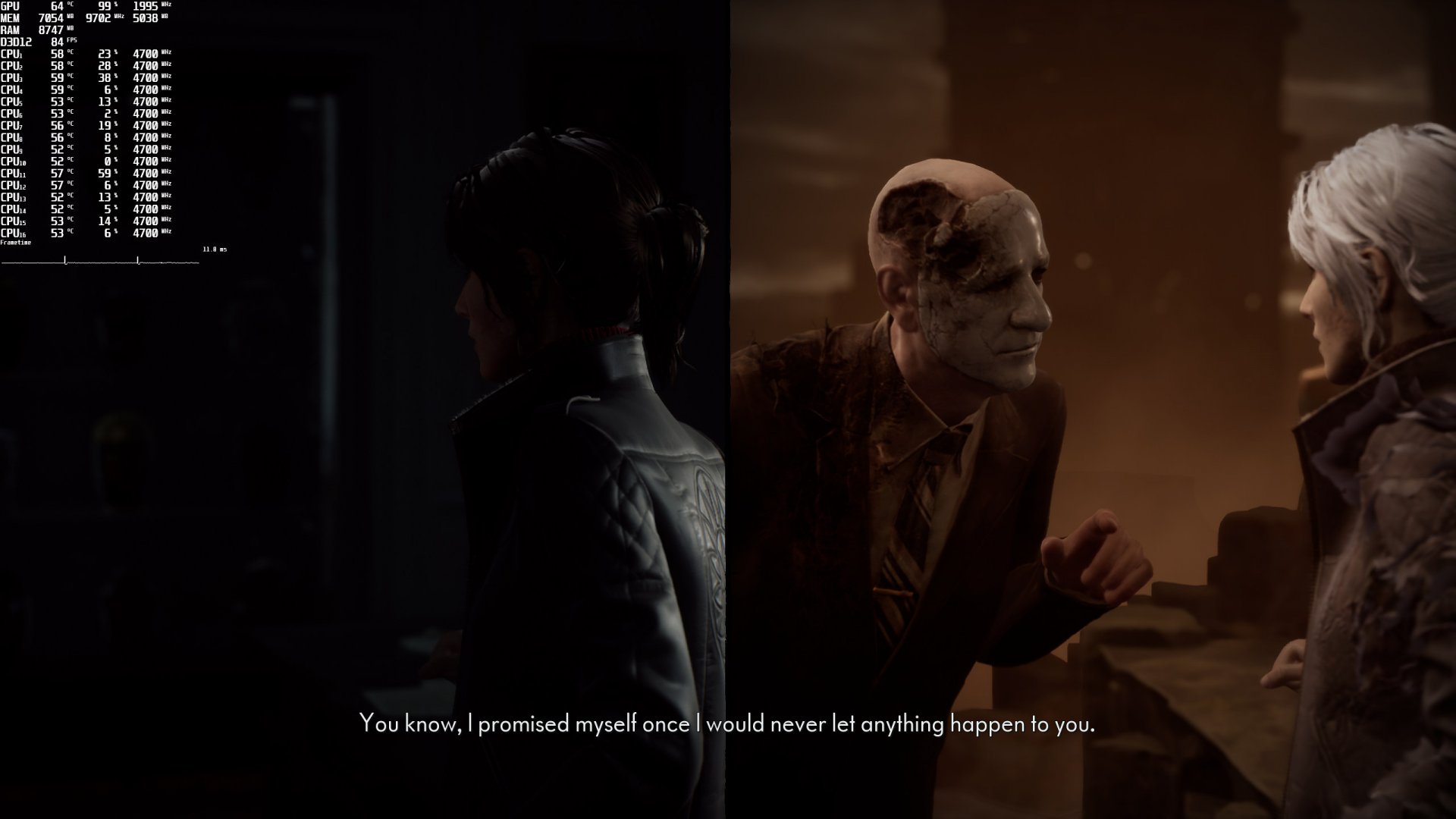 We’ve already informed NVIDIA and Bloober Team about these optimization issues. Thus, let’s hope that Bloober will address them via a post-launch update.

Stay tuned for our PC Performance Analysis, as well as our DLSS & Ray Tracing benchmarks.