There is no denying that there is something special about Piranha Bytes. Although their games are bugged to death, at their time of release, they are really addictive. They are not ground-breaking but – at the same time – they are unique and something that is worth your time and effort. And although Risen 2 is dumbed down (compared to the first Risen or the Gothic series) and consolized (especially the inventory system), it’s a pretty good and enjoyable game. Naturally, Piranha’s title had major technical issues when it was released, and that’s precisely why we decided to wait until they fix them.

As usual, we used an overclocked Q9650 (at 4.2Ghz) with 4GB, a GTX 295, the latest version of Nvidia’s GeForce drivers and Windows 7 64-bit. Nvidia has included an SLI profile for it and – for the most part – it performs amazingly. However, there were rare occasions were scaling was dropping at 70%. At first, we thought that we were CPU limited in those scenes but it seems that was not the case, as the game does not take advantage of quad-cores. It scales on them, but there isn’t any performance difference between a dual-core and a quad-core. Risen 2 is obviously optimized for dual-cores and although its engine is friendly to multi-GPUs, those scenes seem to be using ‘overlapping’ graphical effects that result in low SLI/Crossfire scaling.

As we can see in the following graph, our quad-core was not stressed at all, even when there were lots NPCs on-screen. Risen 2 is a GPU-bound game, therefore you’ll need a powerful card to enjoy it. A single GTX275 will offer you a choppy experience with 18-38fps. A GTX295, on the other hand, offers 38-65fps with max settings at 1080p. Like most games, the ‘choppiness’ is pretty obvious at 40fps but due to the game’s slow-paced nature, it’s enjoyable. 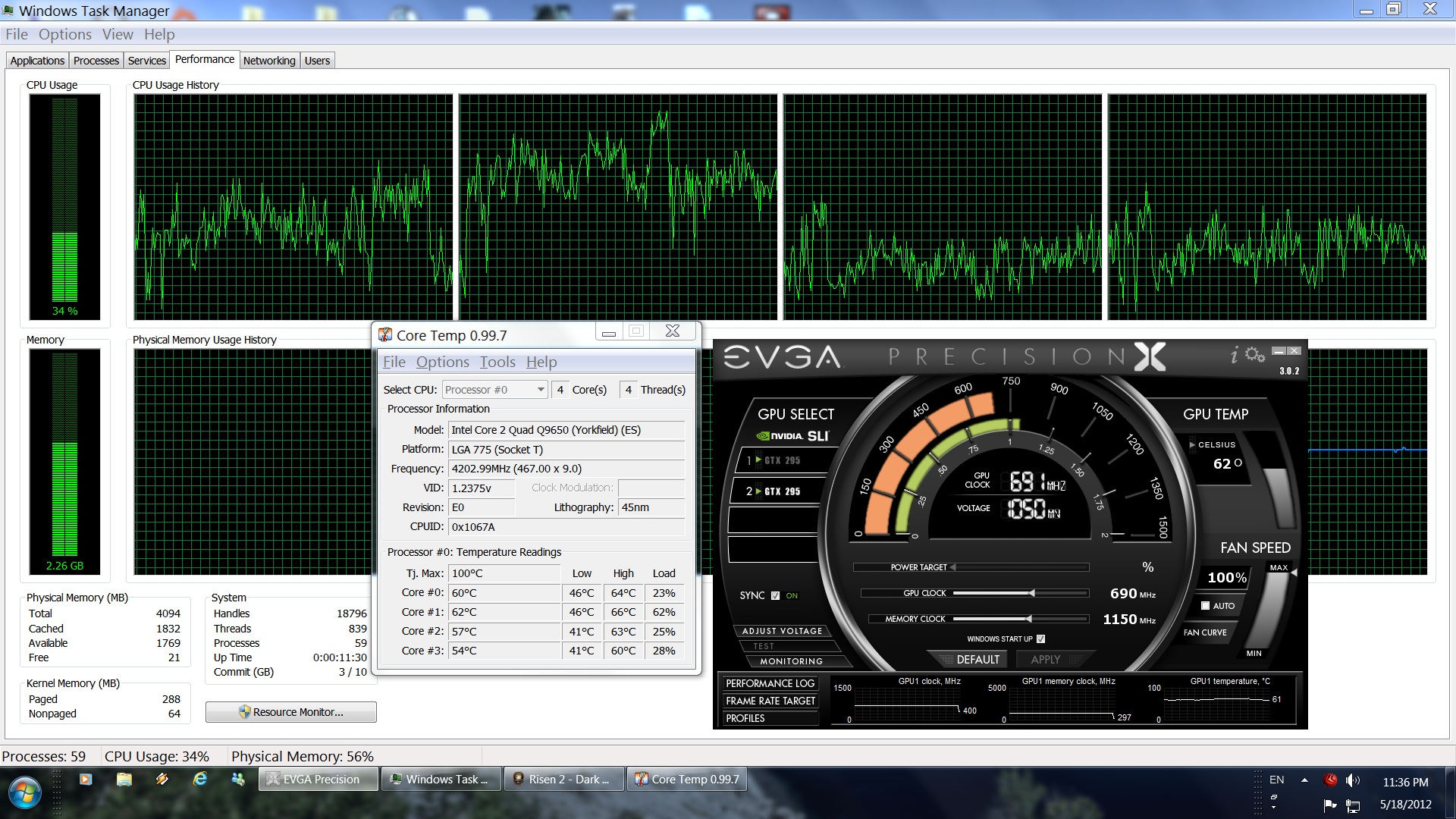 Risen 2: Dark Waters comes with a number of graphical options that can be tweaked. PC gamers can enable (or disable) DoF, Anti-Aliasing and Water Reflections. PC gamers can also choose their Shadow, Landscape, Texture, Foliage, Shader, and Object quality, as well as the Level of Detail quality. Ironically, there is a lot of pop-in even with the highest LOD option. We assume that Piranha Bytes did not offer any extreme in-game option for LOD because then, PC gamers would complain about the game’s performance. Those interested in getting a better LOD can edit the game’s .ini file. We should also note that there is some flickering with the game’s vegetation, in both SLI and Single-GPU modes.

Graphics wise, Risen 2 looks great. In fact, Risen 2’s jungles are similar to the ones of Crysis. The following shots could easily pass as Crysis shots (provided there was a first-person mode to ‘hide’ the main character. Vegetation (trees, plants and bushes) are almost the same with those found in Crysis. The big difference here is that Piranha Bytes used high resolution textures. Oh yeah, Risen 2 is one of the few PC titles that comes with gorgeous textures. Surely, there are some low-res here and there but overall, the game’s textures are drooling. Not only that, but Risen 2 supports both SSAO and POM. As a result of that, the shadow-y places look good and the terrain has a tessellated feel to it. It’s a nice trick, as Risen 2 does not support DX11.

The only downside to the game’s graphics is the characters. Man, these are some seriously awful character models. Add to this, an old-generation lip sync system and some atrocious animations and you have in your hands a game that looks beautiful only when there aren’t any NPCs around. Oh, and the day-night cycle is underwhelming as there isn’t any real-time cycle. Instead of a full dynamic system, the game’s sun changes positions in specific times, which results in bad shadow transitions. The same thing was present in both Risen 1 and Gothic 4 (even though Gothic 4 was not developed by Piranha Bytes). 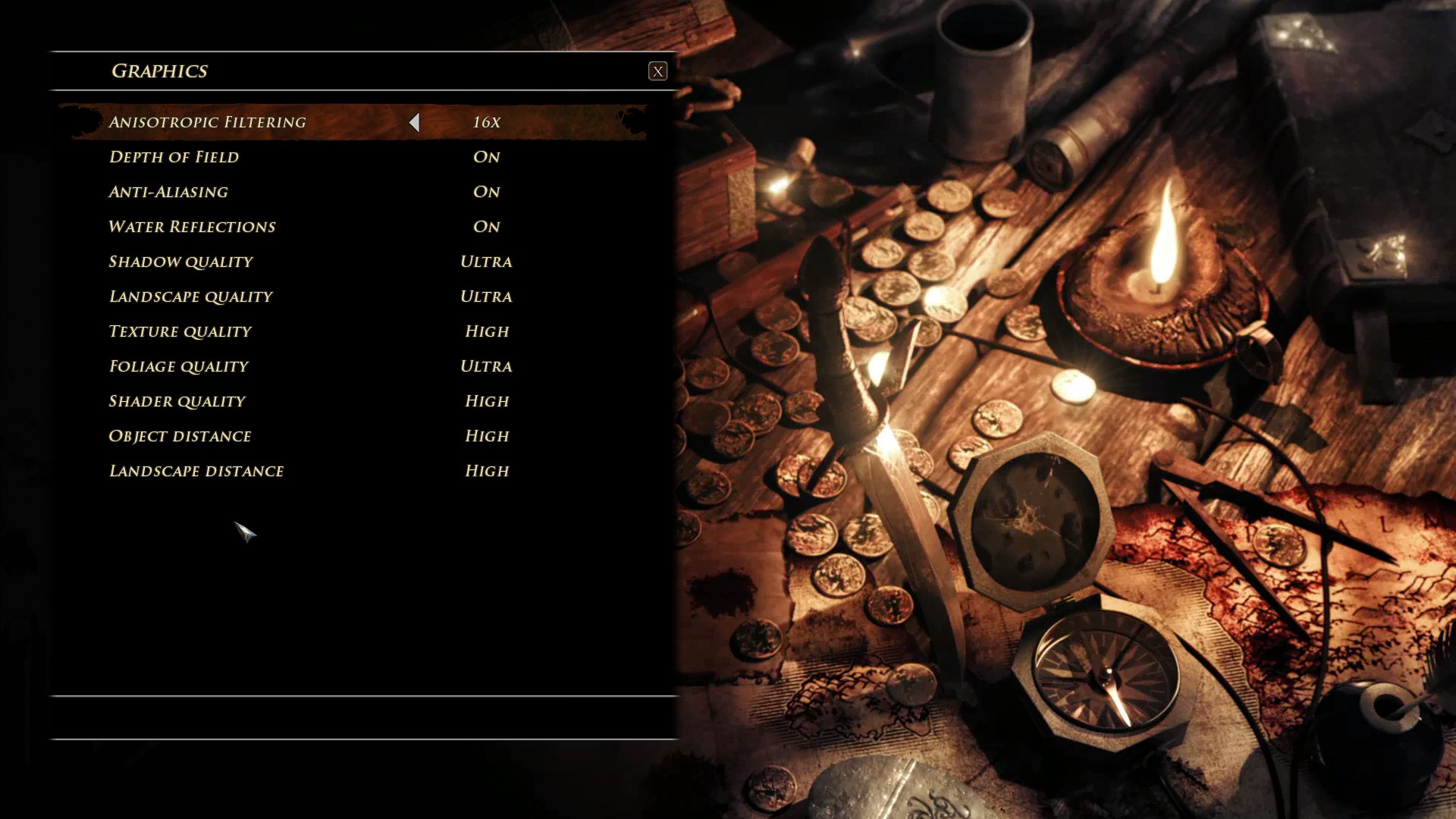 As a game, Risen 2 is actually good. It’s a classic Piranha Bytes game, even though it has been dumbed down for consoles. Seriously, the inventory is a mess and was built with the console controllers in mind. It’s enjoyable but it could be so much more than what it currently is. And yeah, it’s not as good as Risen 1. The combat system, in particular, got worse. It feels awful at the beginning and some of you might hate the game for that. Later on, players can upgrade their skills and the combat becomes slightly better, but not much. Evading (or rolling around enemies) is not as good as we’d hoped to, as there is a slight delay between issuing and performing the order. This delay can be crucial in hard fights, so forget those ‘The Witcher 2’ dances around your enemies. In Risen 2 you’ll have to rely in smashing the attack button, blocking until you can shoot an enemy, and upgrading the counter-attack skill.

All in all, Risen 2 is a good performer. Even though SLI scaling works great, there are occasions where it drops, for no apparent reason. Piranha Bytes’ game is GPU-bound and won’t stress your CPU, provided you have a high clocked dual-core processor. As you may have guessed, raising your CPU’s frequency results to a smoother gaming experience than throwing more CPU cores to it. Make also sure to download its patch as it fixes a lot of technical issues, especially if you own an SLI system (otherwise you’ll have some annoying stuttering effects). 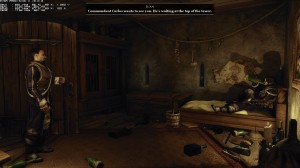 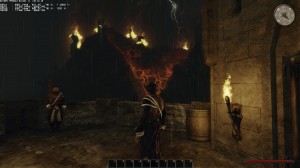 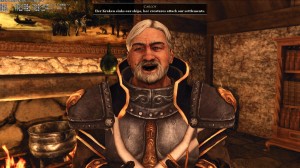 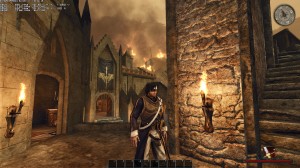 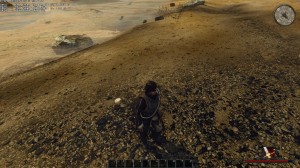 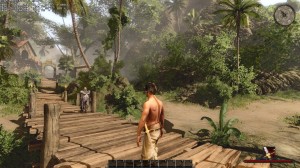 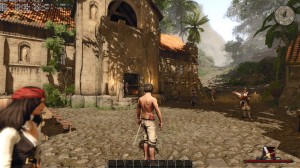 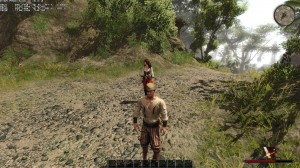 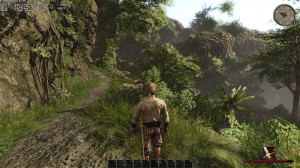 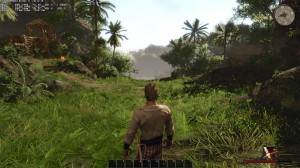 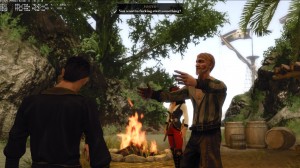