We’ve been covering Metro: Last Light’s launch this whole week, and it’s time now for our Performance Analysis. Metro: Last Light is the sequel to Metro 2033, and is powered by 4A Games proprietary engine, 4A Engine. According to the developers, the engine has been optimized and the game is said to be running better than its predecessor. Well, we are happy to report that 4A Games’ claims are true. Metro: Last Light performs better than Metro 2033, even though it is one of the most demanding titles available on the PC.

As always, we used an overclocked Q9650 (4.2Ghz) with 4GB RAM, an Nvidia GTX 690, the latest version of the GeForce drivers and Windows 7-64Bit. Nvidia recommends its latest beta driver for Metro: Last Light, a driver that comes with a – supposedly – updated SLI profile for it and is said to be offering a 10% performance boost.

Unfortunately though, it seems that this driver has a lot of issues. Nvidia needs to update this SLI profile as soon as possible as the SLI scaling is not up to what we’ve been hoping to. Metro: Last Light’s benchmark tool resulted with an average of 52fps at 720p (max settings without SSAA and Advanced PhysX) in both SLI and Single-GPU modes. It seems a bit weird that both SLI and Single-GPU modes had the same results, but let’s assume that we were CPU limited. The moment we raised our resolution at 1440p, we noticed a 12-17fps performance hit. What really surprised was the fact that our GPU cores were not stressed at all (when we raised our resolution). As you may already know, higher resolutions affect the GPU and not the CPU. In other words, there is no reason behind that performance hit. Therefore, we are convinced that the current SLI profile is not working as good as it should. 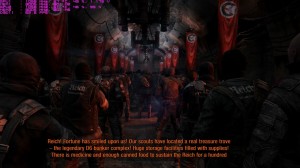 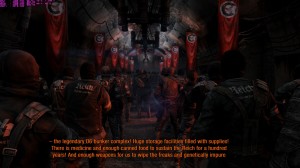 Not only that, but Metro: Last Light suffers from some annoying stuttering issues. It didn’t matter whether we were running the game in Single-GPU or in SLI mode as there was noticeable stuttering in both configurations. Quite frankly, Metro: Last Light’s stuttering fest can literally destroy your gaming experience, and can be as annoying as the one spotted in Bioshock: Infinite. The game also suffers from various flickering issues (that can be easily spotted in both Nvidia and AMD camps). Both Nvidia and 4A Games are aware of these issues, so let’s hope that they’ll be able to fix them sooner than later. 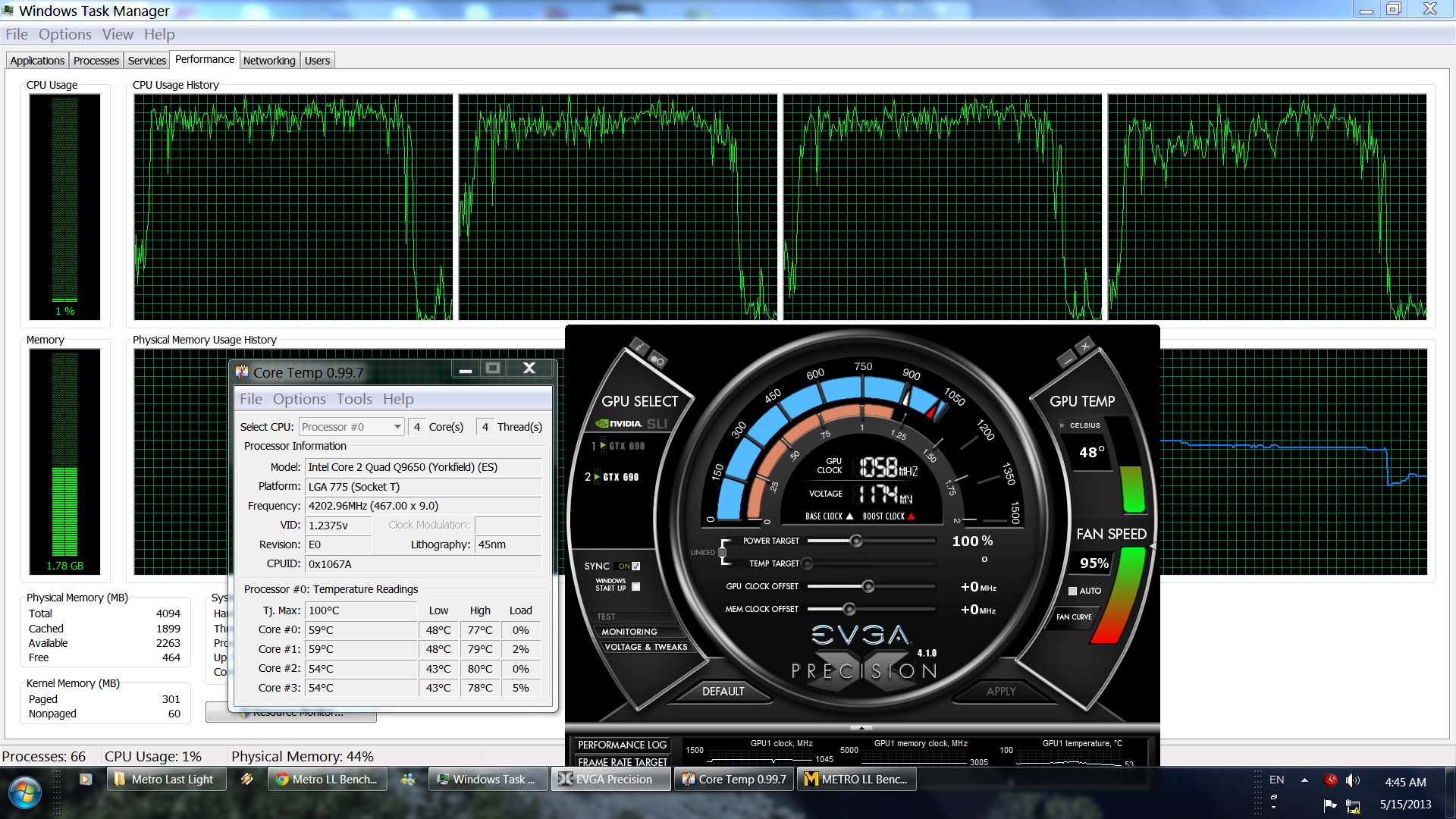 Metro: Last Light demands a high-end PC to truly shine. A dual-core system will be enough for the lowest settings (provided you are not GPU limited) and will offer you better framerates than its console counterpart. While simulating a dual-core CPU, our GTX690 (in Single-GPU mode, meaning that it was performing like a GTX680) was used at around 60-90%. And while its benchmark – average – result was 31fps, the in-game framerate was higher than that. This further proves that Metro: Last Light is a GPU bound title. Truth be told though, players will need a quad-core CPU in order to run it at constant 40+ fps. At this point, we should note that the benchmark tool is basically a stress test. Thus, if you’re getting mid 40s, you’ll be able to run Metro: Last Light without major issues and at higher framerates than those witnessed while running the benchmark tool.

Metro: Last Light is also powered by Nvidia’s PhysX effects, and offers an advanced physics option that can be enabled by both Nvidia and AMD users. This advanced setting offers cloth simulation, fog volume, additional debris, bouncing sparks and explosive enhancements. Nvidia users can let their GPUs handle those advanced PhysX calculations while AMD users will have to rely on their CPUs. We strongly suggest avoiding that option if you are an AMD user or if you don’t own a high-end Nvidia card. Enabling this option brought us a 17% performance hit and in all truthfulness, the end result was not as impressive as what we’d originally imagined. Yes, there is a difference but we’ve seen those bouncing sparks and cloth simulations in other titles such as Crysis; titles that did not even require PhysX to begin with.

Graphics wise, Metro: Last Light is a great looking game, though it has its flaws. 4A Engine supports most modern-day techniques (like bump mapping, subsurface scattering for skins, soft particles, volumetric texturing, anamorphic lens flares, ambient occlusion, parallax occlusion mapping, tessellation, etc) and its overall presentation is pleasing to the eye. Disappointingly though, 4A Games did not provide extended/advanced graphical options. Instead, the company offers some presets that are similar to those featured in Crysis 2 vanilla. 4A Games also claimed that it has used 2048x2048 textures, though we can easily spot a lot that look as blurry as those found in other multiplatform titles. Contrary to its predecessor, the animation system has been tweaked and players move more life-like than before. Lip-syncing, on the other hand, is not up to the standards set by L.A. Noire and Half-Life 2, however it’s comparable to what most other multiplatform titles are currently offering (and way better than what indie or low-budget titles are currently achieving). 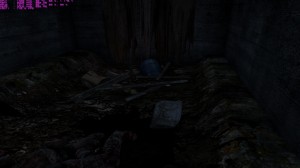 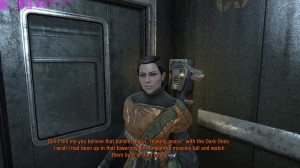 All in all, we have mixed feelings about Metro: Last Light. The game takes advantage of more than three CPU cores, however it suffers from some annoying stuttering issues. Furthermore, 4A Games did not offer any FOV slider (there is a workaround for this thanks to the first patch that has already been released) or proper advanced graphical options. Moreover, Nvidia has not done a great job with the game’s SLI profile, meaning that the green team will have to release a new profile with better scaling. As said, flickering issues are present in both AMD and Nvidia cards, meaning that this could very well be a bug with the game’s engine. For what is worth, our in-game framerate did not drop below 40s (at 1080p with max settings but without PhysX), despite this borked profile. In its current state, Metro: Last Light is playable – and enjoyable if you can overlook its stuttering issues. However, there is still room for improvement. Therefore, let’s hope that AMD, Nvidia and 4A Games will address those aforementioned issues as soon as possible.

Enjoy the screenshots and the first minutes of the game, thanks to our reader Justin Salih! 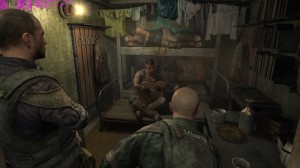 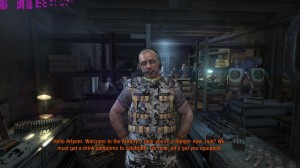 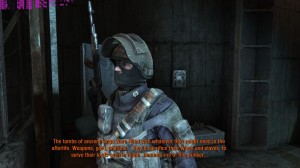 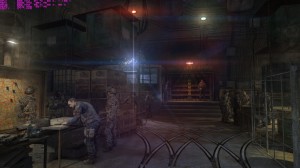 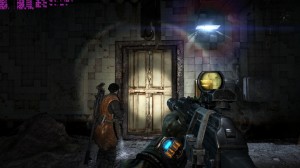 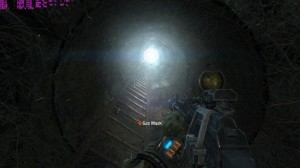 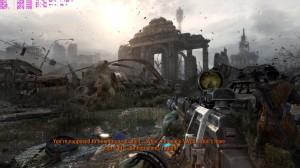 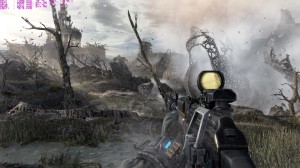 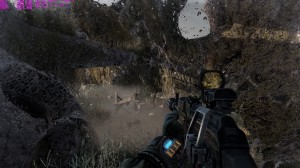 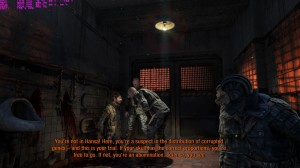 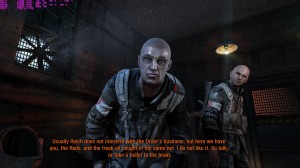 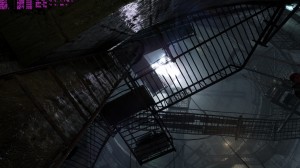 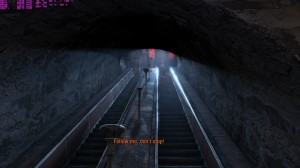 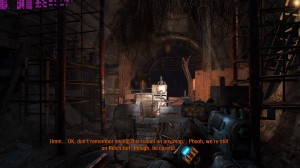