When Lost Planet 3 was showcased for the first time, everyone thought that it was a Dead Space wannabe. And you know what? You can’t really blame them as Lost Planet 3 shares an identical environment with Visceral Games’ third-person game. Not only that, but there are even more similarities between these two games; from the opening scene to the inventory HUD and the claustrophobic feeling (Lost Planet was an action game and not a horror-wannabe title). Lost Planet 3 was definitely inspired by Dead Space, though it also comes with some additional features such as mechs, a grappling hook, more action sequences than its ‘rival’, a main character that looks like Nicolas Cage, a generic camp, and a really horrible lip-syncing system.

As always, we used an overclocked Q9650 (4Ghz) with 4GB of RAM, an Nvidia GTX 690, the latest version of the GeForce ForceWare drivers and Windows 7-64Bit. The green team has already included an SLI profile for it, thus PC gamers won’t have to mess around with third-party tools to enable it. Surprisingly enough, Lost Planet 3 is not using Capcom’s proprietary engine but rather Epic’s Unreal Engine 3. This means that the game is looking… well… like most multi-platform games that are powered by Epic’s engine. On the other hand, Lost Planet 3 is not a demanding title, and will run without issues on a variety of PC systems.

As we can clearly see, our Q9650 was merely used, and we did not witness any performance hit when we simulated a dual-core system. This means that a dual-core (running at 4Ghz) will not have any performance issues at all with Lost Planet 3, and will be able to push constant 62fps at any resolution (provided it is not GPU limited). Lost Planet 3 does not feature extensive environmental destruction, its overall interactivity is somehow limited, and the enemy AI is as basic as it can get. To put it simple; there isn’t much to stress a modern-day CPU, and that’s precisely why we’re witnessing such a low CPU usage. 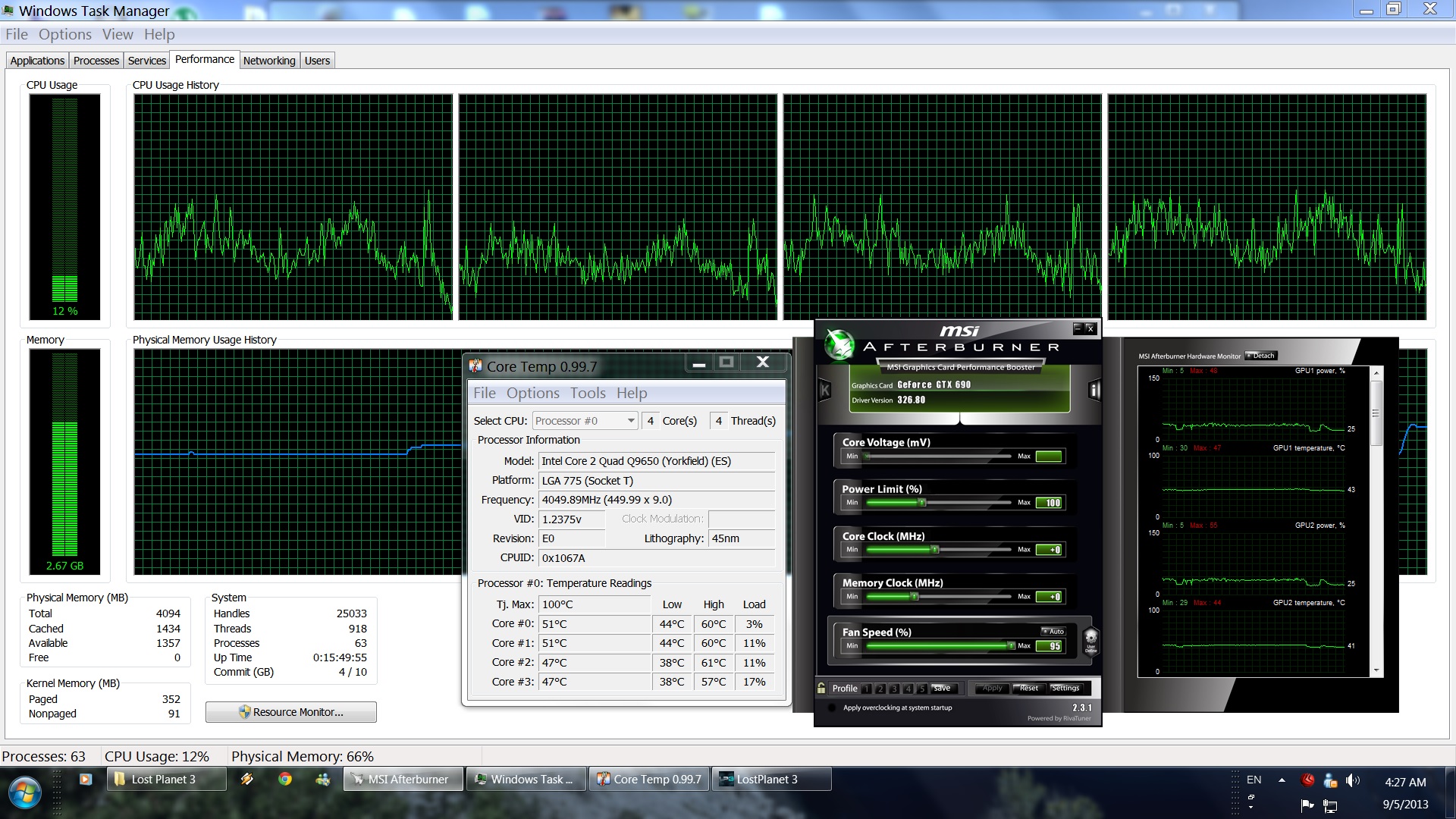 Lost Planet 3 is mainly a GPU bound title, though it does not require a high-end GPU to run with constant 62fps. A single GTX680 was able to handle this game at 1080p and with all the graphical details set on max. Even when we used a really high resolution (3200×1800), the game was running fine on it. In order to find out the differences – and witness whether SLI scaling is good or not – we disabled Unreal Engine 3’s framerate limitation (you can disable it via the game’s LostPlanetEngine.ini file. The command you’re looking for is bSmoothFrameRate. Just change this command from TRUE to FALSE. Make also sure to change the file to ‘Read Only’, otherwise your changes will be reset next time you start the game).

Lost Planet 3 was running with 100 min fps and 200 max fps on our GTX690 at 3200×1800. SLI scaling was amazing and was averaging around 85-95%. Our GPU usage and SLI scaling did not decrease when we simulated a dual-core system, proving that Lost Planet 3 relies heavily on the GPU rather than the CPU. Our GTX 690 was also able to handle this title at a 4K resolution (3840×2160), meaning that those with some newly bought 4K TV’s will be able to enjoy it without making any compromises (provided they have a high-end card such as a GTX690 or a Titan).

Graphics wise, Lost Planet 3 looks just the way you’d expect from a multi-platform title. There are a lot of low-res textures and it seems that the game does not – natively – support ambient occlusion. Despite that, Spark Unlimited has implemented a full dynamic shadowing system for almost every character. It’s been a while since we got dynamic shadows being casted from every light source (something that should be happening in games like Splinter Cell: Blacklist, but whatever), so kudos to the development team. We should note though that we did encounter some graphical issues as some characters were not casting – occasionally – shadows. This issue could be temporarily ‘fixed’ by simply reloading a level. We don’t know if this is a glitch with Nvidia’s drivers or if Spark Unlimited needs to patch the game to address it, but we’ve included some images to showcase this bug below. 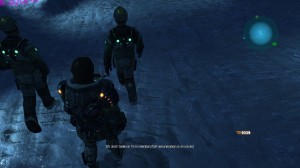 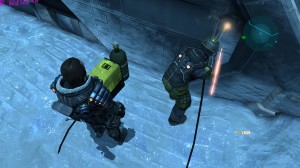 Lost Planet 3’s visuals left us a bit puzzled. While the dynamic shadowing system looks great, there is no AO and thus the indoor environments feel a bit flat. While there are some truly amazing light shafts, they can get really annoying as they were overused in some occasions. While the game can look great in some scenes, it can look awful in others (mainly due to its low-res textures). While there are some open environments with great backgrounds and a nice amount of particles effects, they feel somehow empty and underwhelming. And while the animation system looks okay-ish, the lip syncing system is terrible and as old-gen as it can get.

Overall though, Lost Planet 3 looks and plays fine for a multi-platform title. There are proper keyboard and mouse indications on screen, and we did not witness any mouse acceleration side effects. Lost Planet 3 is fully playable on dual-core systems, and despite the fact that it can be described as a GPU bound title, it does not require a high-end card to be enjoyed at max settings (provided you do not use higher resolutions than 1080p). 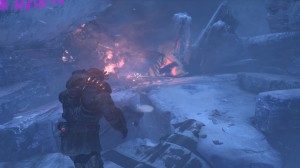 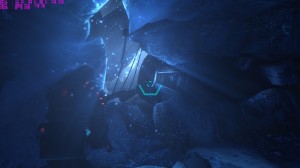 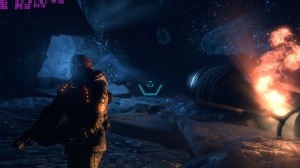 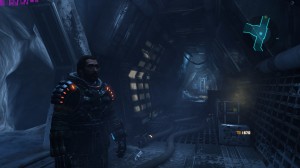 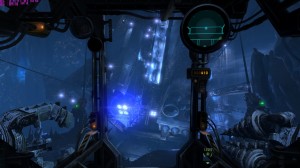 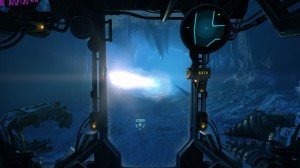 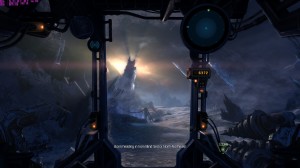 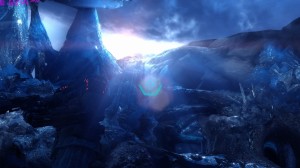 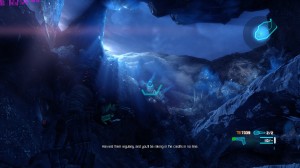 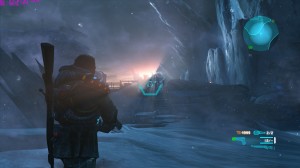 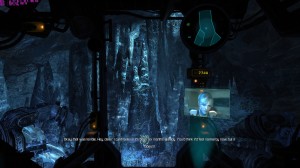