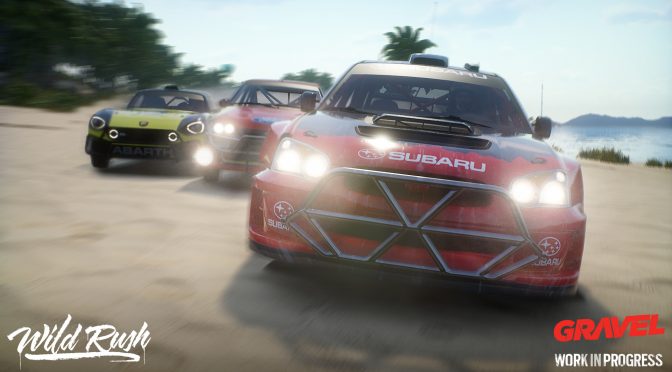 Gravel is a new off-road racing game, described as the most extreme racing game that is just pure fun. This is the latest racing game from Milestone and since it is powered by Unreal Engine 4, we were really curious to see what the team has accomplished with it. The game is now available on the PC so it’s time now to benchmark it and find out how it performs on the PC platform. 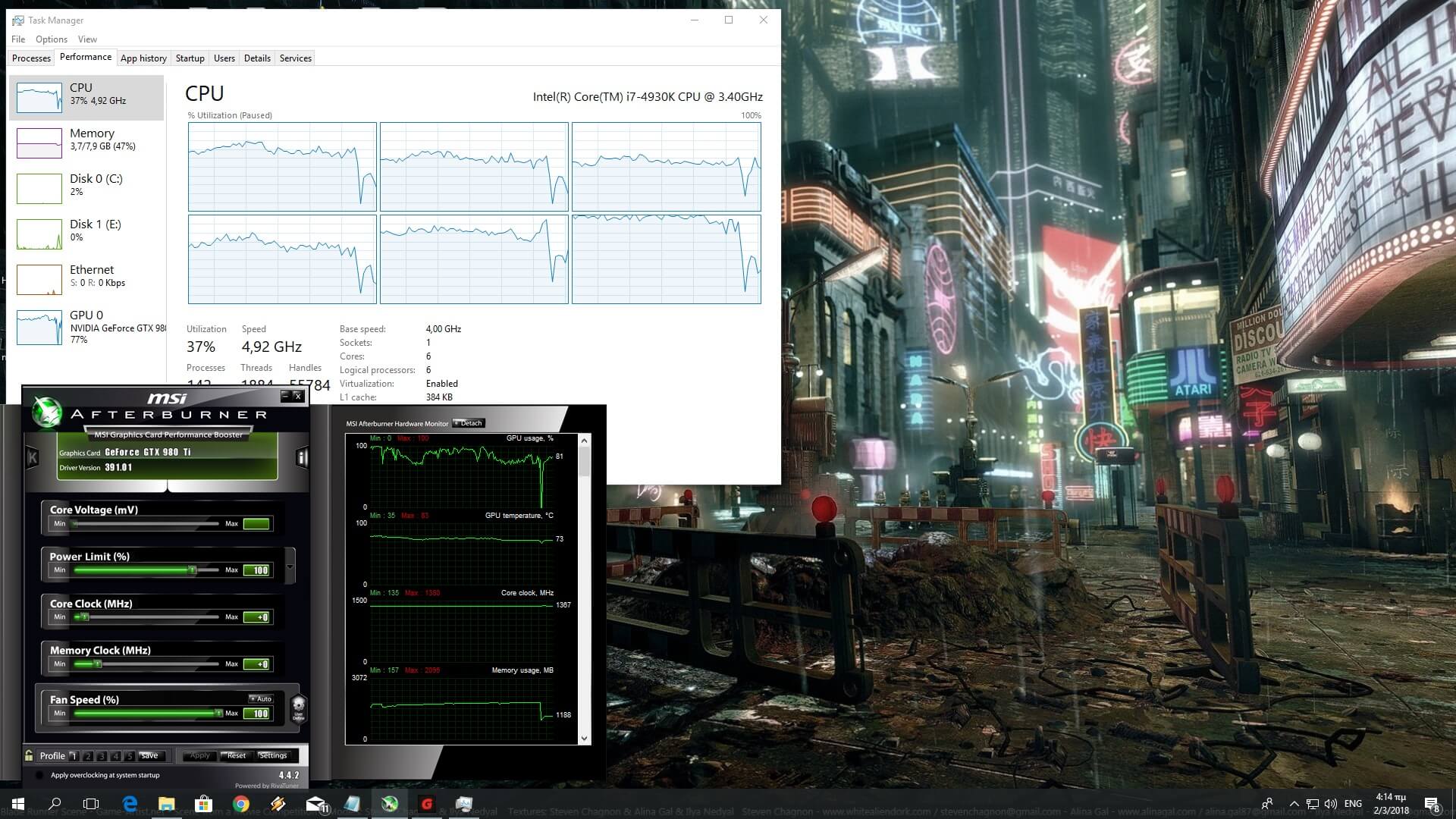 For our benchmarks, we used the replay of the Alaska track. This is a really big track that is full of foliage and the replay can really tax the modern-day graphics cards. Do note that the actual in-game performance is better than the replay performance (there is around 10fps difference).

In order to find out how the game performs on a variety of CPUs, we simulated a dual-core and a quad-core CPU. For our CPU tests, we lowered our resolution to 720p and completely disabled anti-aliasing (so we were not bottlenecked by our GTX980Ti). Our simulated dual-core system was able to provide a constant 60fps experience, however, we noticed major frame pacing issues. These issues were completely resolved the moment we enabled Hyper Threading. On the other hand, our simulated quad-core and our six-core systems performed similarly. 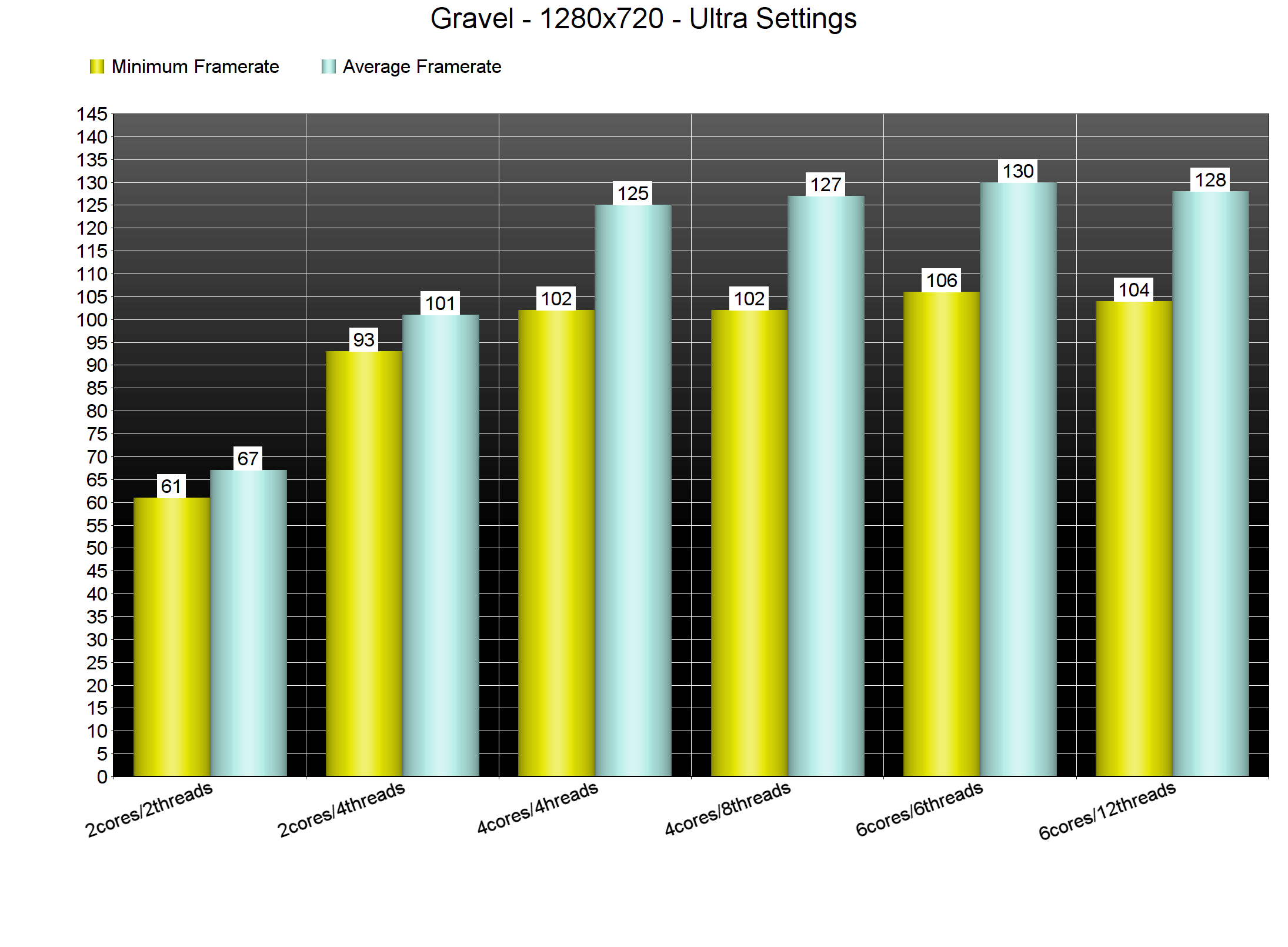 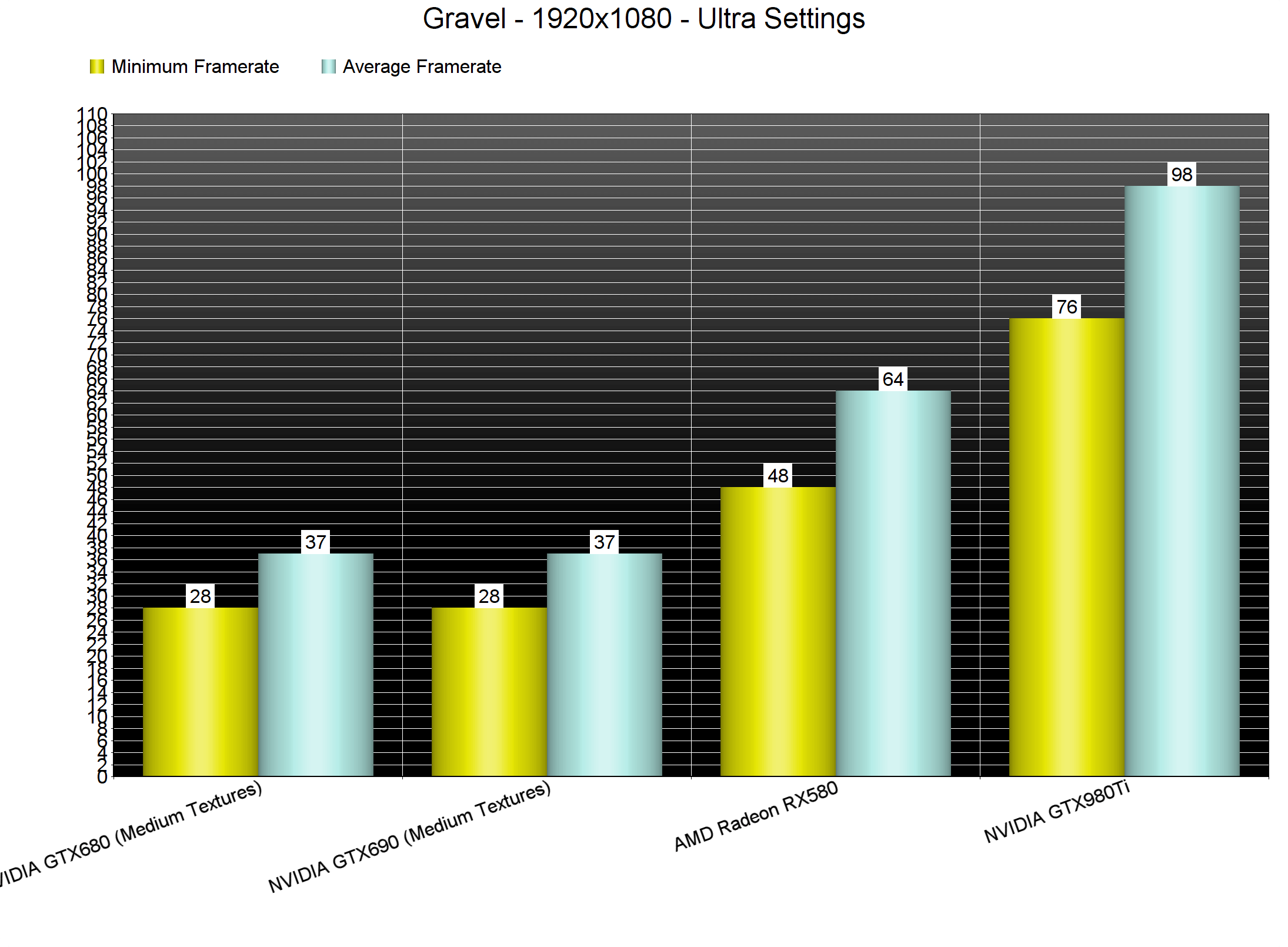 Gravel comes with four presets: Low, Medium, High and Ultra. Surprisingly enough, there aren’t many performance differences between Ultra and High. Furthermore, the game’s anti-aliasing solution does not appear to have a major performance impact (even though the visual difference between AA: Off and AA: Temporal-AA High is huge). 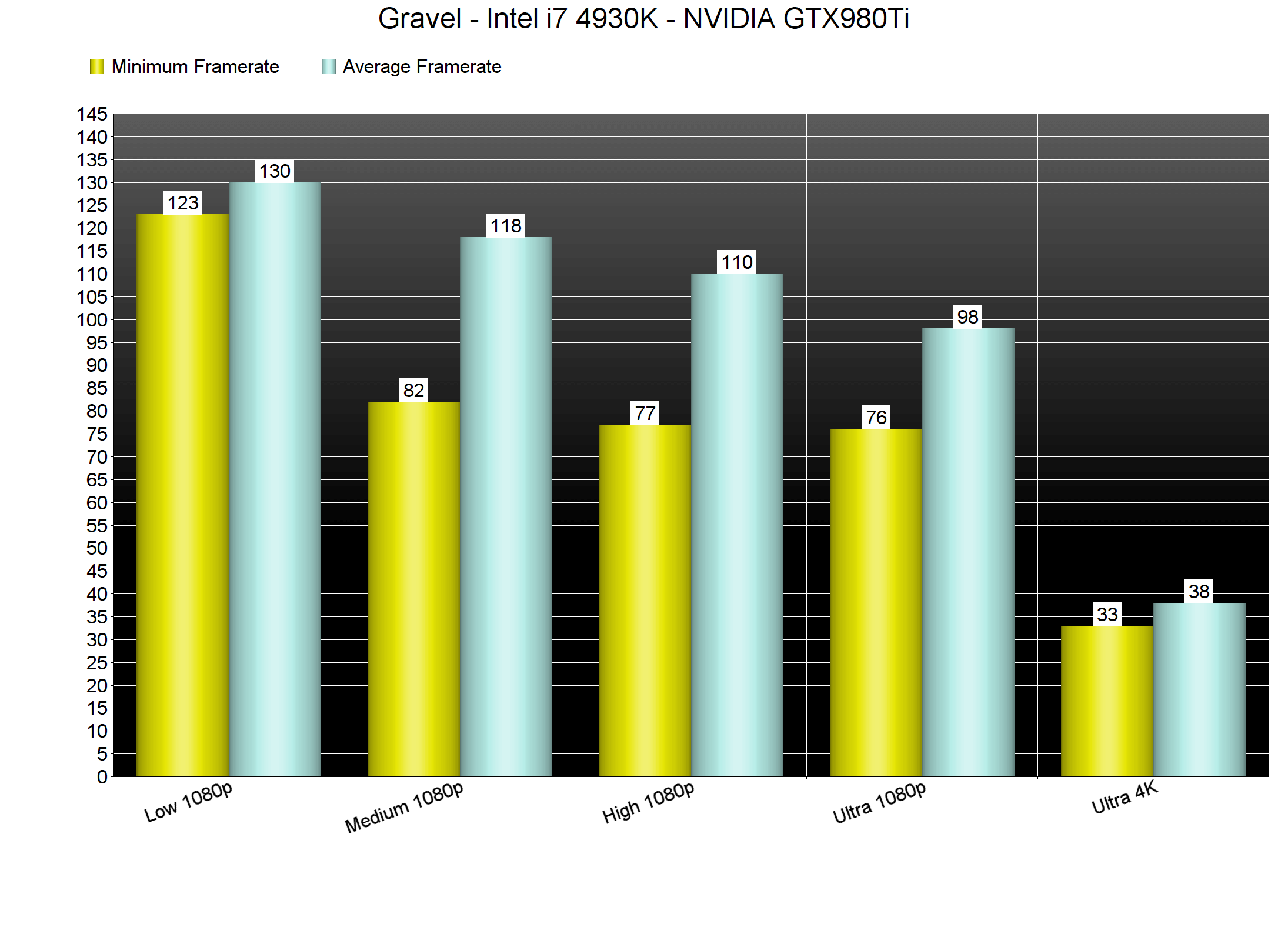 Graphics wise, Gravel looks nice, though it does not push the graphical boundaries of racing games. Even though it does not come close to the visuals of Project CARS 2, Forza Motorsport 7 or Forza Horizon 3, it is pleasing to the eye. There is no visual damage to cars and the environmental interactivity is limited. There are some cool water spray effects, as well as some sunflare effects. However, the game does not sport anything you haven’t seen before, or something to ‘wow’ you.

In conclusion, it appears that Gravel runs fine on NVIDIA’s hardware. On the other hand, and for what is being present here, we were expecting better performance on the AMD Radeon RX580. Perhaps the red team will have to release a new optimized driver for this game so that it can boost its overall performance? Regardless of that, the game appears to be running fine on a variety of CPUs and even though Milestone suggests 16GB of RAM, the game runs flawlessly with 8GB of RAM. 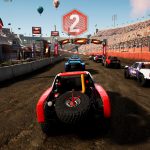 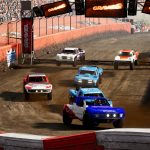 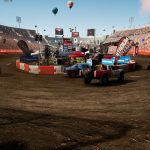 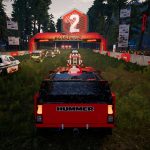 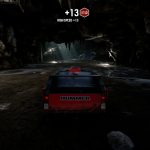 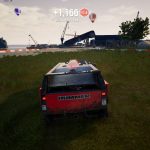 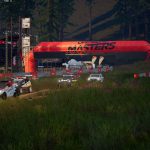 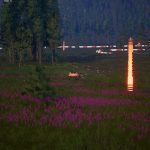 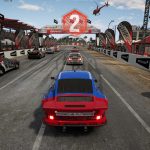 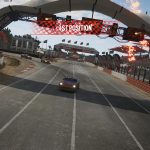 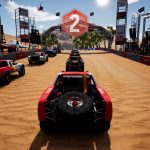 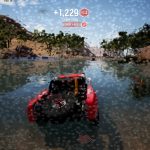 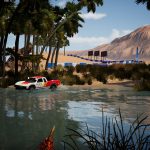 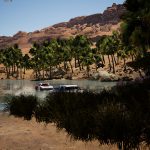