Destroy All Humans! Remake releases later today on the PC via Steam. Since THQ Nordic has provided us with a review code, we’ve decided to benchmark the game and see how it performs on the PC platform. 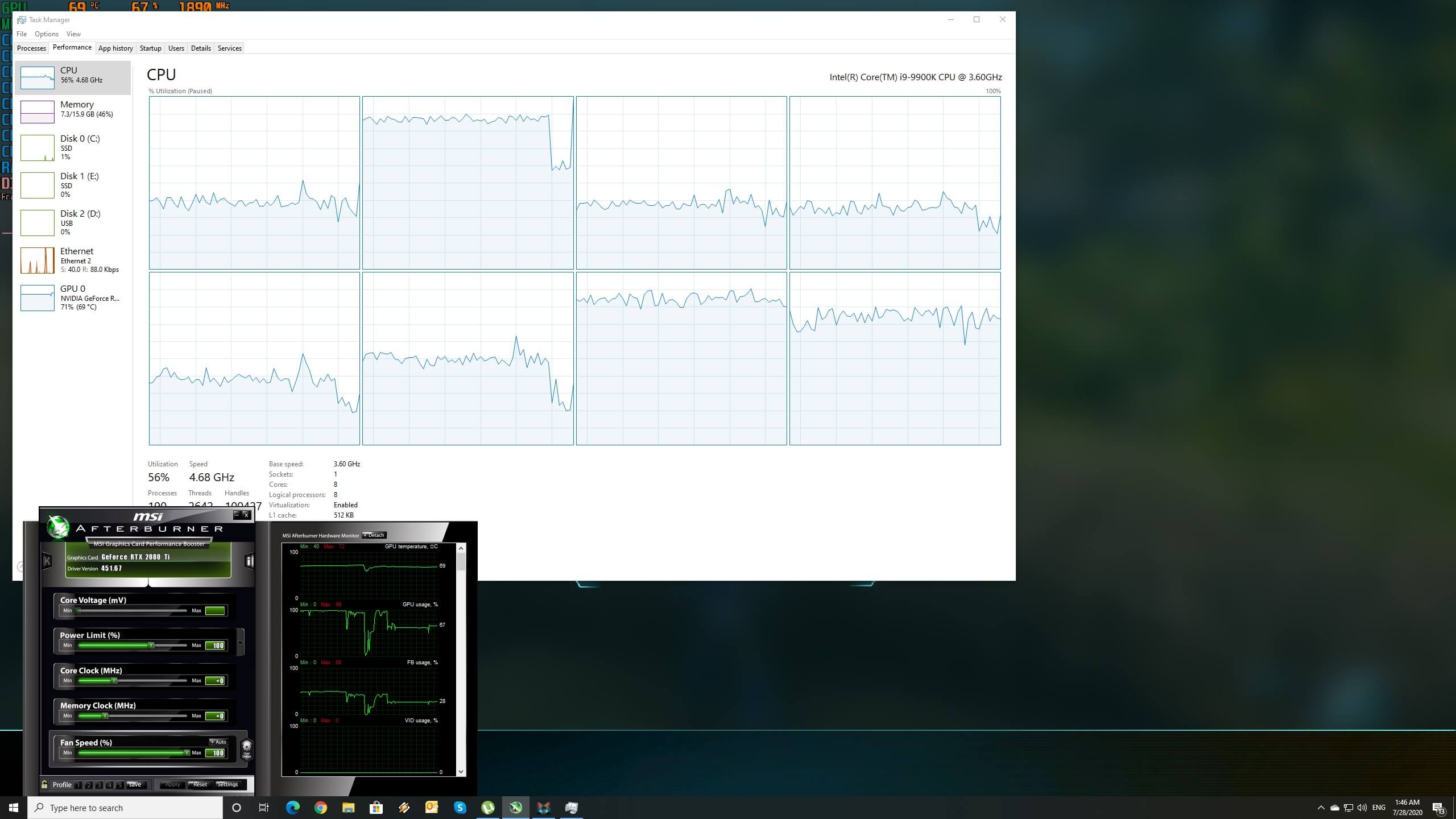 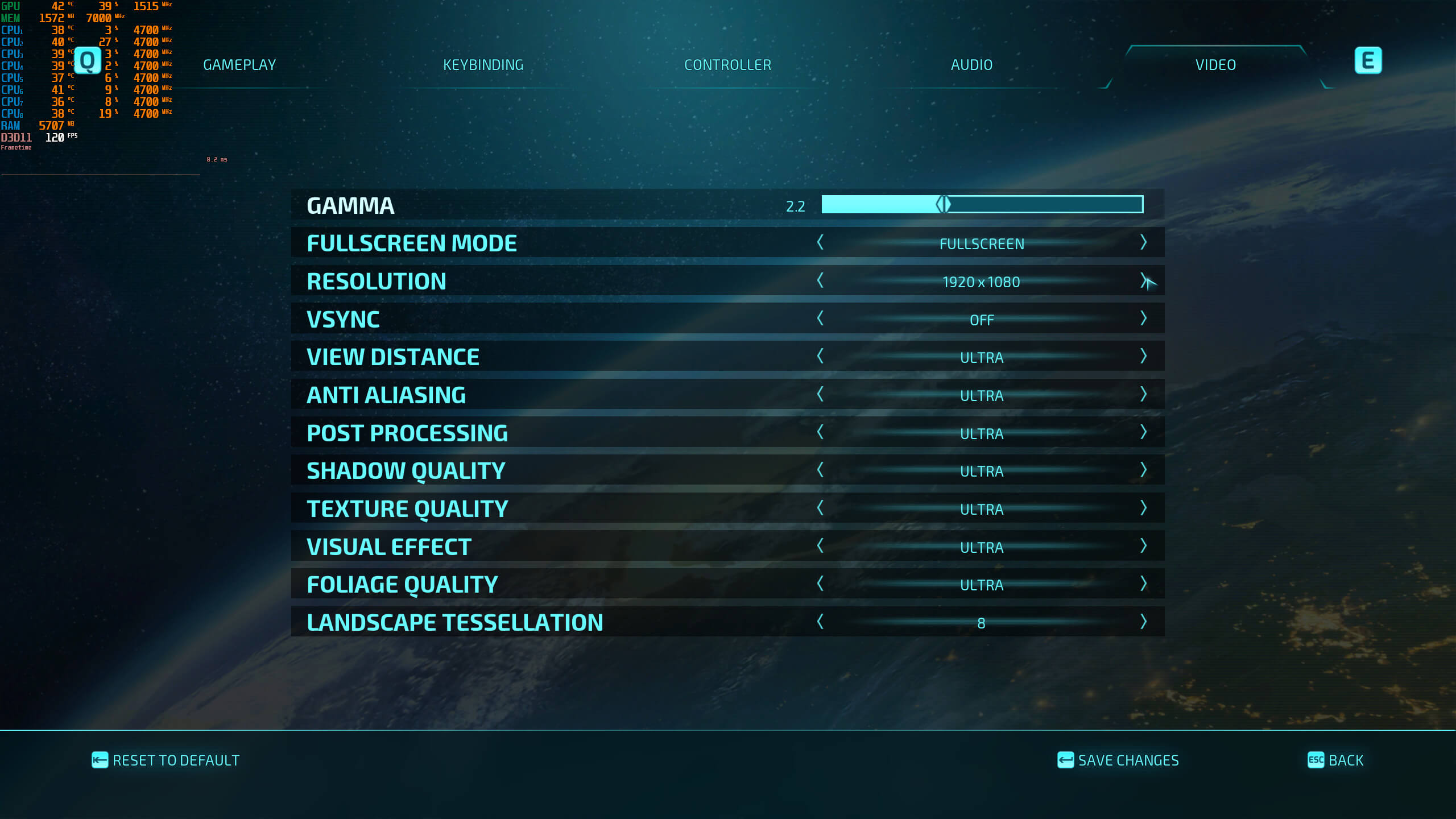 Before continuing, we should note that the game does not come with any built-in benchmark tool. As such, we’ve benchmarked the first three single-player missions. Furthermore, the game is capped at 120fps.

Destroy All Humans! Remake uses Unreal Engine 4 and does not require a high-end CPU. In order to find out how the game scales on multiple CPU threads, we simulated a dual-core, a quad-core and a hexa-core CPU. Thus, we are happy to report, that the game can run with 60fps even on a dual-core CPUs. 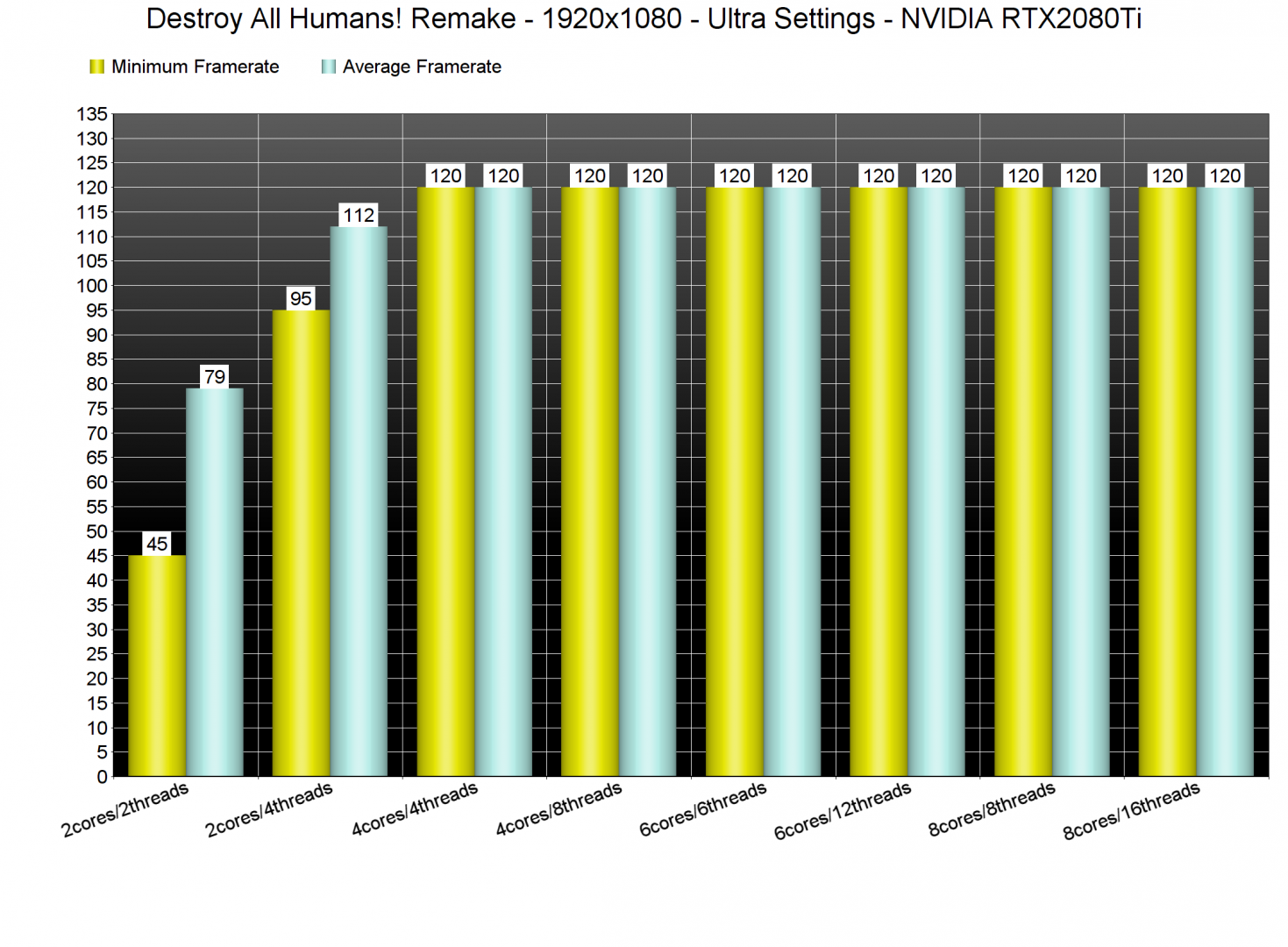 The game also performs fine on older CPU systems. Our Intel i7 4930K had no trouble at all running the game. So yeah, those that do not own the latest Intel or AMD CPUs will be able to enjoy this remake without any major performance issues. 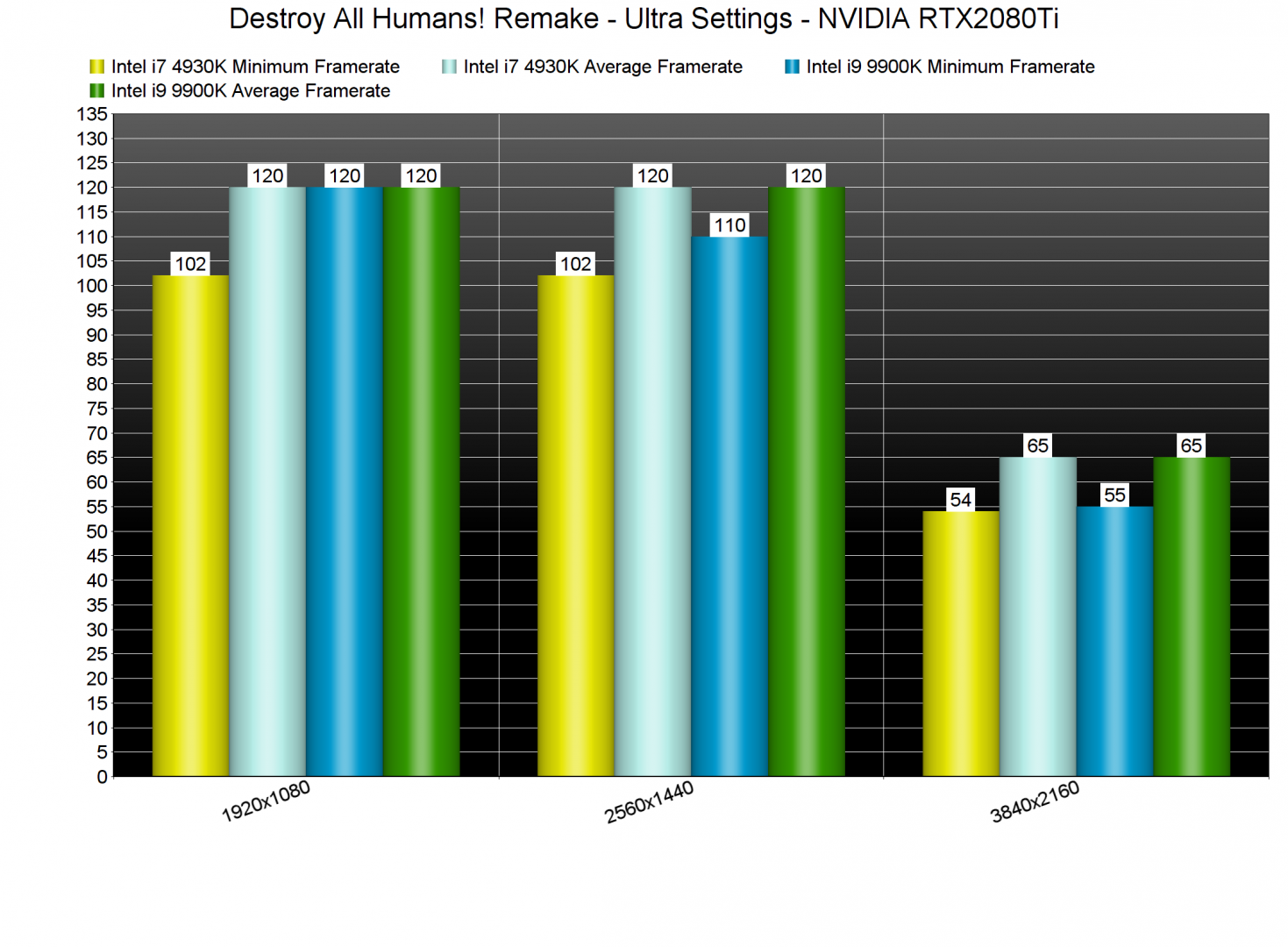 As said, the game is locked by default at 120fps. While you can remove this framerate cap from the game’s configuration file, we strongly suggest leaving it as it is. Without the FPS lock, the game has sudden framerate drops in specific scenes. As you can see in the following screenshots, our framerate dropped from 220fps to 129fps. In case you’re wondering, the “129fps” image has numerous NPCs in the background and from the looks of it, the game has some CPU/memory optimization issues. This is more likely due to the DX11 API; an issue we’ve experienced in numerous DX11 games. Still, keep in mind that we’re talking about framerates that are higher than 120fps.

For gaming at full HD resolutions, Destroy All Humans! Remake does not require a high-end GPU. As we can see, most of our GPUs were able to provide a smooth gaming experience at 1080p on Ultra settings. 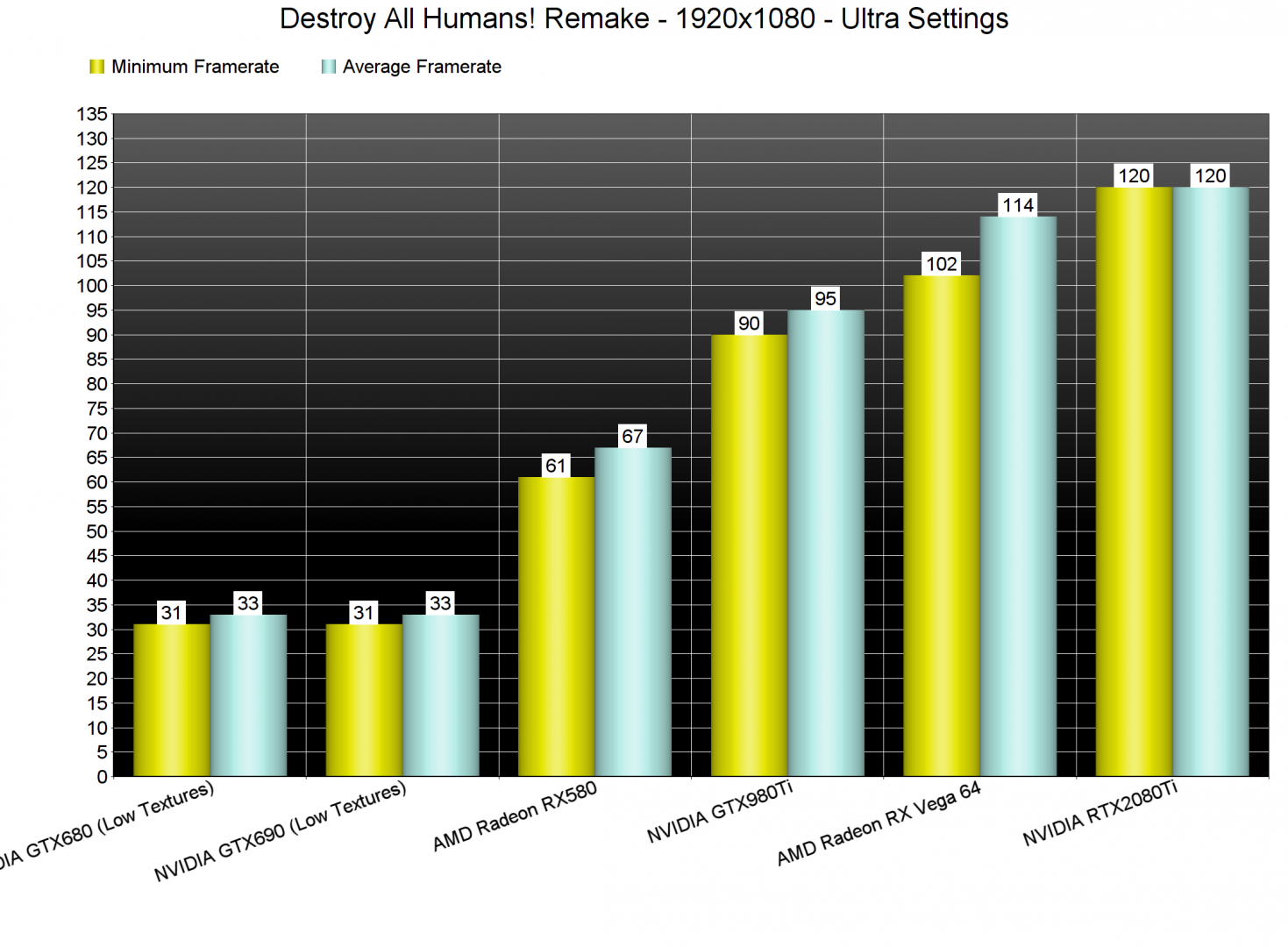 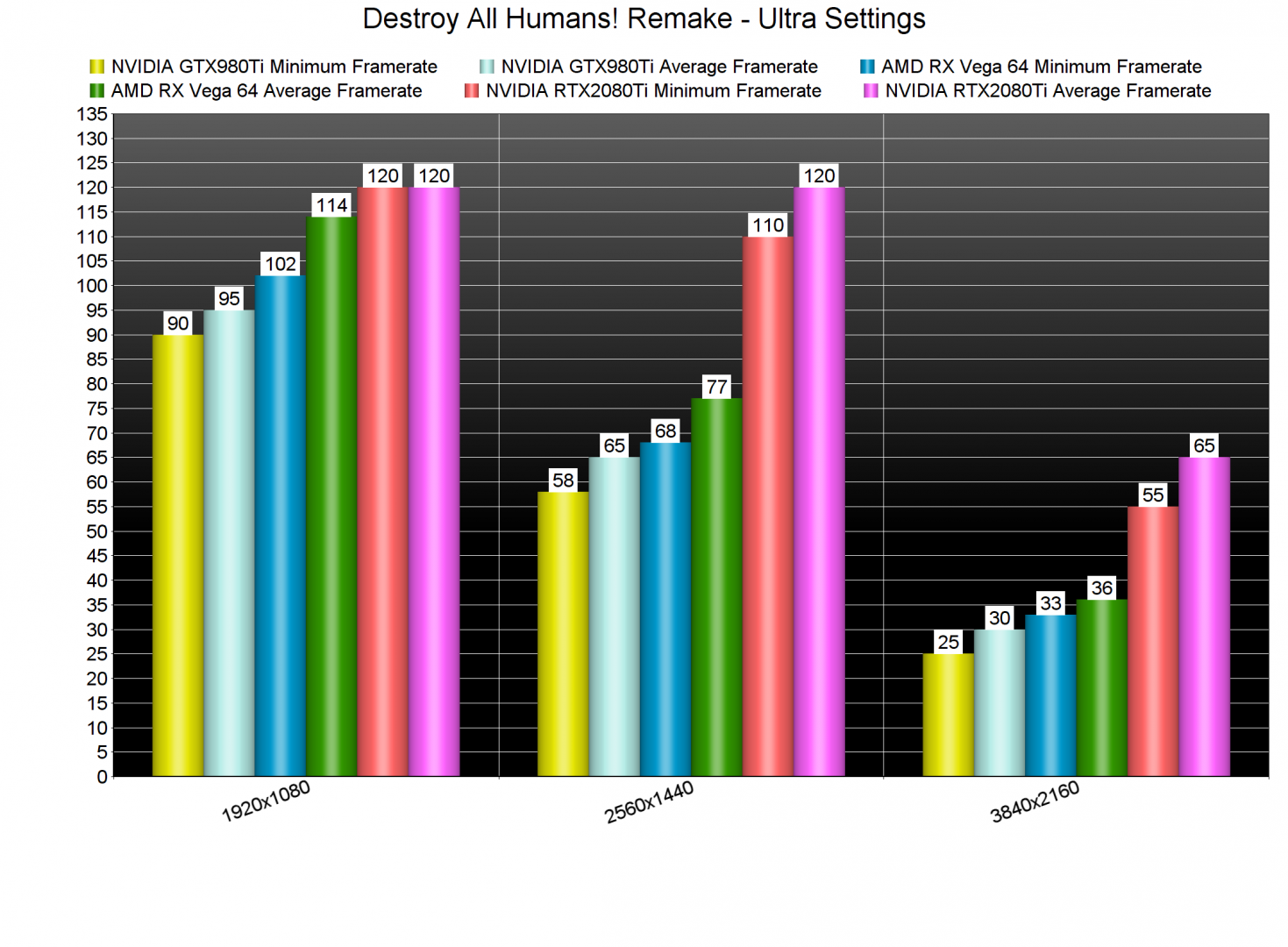 Graphics wise, Destroy All Humans! Remake looks miles better than its original version. This is as a good remake/remake as the initial version of Saints Row The Third Remastered was. There are a lot of detailed textures, and all of the environments look great. Most of the 3D models are nicely detailed, and there are some amazing environmental effects (like the volumetric light shafts at night). Seriously, it looks just as good as most modern-day current-gen games. Still, it’s not perfect and you will easily notice some shortcomings. For instance, the Ambient Occlusion appears to be of a lower quality (even on Ultra settings), and produces numerous artifacts. The game also does not allow you to interact with the vegetation (though there are some cool air/wind effects).

All in all, Destroy All Humans! Remake is a pleasant surprise. The game does not require a high-end PC system, though it does have some optimization issues when you unlock its framerate. Still, the game can run on a wide range of PC system configurations. It also does not require a high-end GPU for gaming at full HD resolutions. For gaming at 4K, though, its requirements appear to be a bit too high. Death Stranding, for example, performs similarly in 4K, but looks WAY better than it. Still, this is a solid PC game and an amazing remake of the classic Destroy All Humans! game!