Saints Row The Third Remastered is coming tomorrow on the PC, exclusively via the Epic Games Store. Deep Silver has already provided us with a review code, so it’s time to benchmark it and see how it performs on the PC platform. 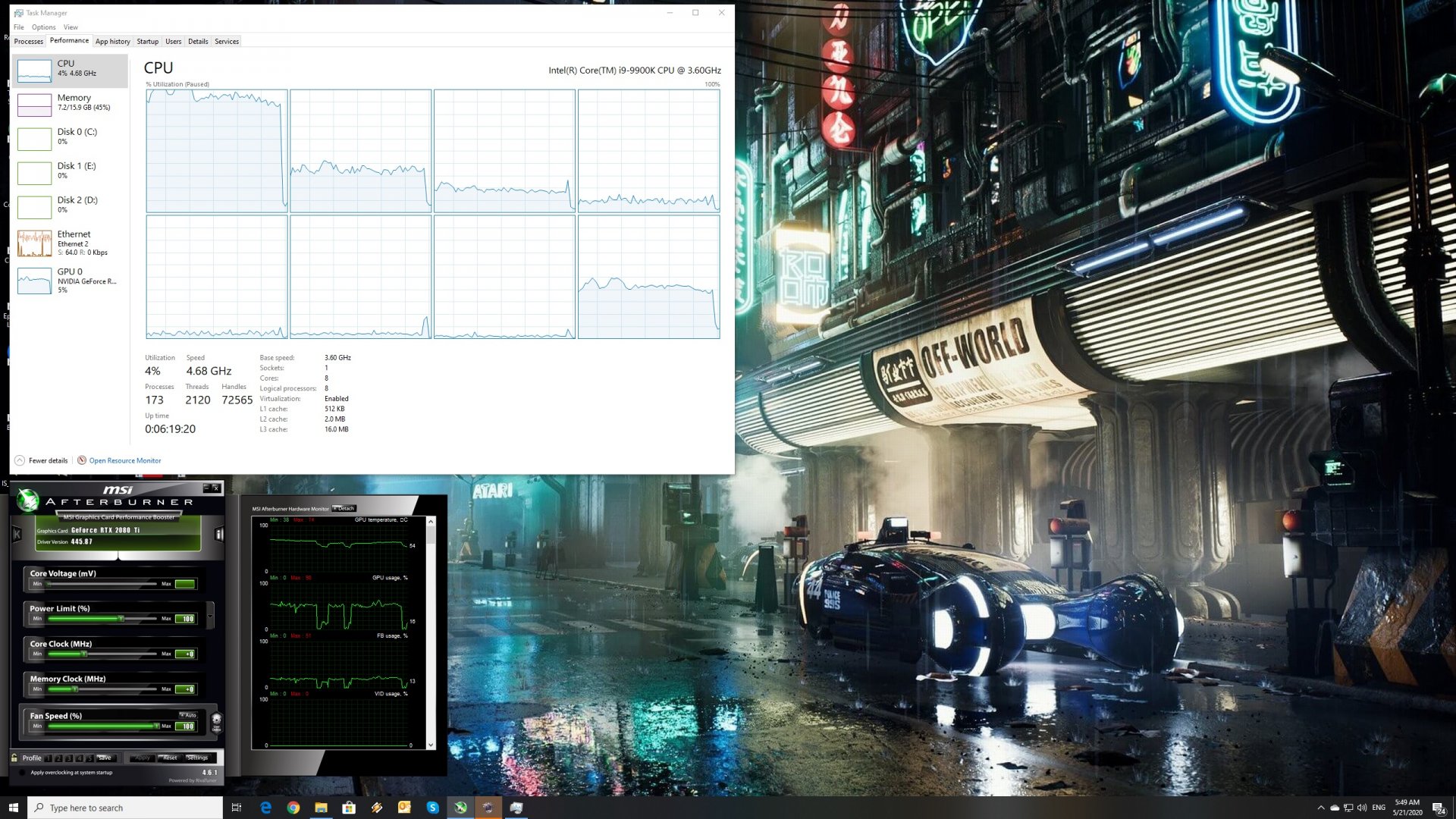 Since the game does not feature any built-in benchmark tool, we’ve tested the open-world during rainy conditions at night. We were also driving – instead of walking – which was a more demanding scenario. As such, consider our benchmark as a stress test.

Saints Row The Third Remastered uses the DirectX 11 API and only uses two CPU cores/threads. As such, the game run with more than 60fps on a wide range of PC configurations. However, and due to this CPU behaviour, we were significantly bottlenecked by our Intel Core i9 9900K at 1080p/Ultra. 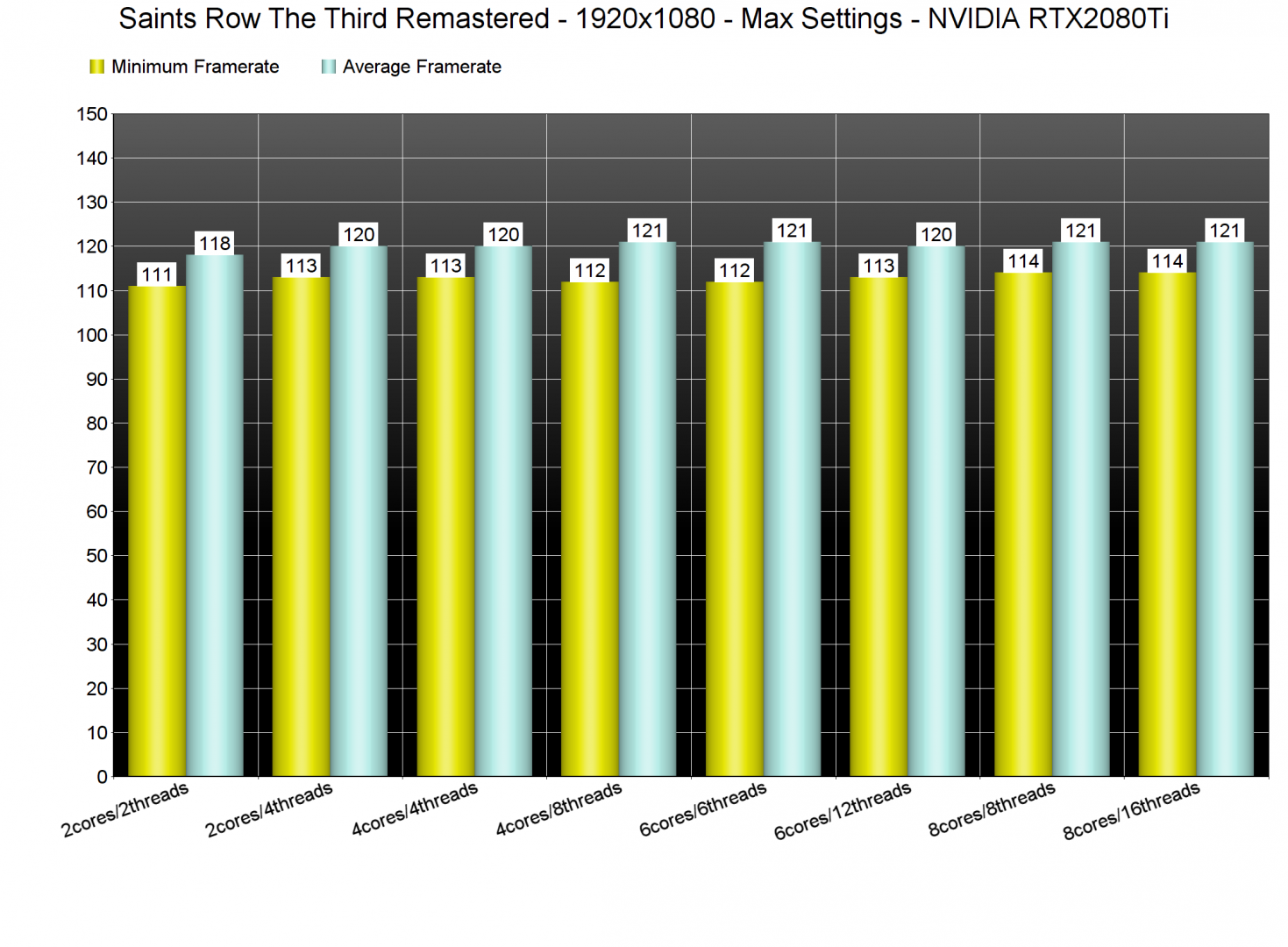 Similarly to its lite CPU requirements, Saints Row The Third Remastered does not require a high-end GPU. That is of course if you’re not planning to game at 4K resolutions. Thus, most of our graphics cards were able to provide a smooth gaming experience at 1080p/Ultra. 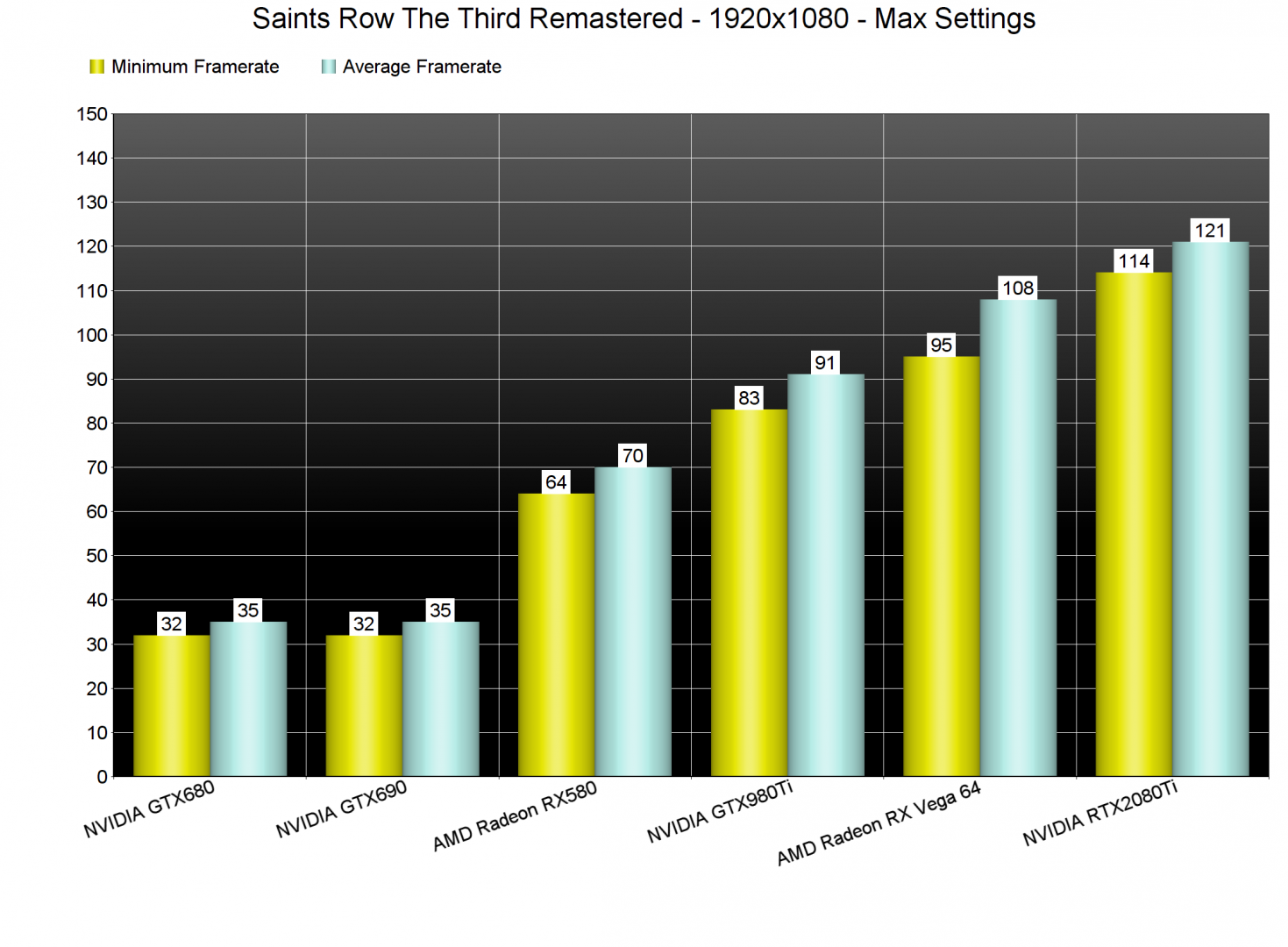 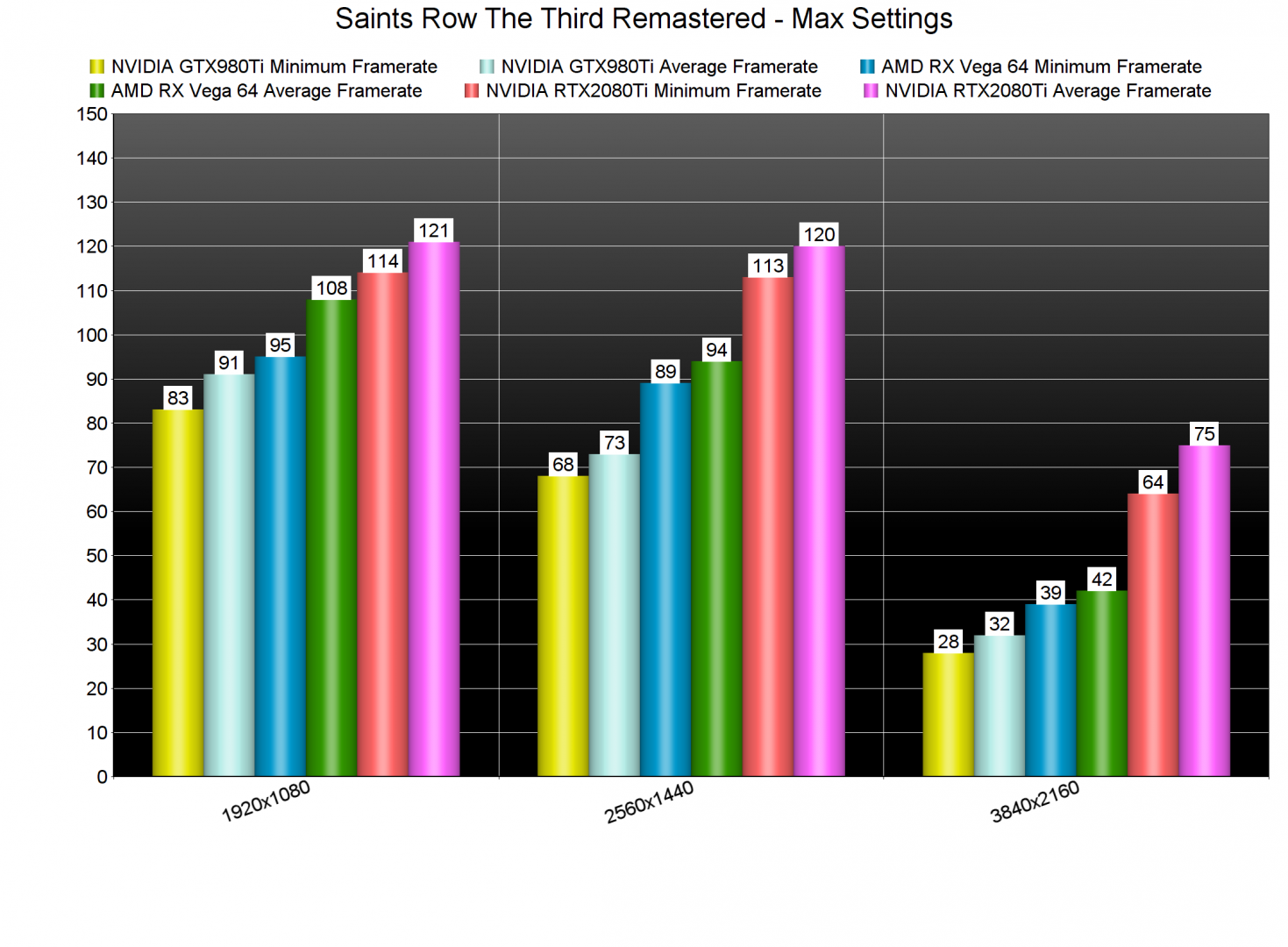 Graphics wise, Saints Row The Third looks surprisingly good. Sperasoft has added a lot of modern-day effects, like Screen Space Reflections. The team has also improved all textures, and added new lighting effects. Sperasoft has also stated that it has re-worked around 4,000 assets, and that’s definitely true. It’s a bit shocking, but Saints Row The Third looks great. It’s not up to what the Assassin’s Creed and RDR2 games have achieved, however, it looks way better than its original old-gen version.

All in all, Saints Row The Third looks and runs great on the PC. While the game does not use more than two CPU cores/threads, it can run on a wide range of CPUs. Similarly, the game does not require high-end GPUs for gaming at fullHD resolutions. The game also does not feature any framerate lock/cap. We also did not experience any mouse acceleration or smoothing issues. However, we did experience a weird bug that forced a 60hz refresh rate on our G-Sync monitor. In order to force a higher refresh rate, we had to change our in-game resolution (each and every time we ran the game). After doing that, though, the game was running silky smooth at higher refresh rates.