Biart Studios have released their first indie third-person shooter title, Deep Black: Reloaded. The game was initially known as U-Wars and was meant to take advantage of Nvidia’s PhysX and 3D Vision. Back when it was called U-Wars, the developers had trouble finding a publisher. Fast forward a couple of years and here we are with Biart’s renamed game that is published by them in a digital form. Given its indie nature, we were wondering whether or not it was worth writing a Performance Analysis about it. However, we got intrigued when we found out that it was a 3D-Ready title, so we felt the need to give it a shot. As always, we used an overclocked Q9650 with a GTX295, 4GB RAM, Windows 7-64Bit and the latest version of Nvidia’s ForceWare drivers.

Let’s get one thing straight before starting our Performance Analysis. Biart Studios is a small indie team. Naturally, you can’t possibly expect it to compete with all the other triple-A games and there should expect some low-res textures. Character animations are basic and are not as polished as we’d hoped to, but then again, the animations in some triple-A games (like Mass Effect 3) are as bad as the ones of Deep Black: Reloaded. The game features some nice special and post-processing effects, though we’d advise Biart to include an option – via a future patch – for the game’s Depth of Field setting. DoF is good in 2D, but gets release annoying when playing in 3D, especially when you set the depth and convergence settings to high amounts. SSAO and soft-shadows are supported by the BiEngine, as are some water reflections. There is also a clever color grading effect when you are underwater. Generally speaking, Deep Black: Reloaded looks good but there is nothing mind-blowing to write home about. It’s your typical indie game, that looks good, but deep inside you know that you’ve already seen other games offering better graphics. 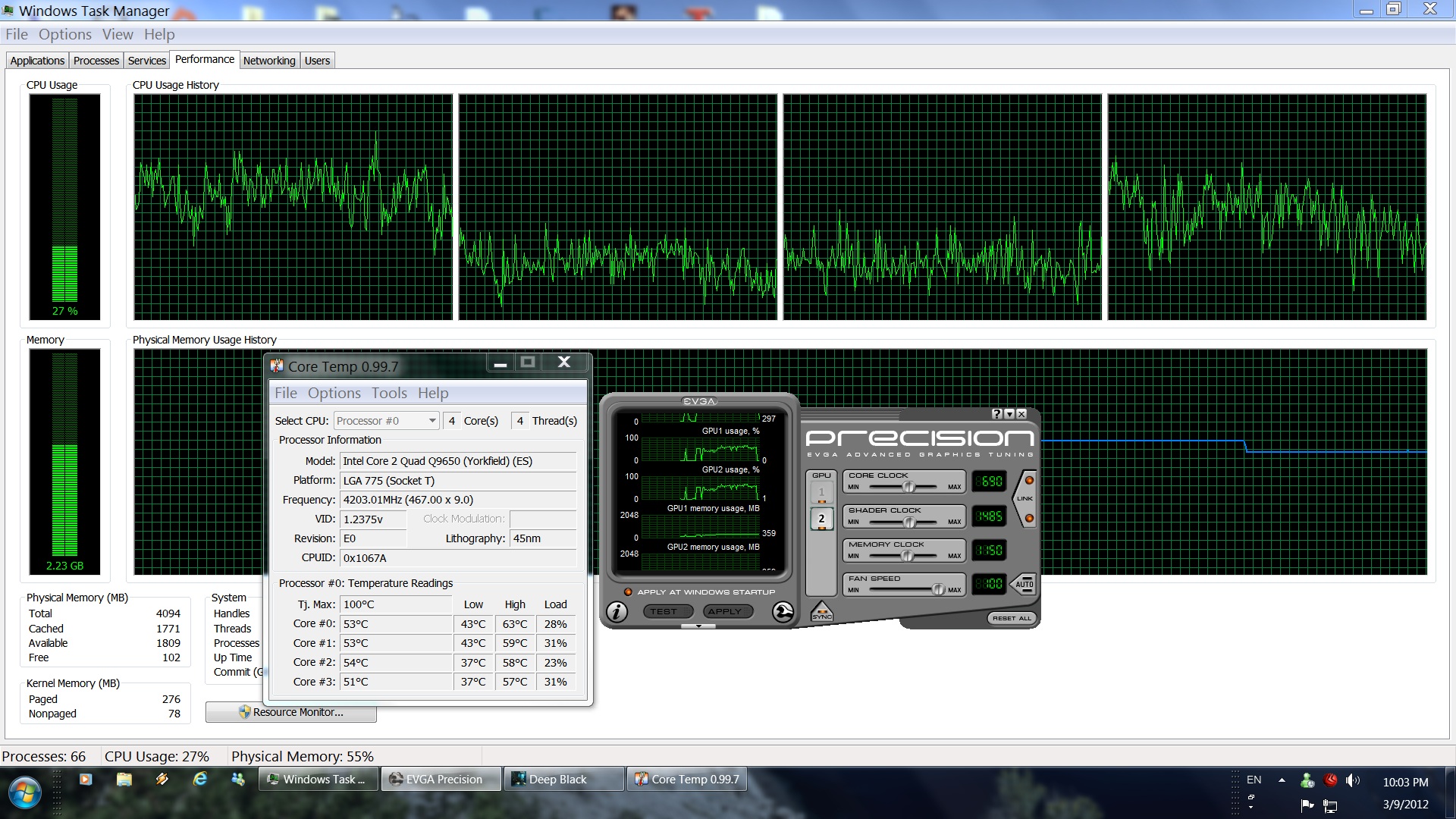 Deep Black: Reloaded is not demanding at all. Although the BiEngine scales well with quad-cores, it does not stress them. The game supports Nvidia’s PhysX SDK but there aren’t many set-pieces to showcase what PhysX can actually do. Sure you can interact with dead bodies and can shoot some coca-cola cans that are on some tables, but we’d expect something more, especially in the underwater levels. On top of that, the enemy AI is mediocre at best, meaning that there are not a lot of AI calculations to hog the CPU. Therefore, we did not encounter any performance issue with it. Even when we simulated a single-core CPU, the game ran with constant 60fps at 1080p with maximum settings.

The game is also light on the GPU requirements. Although Nvidia has already included an SLI profile for it, we didn’t really feel the need of it. Well, except of when we enabled 3D Vision. Without 3D Vision, our GPU usage was around 50% in both of our GPU cores, and our framerate was around 100-120. The game ran great even when we forced our GTX295 in single-GPU mode. We were also disappointed with the lack of any AA options. Sadly, MSAA was not working even when we forced it via Nvidia’s Control Panel. We tried the SMAA Injector tool but there were lots of surfaces that could not be anti-aliased. This behavior reminded us of Bioshock (and a lot of Unreal Engine 3 games) that have issues with most AA techniques due to their deferred lighting system. 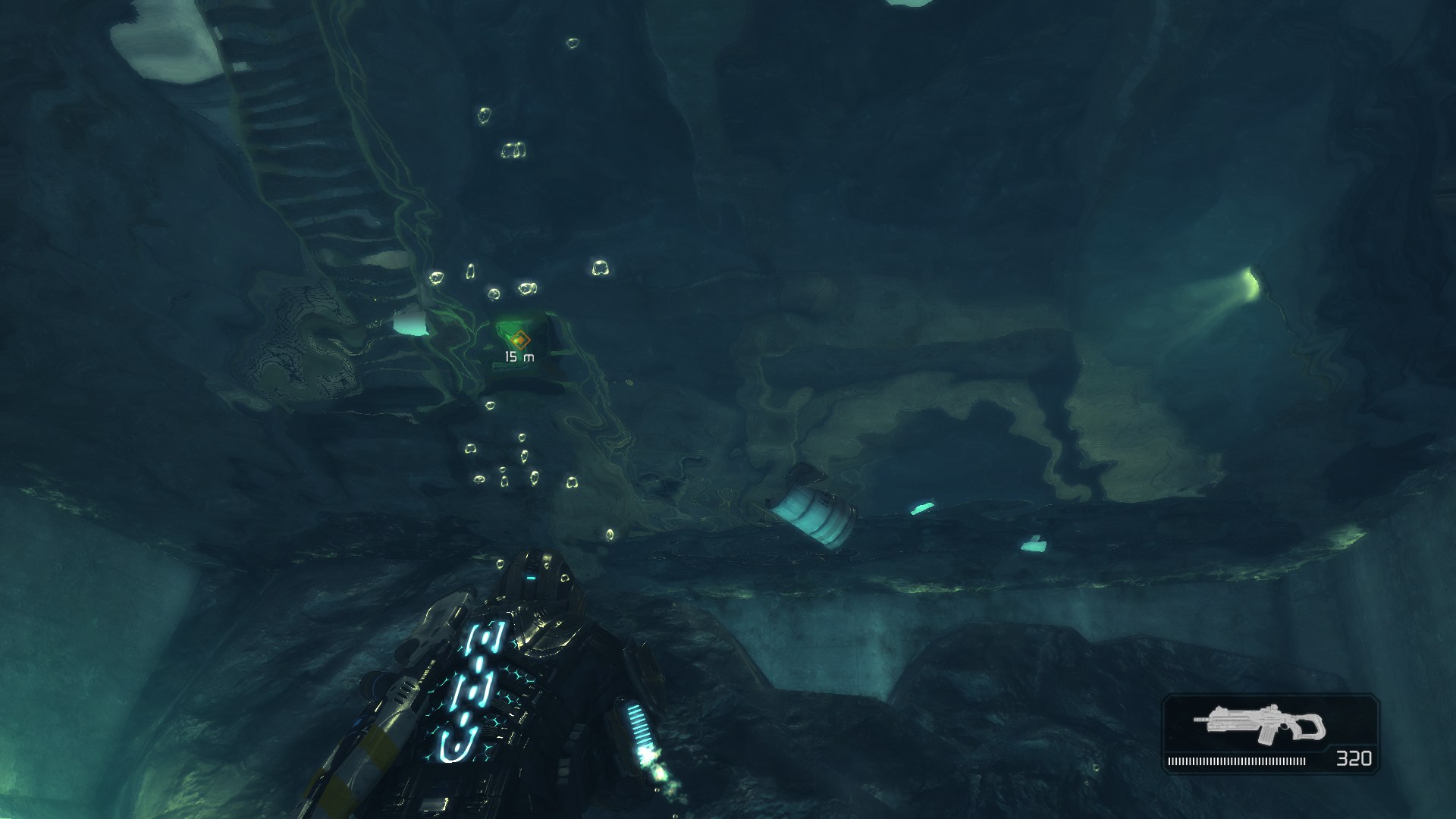 Contrary to other titles that are advertised as 3D-Ready games, Deep Black: Reloaded is a beauty to behold in 3D. Biart did an outstanding job as there aren’t any issues with the shadows, the lighting or the environmental effects. Everything is working great. And with high amounts of depth and convergence, the game looks phenomenal. This is an amazing 3D title and can be used to ‘wow’ your friends. Moreover, running the game in 3D at 1080p provides a ‘natural’ AA and thanks to that, there weren’t any visible jaggies. And we should note that it ran with constant 60fps even in 3D mode. The only cons from our 3D experience were the lack of a DoF option and a slight ghosting that was noticeable in certain levels. Deep Black: Reloaded is simply drooling in 3D, especially when you are underwater. We invited some of our friends to experience Deep Black: Reloaded in 3D and they were shocked by the 3D results. Yes, this title is meant to be played in 3D.

Overall, Deep Black: Reloaded is a nice, yet flawed game. There is nothing noteworthy here, apart from the incredible 3D Vision support. If you own Nvidia’s kit and want to experience a new game with it, look no further. Deep Black: Reloaded will put a smile on your face. If you also own a dated PC system, you can try Biart’s underwater shooter as its requirements are relatively low. Last but not least, as we pointed out earlier this week, Deep Black: Reloaded’s first update introduced a framerate issue. Biart Studios sent us word and a fix should already be available for it. 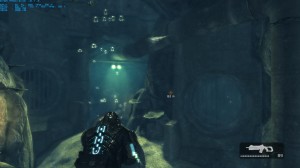 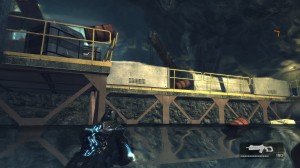 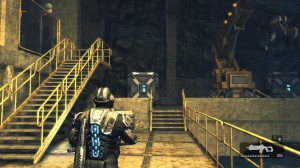 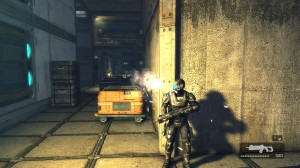 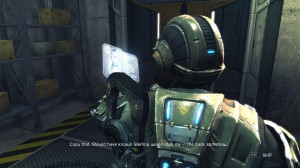 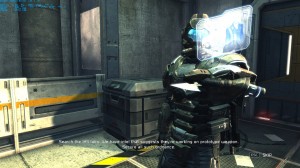 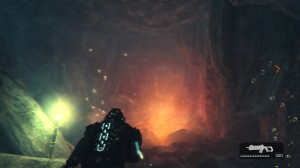 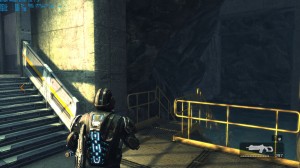 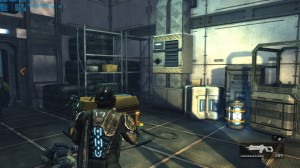 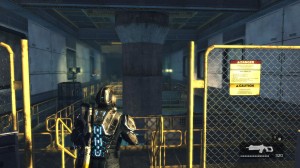