Before starting, let us apologize for not offering you this Performance Analysis sooner. Unfortunately, EA seemed hesitant on sending a PC review copy, and that’s why we had to delay it. Perhaps this is due to the fact that Visceral Games’ Executive Producer lied about offering the same gaming experience to all platforms or because EA feared that we’d bring the hammer down on it. Either way, EA should not be so ashamed of it. Why you ask? But because Dead Space 3 is a fine PC port. Yes, there isn’t any FOV option and the game suffers low-resolution textures but overall, this is as good as most multi-platform games, has proper on-screen keyboard indications, has amazing mouse support, and is not taxing – while looking great – at all.

For our Performance Analysis purposes, we used a Q9650 (4.2Ghz) with 4GB RAM, an Nvidia GTX690, Windows 7-64Bit and the latest version of the GeForce drivers. Nvidia has already included an SLI profile for Visceral Games’ title, though those with the aforementioned GPU won’t really need it. Despite looking great at times, Dead Space 3 is not demanding and won’t stress such a high-end GPU. This means that those with a GTX670, a GTX680 or a Titan card will be able to downsample without any performance issues. In fact, even those with older GPUs will be able to enjoy Dead Space 3. Our previous GPU, a GTX 295, was able to handle it with max settings (albeit not using soft shadows) at 1080p with constant 60fps.

What really impressed us, however, was the difference between the SLI scaling of the GTX 295 and the GTX 690. Dead Space 3 ran – most of the times – with 70-80fps on our GTX295, and there were occasions when our SLI scaling was dropping to mid 60s. As we can see in the following comparison, our GTX295 ran this scene with 72fps. When we replaced it with the GTX690, though, that scene ran with 120fps (due to Vsync being enabled). In other words, our performance almost doubled, despite the fact that our CPU remained the same. At this point, we should note that we were not using the same drivers when we tested our GTX295, meaning that Nvidia may have updated the game’s SLI profile with a better one. If that’s the case, it’s pretty amazing what a proper SLI profile can actually do. If not, it shows that even a dated PC system can benefit from a more powerful card. 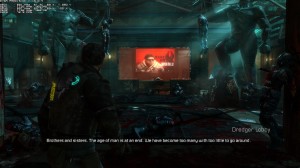 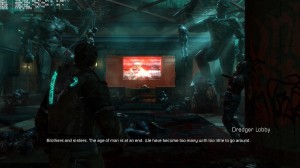 Since Dead Space 3 is not demanding, we decided to put the GTX690 to the test and downsample from two resolutions: 2560×1440 and 3200×1800 (3840×2160 was not supported by our monitor). In both cases, we had Vsync enabled and the game ran with constant 60fps. Our vRam and our GPU usage were averaging at 1GB and 55%, respectively, which means that those with a GTX680 or a Titan will be able to downsample without major issues (as long as they use the aforementioned resolutions). Naturally, when we disabled Vsync we noticed a 95% GPU usage while using the highest resolution. So yes, a GTX690 can be stressed even with an old CPU, provided you up the resolution to ridiculous heights.

Dead Space 3 did not also stress our quad-core. As we can see, the game mainly scales on two CPU cores. When we simulated a dual-core CPU, we did not notice any performance hit, meaning that those with high-end dual-core systems will be able to enjoy this game to the fullest. And to be honest, it comes as no surprise that this game does not tax the CPU. The AI is average and apart from a great dismemberment system (and the fact that you can move all corpses), there is nothing that should keep the CPU busy. In addition, Dead Space 3 features small level sections, which translates to better optimized environments. 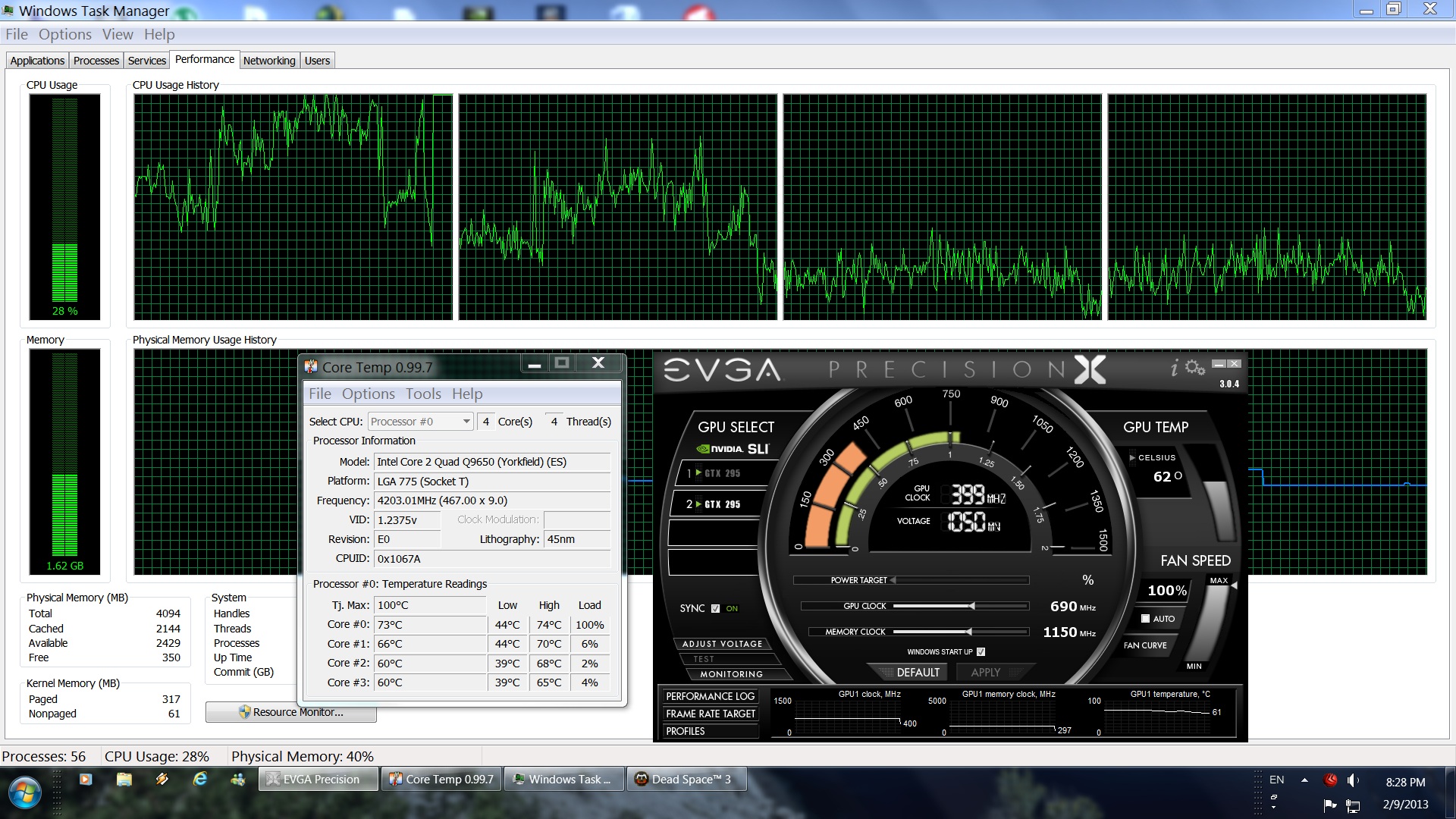 Graphics wise, Dead Space 3 is a great looker. The game benefits from using really high resolutions, and it is one of those rare cases where we did not feel the need to use a SweetFX mod. As said and before, there are a lot of low-resolution textures but overall, the game is packed with great lighting effects, a nice color palette, and a claustrophobic, dark, atmosphere. As you may have heard, the flashlight does not cast dynamic shadows but we did not mind that. And even though some static light sources do not cast shadows, there is a clever SSAO effect – that is not overused and looks sexy – to compensate that. Characters are nicely detailed, though they cannot come close to the models featured in Crysis 3. They look good and they get the job done, but we’ve seen way better models in other titles. There is also a nice variation on levels – or at least it’s noteworthy for a game taking place in space and spaceships – thus you won’t get bored easily.

All in all, Dead Space 3 plays and looks great on the PC. EA should not be ashamed of that version, as it’s by far the definitive version. Could it be better? Certainly. We’d welcome a FOV option and we wouldn’t say no to higher-resolution textures or some tessellation. The point, however, is that Dead Space 3 PC does not suffer from mouse acceleration side-effects, has proper on-screen keyboard indications, is not demanding, and runs amazingly well even on dated PC systems. 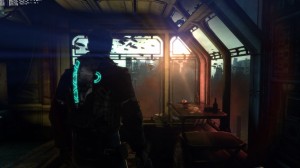 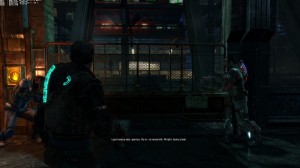 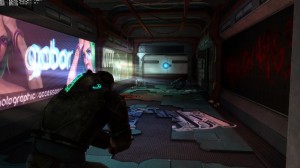 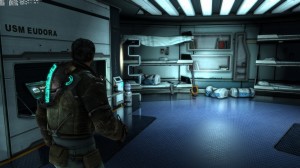 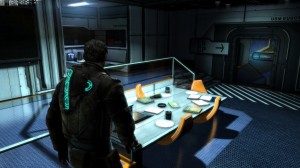 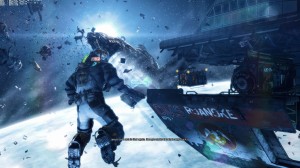 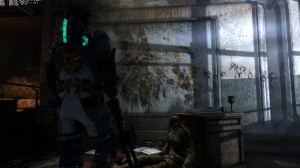 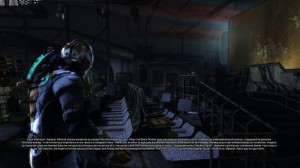 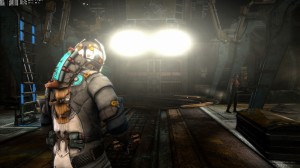 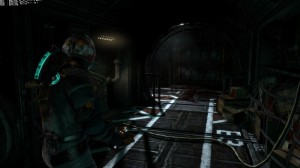 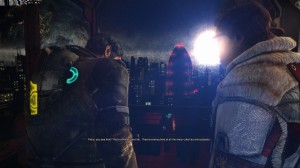 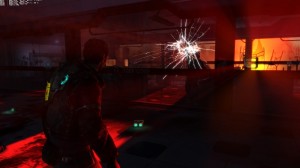 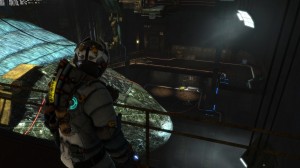 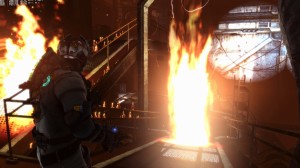 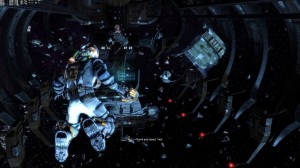