Cyberpunk 2077 releases in a couple of days and promises to be the next “Crysis” game. Tomshardware had access to its review code and shared some initial benchmarks. And, as we can see, NVIDIA’s latest high-end GPU, the NVIDIA GeForce RTX3090, cannot run the game in 4K/Ultra with 60fps, even without its real-time Ray Tracing effects.

Now before continuing, Cyberpunk 2077 will receive a massive day-1 update (that weighs around 46GB). As such, and alongside its new NVIDIA drivers, the game may see a slight performance boost. Still, these figures should give an idea of what you should expect from it. 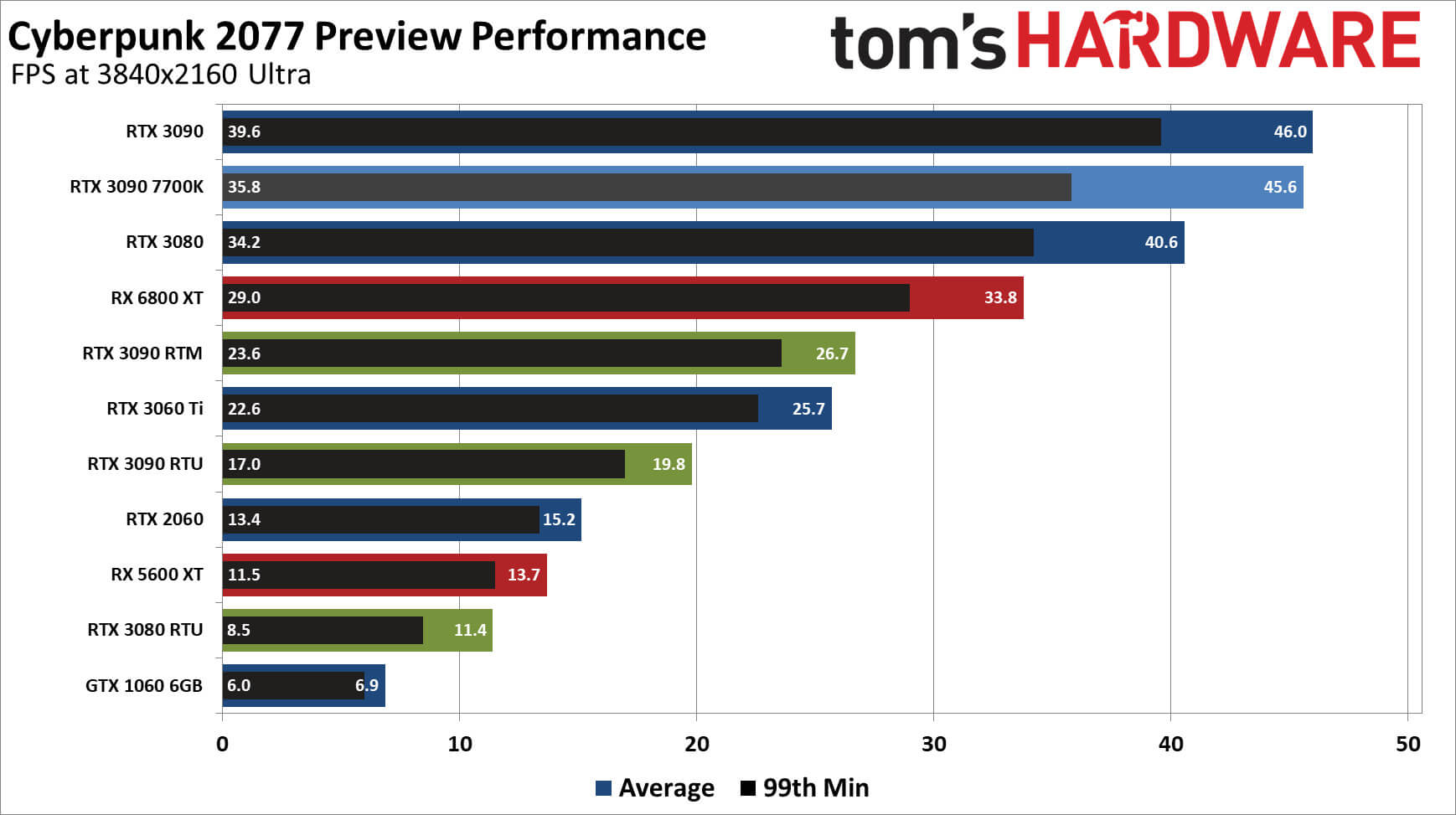 What this basically means is that NVIDIA RTX owners should, unquestionably, use DLSS 2.0. With DLSS Quality in 4K/Ultra, the RTX3090 pushes a minimum of 57fps and an average of 74fps. So while RTX3090 can’t run the game in native 4K, it can certainly hit 60fps with DLSS Quality Mode.

On the other hand, the only way via which you can run Cyberpunk 2077’s Ray Tracing effects smoothly in 4K/Ultra is by using the Ultra Performance Mode. Now let me remind you that this Ultra Performance mode was initially introduced for gaming at 8K, not at 4K. In 4K/Ultra/RT with DLSS Quality, the RTX3090 was able to only offer a 30fps experience. 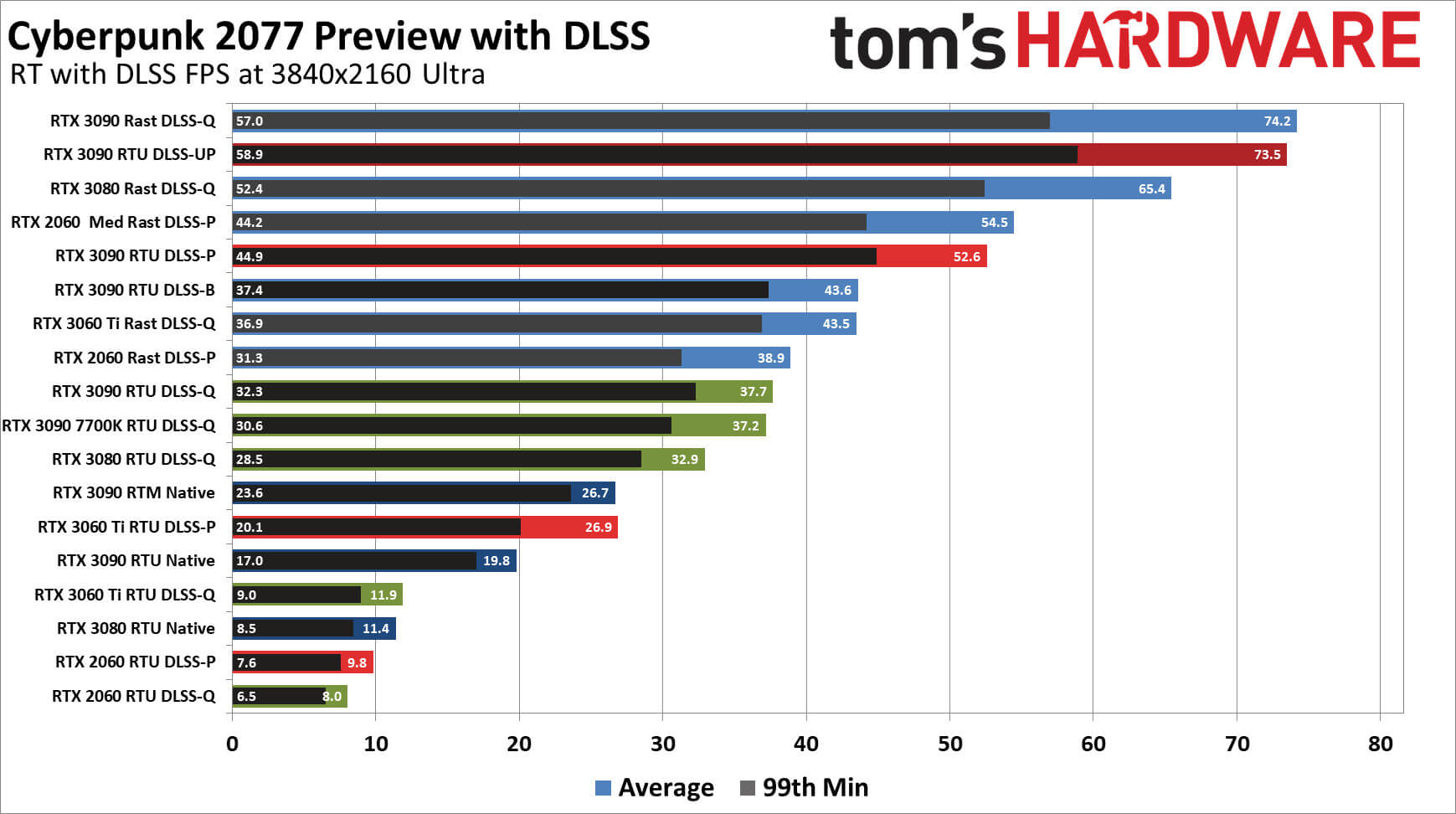 In short, Cyberpunk 2077 will be one of the most demanding games on the PC. This obviously does not surprise us as CDPR has used Ray Tracing for multiple effects. CDPR is using Ray Tracing in order to improve Diffuse Illumination, Reflections, Ambient Occlusion and Shadows.

CD Projekt RED has not provided us with a review code, so we went ahead and purchased the game. As such, our PC Performance Analysis may be slightly delayed (as we won’t have early access to the game).