Ah, the ‘beauty’ of Bohemia’s titles. Back in March, we informed you about the performance of ArmA 3’s alpha version. As we said back then, Bohemia’s military FPS sim was plagued with lots of CPU performance issues. We were really looking forward to the final build of the game to see whether the Czech studio would be able to optimize it or not. Well, even though the final build of ArmA 3 scales better on multi-cores, it still runs as bad as most of Bohemia’s titles. Moreover, and despite the fact that ArmA 3 relies heavily on the CPU, it does not take full advantage of quad-cores as there are no performance differences between tri-cores and quad-cores.

As always, we used an overclocked Q9650 (4Ghz) with 4GB RAM, an Nvidia GTX690, the latest version of the GeForce ForceWare drivers and Windows 7-64Bit. As we discovered in our Alpha Performance Analysis, SLI scaling is great in ArmA 3 – provided you are not CPU limited. At a really high resolution (3200×1800) our GPU was pushed to its limits, with 98% usage in both of our GPU cores. This clearly proves that Nvidia has done a great job with the game’s profile, so there is no need to mess around with other third-party tools in order to find other SLI compatibility bits. 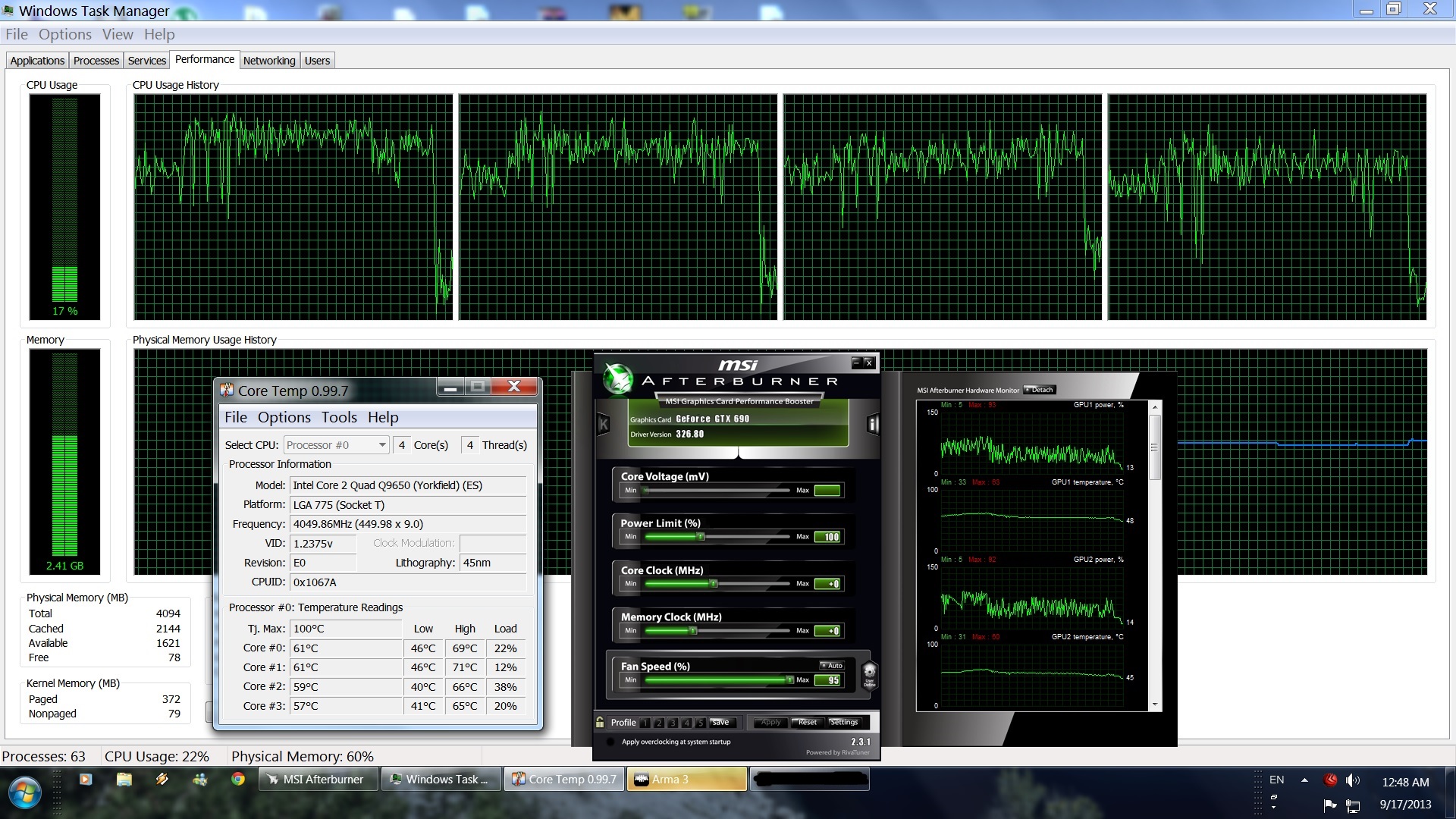 The ArmA series has always relied on the CPU rather than the GPU, and ArmA 3 is no exception to that. Unfortunately, though, the game suffers from major optimization issues. ArmA 3 ran with only 20-35fps at almost max settings (1080p with overall visibility set at 2000, object visibility set at 770 and shadow visibility set at 200). Surely some will say that this performance was to be expected with our CPU, however the game’s auto-detection tool was setting even higher settings than the aforementioned ones. Not only that, but we were unable to run ArmA 3 at 60fps, no matter what settings we were using (yes, even with low settings at 720p).

As we can see from the CPU graph, ArmA 3 scales well on quad-cores. Still, we did not witness any performance hit when we disabled one of our CPU cores – in order to simulate a tri-core system. This means that ArmA 3 did not take advantage of our additional CPU core, something that is really ironic considering this is a PC exclusive title that relies heavily on the CPU. When we disabled two of our CPU cores, we witnessed a 10-18fps hit. ArmA 3 is clearly not suited for dual-core owners so we strongly suggest avoiding it, unless of course you enjoy gaming at sub-30fps with awful graphics. Yes, graphics are not everything but ArmA 3 looks bad (and when we say bad, we mean really bad) on low settings. 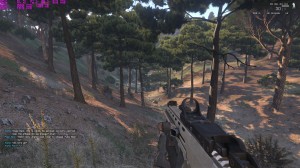 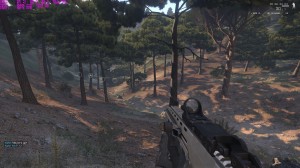 What also puzzled us was the fact that the terrain setting was affecting our CPU instead of our GPU. According to its description, the terrain setting is responsible for the smoothness of the terrain surface and edges. On low settings, there aren’t any bushes and POM is disabled. On higher values, grass and bushes are being added and POM is enabled (on high, very high and ultra). So why is this graphical feature putting our CPUs to their knees? Our guess is that the engine is calculating the physics for all the grass bushes, resulting in the awful performance we’re currently witnessing. Bohemia could easily disable the grass physics for the distant meshes, or use a noise filter to simulate the game’s further bushes. This could easily save a lot of CPU cycles and would be ideal for most current PC configurations. Naturally, this suggestion makes sense if – and only if – the culprit of ArmA 3’s low performance is the grass/bushes physics. If not, then Bohemia has really messed things up.

And it’s a shame, because ArmA 3 looks beautiful. The lighting system that Bohemia implemented to ArmA 3 is phenomenal. Not only that, but the game’s TOD (time of day) is perhaps the most realistic we’ve ever seen. The company has used a lot of high-resolution textures and there is no stretch to say that some of the terrain textures are as good as those found in the modded version of both Crysis 1 and 2. And what can we say about the huge maps? Or the fantastic buildings that come close to the real counterparts? Or all those little details that are really hard to spot (like the bees or the road signs)? Make no mistake. Even though ArmA 3 is plagued with CPU performance issues, there is no denying that this title looks great. So yes, graphics whores will be definitely pleased with what Bohemia has created.

All in all, ArmA 3 suffers from major performance issues. The fact that our system could not run the game with constant 60fps on low settings speaks for itself. Truth be told, 40fps feel really smooth on this title but that is irrelevant. As always, PC gamers will have to rely on CPUs that offer better performance per core, or overclock their CPUs as much as possible. After all, a tri-core CPU at 5Ghz will run the game smoother than a quad-core at 4.7Ghz. We’re pretty sure that Bohemia can still optimize its title, though we do not expect miracles. We’d also love to hear from the studio why the terrain setting is affecting the CPU and why it did not optimize that particular setting with clever tricks in order to lift the burden from the CPU. And why did it not use a noise filter to improve the game’s distant textures, something that has been suggested from a lot of users since its alpha days? And why performance is even worse during online gaming? And why… why… why… 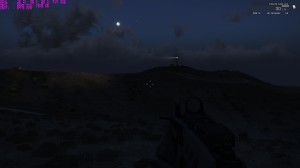 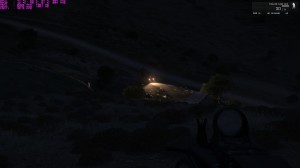 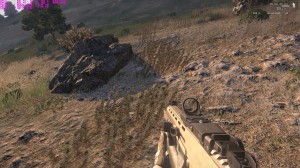 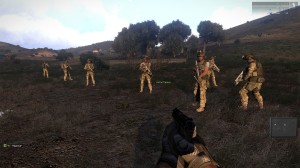 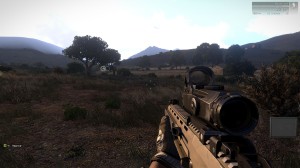 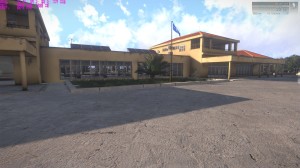 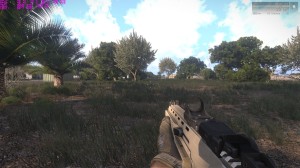 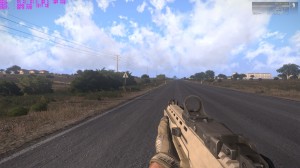 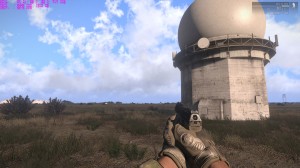 Easter egg: Did you know that Altis (the name of the big island) is basically a Greek olive oil product?