Ubisoft has announced that Title Update 1.4.0 for Assassin’s Creed Valhalla will come out on PC tomorrow. This Update is 20GB in size and adds four new Tombs of the Fallen to the game, as well as support for the Oskoreia Festival.

Additionally, this patch adds two new skills: Perfect Parry and Master Counter Roll. Not only that, but it will enhance the Bow Stun Finisher.

Ubisoft claims that Patch 1.4.0 will also bring a number of Quality of Life improvements. For instance, it will address numerous NPC behavior issues. It will also resolve numerous graphics, texture, animation, or lighting issues.

As always, UPLAY and Epic Store will download this patch once it becomes available. Below you can also find its complete changelog. 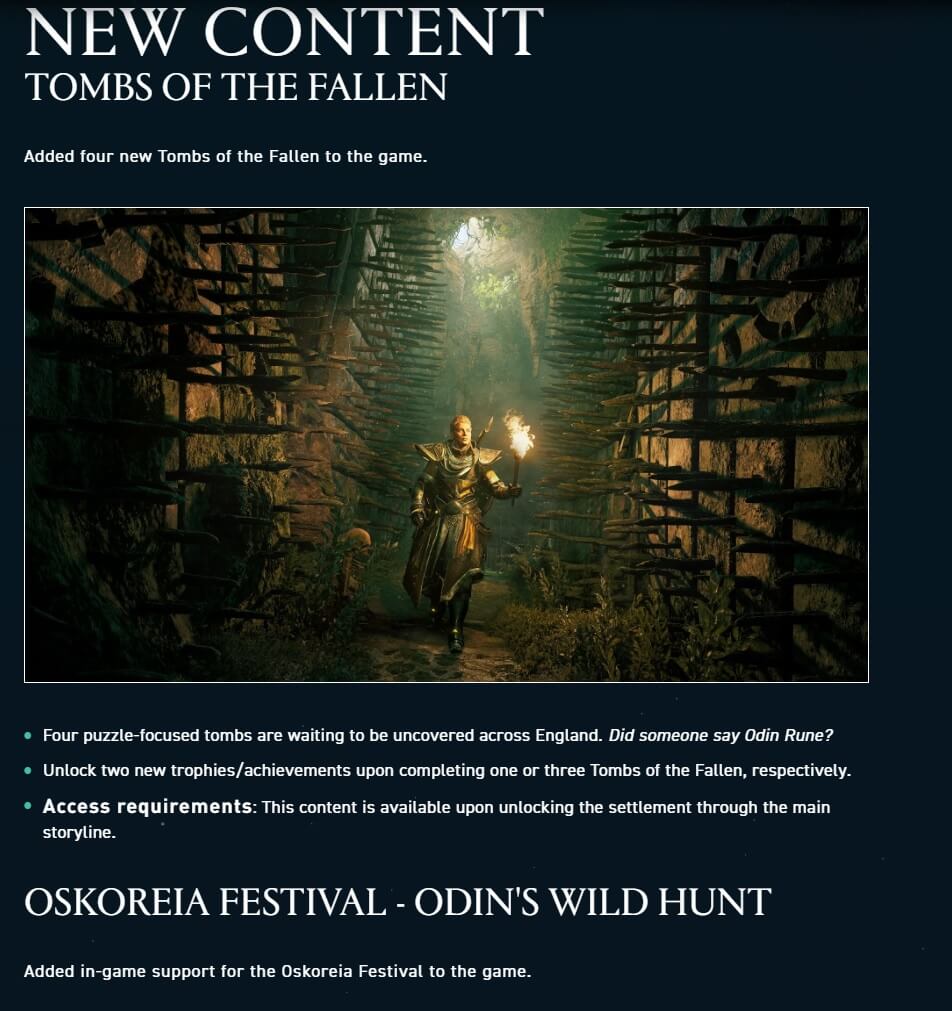 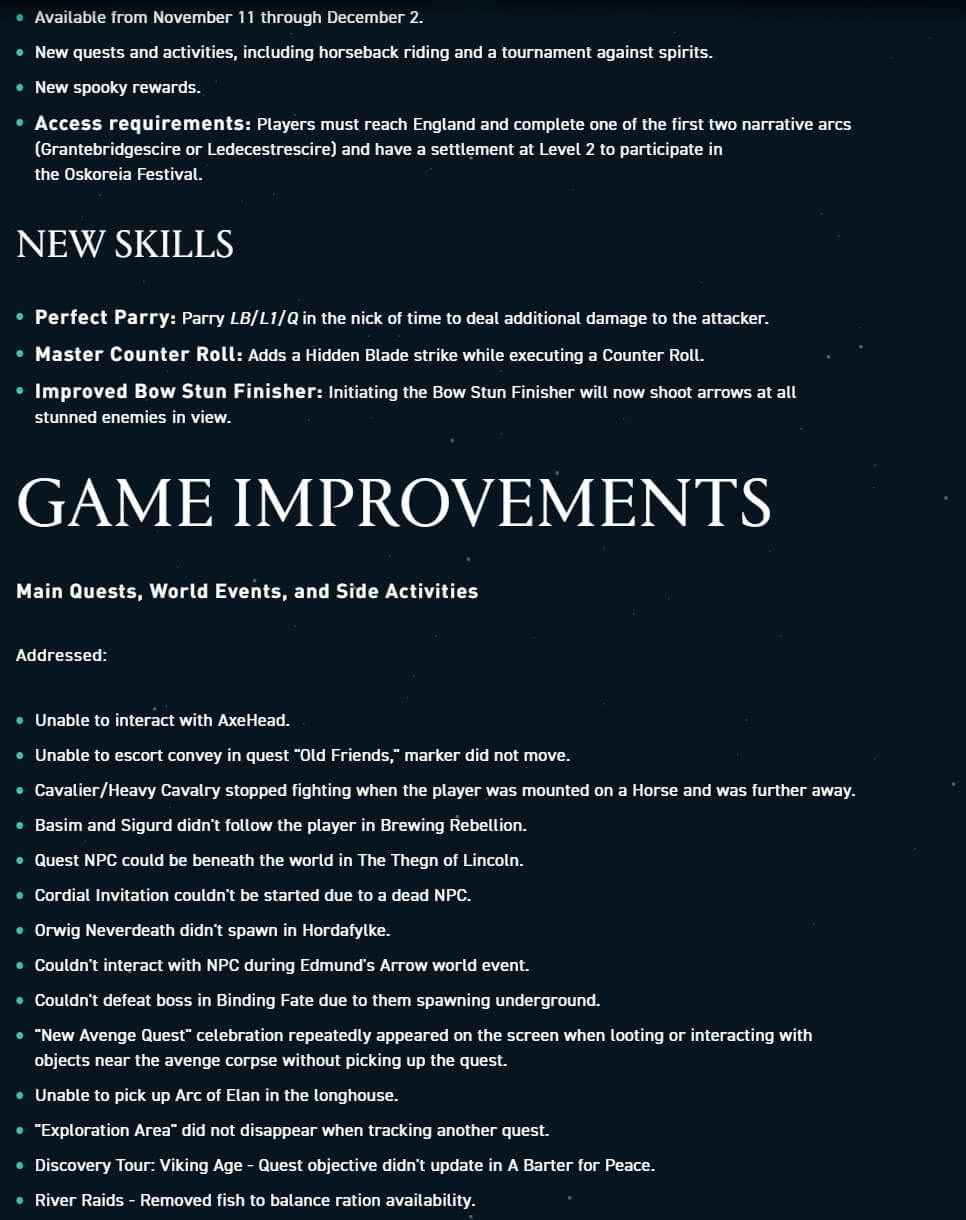 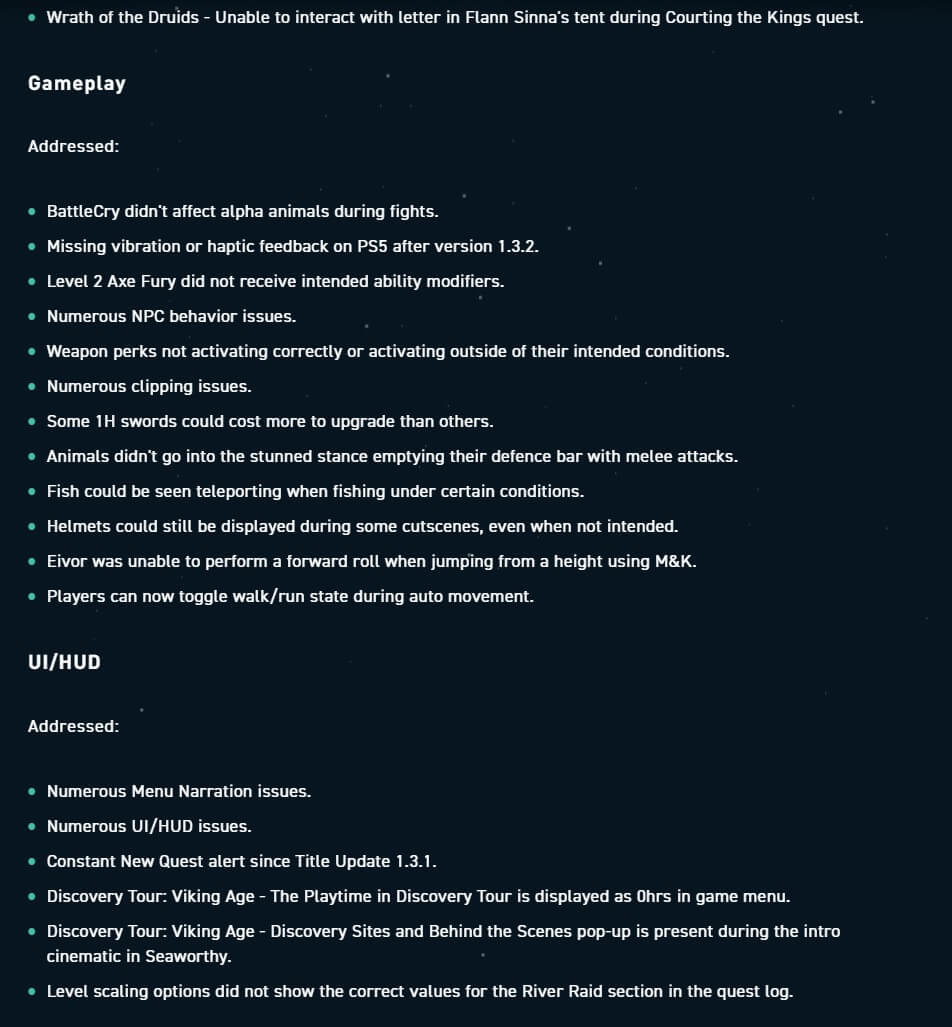 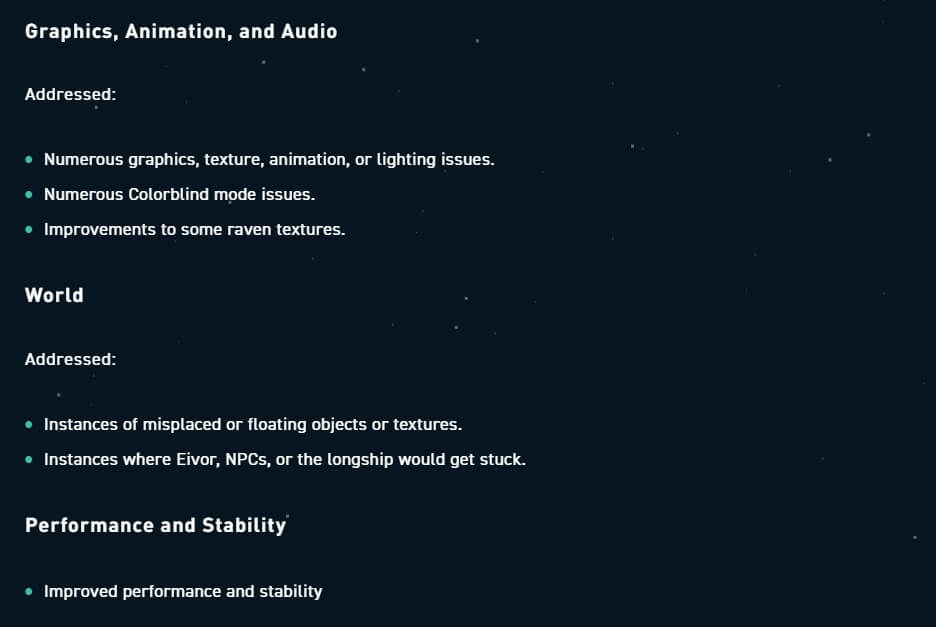