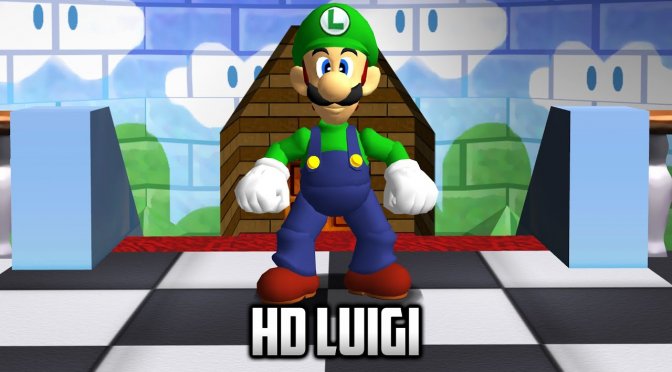 A few days ago, we informed you about some mods for the unofficial PC native version of Super Mario 64. And today, we are happy to report that PC gamers can now play as Luigi in this classic Nintendo 64 Super Mario game.

Created by Armando Arredondo, this HD Luigi mod for Super Mario 64 replaces Mario. Now we know that a lot of Super Mario fans want a new Luigi game. And, while this may not happen soon, PC gamers can finally enjoy a classic Super Mario game with Luigi. And… well… it’s a bit ironic that PC gamers can enjoy this game when Nintendo Switch and Nintendo WiiU gamers can’t.

Do note that Luigi has different body proportions than Mario, which may cause some minor animation issues. Moreover, Luigi is also faster than Mario. In this mod, Luigi jumps with 5% more force and can reach 25% higher maximum running speed. Moreover, his swimming speed is 100% higher than the one for Mario.

According to the modder, the model and most voice clips are adaptations from Super Mario Galaxy. However, Arredondo couldn’t find voice clips for all Mario lines, meaning that so some clips remained unchanged.

Anyway, this is a really cool mod that you can download from here. Below you can also find a video showcasing this mod in action.

As always, we won’t allow links to pirated content. Thus, there is no point asking how you can download this unofficial PC native version of Super Mario 64.