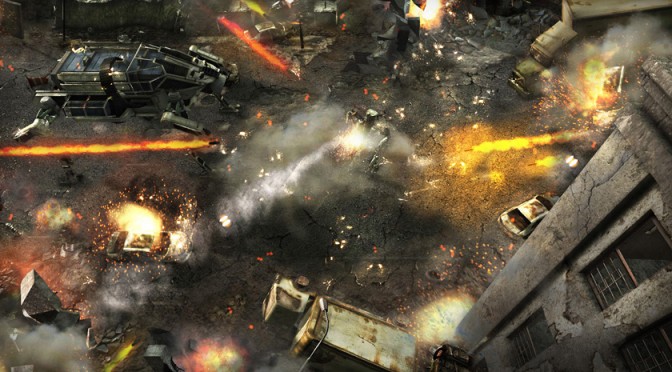 World War Machine feels like those long forgotten arcade PC shooters, in which players control their unit – which is just a… machine – via a traditional keyboard and mouse setup (the W-A-S-D keys are used to navigate the environment, and the mouse is used to aim).

“As such, aiming and movement are independent which allows for more dexterous core combat than traditional point-and-click Action-RPGs: more control over your Machine, and no more ‘miss-clicking’ into enemies.“

As with all such titles, players can upgrade their machines and there are lots of power ups to collect, and there will also be a Crafting system.

Tugue Games has also released a prototype video for World War Machine that can be viewed below.

Personally, I’m really looking forward to World War Machine as I am a fan of this genre. World War Machine looks visually great and seems like an enjoyable and highly addictive title. This big question now is whether it will get repetitive and boring after a couple of hours or not.