Blizzard has just revealed the official PC requirements for the seventh expansion of World of Warcraft, Battle for Azeroth. According to the specs, PC gamers will at least need an Intel Core i5-760 or an AMD FX-8100 with 4GB of RAM and an NVIDIA GeForce GT 560 2GB or an AMD Radeon HD 7850 2GB or an Intel HD Graphics 530. 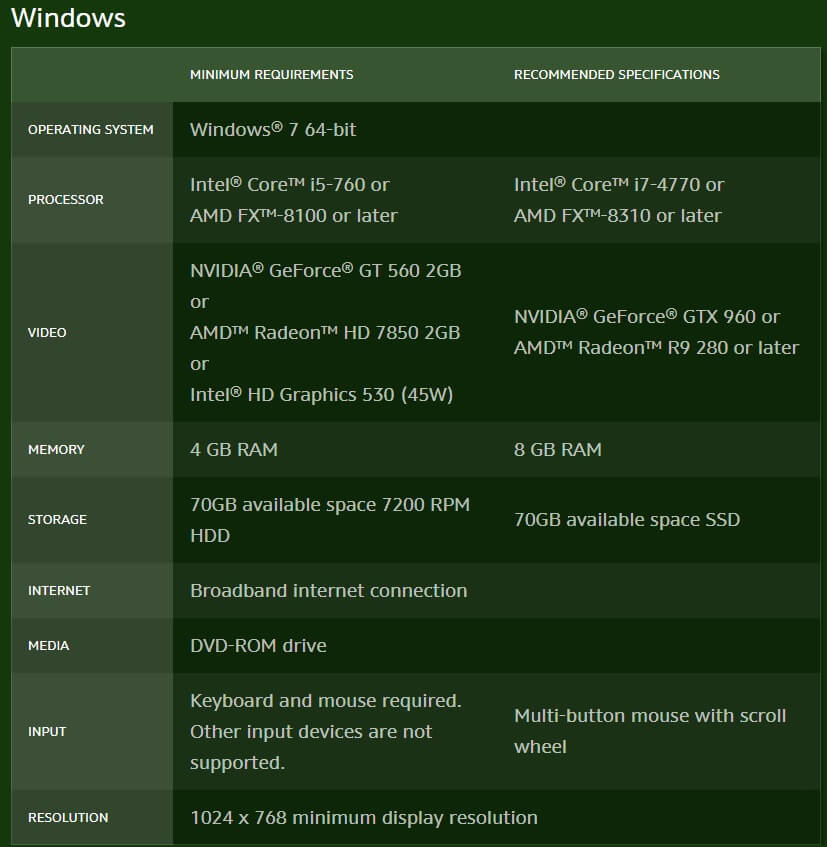 World of Warcraft: Battle for Azeroth will release this Summer and will raise the level cap from 110 to 120, introduce the Kul Tiras and Zandalar continents, add dungeons and raids, add warfronts (20-player PvE mode against opposite faction NPCs), add uncharted islands, and introduce three allied races for each the Alliance and the Horde.