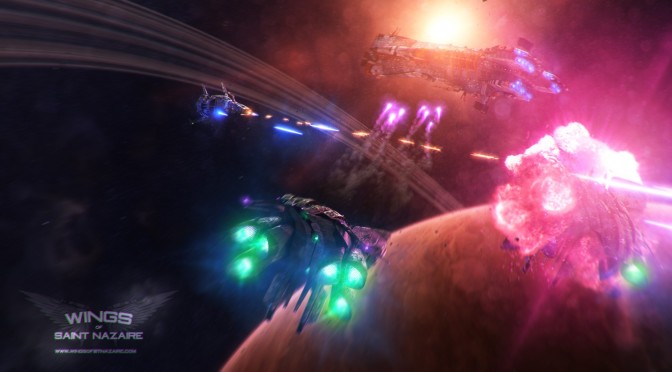 Wings of Saint Nazaire is powered by the Unity engine, and is designed to be an easy-to-play but hard-to-master game – that means you can jump in, fly around, kick ass and have a ton of fun as a newbie but the game also offers core players enough gameplay depth to keep even the veterans of the genre interested.

“Good players, for example, will use the afterburner in very short bursts for super quick acceleration, they will use the correct weapons against the enemies they are facing and they will always be on top of their ship energy flow, making sure that the systems that need the most power in any given situation, get that power.”

Wings of Saint Nazaire is being developed by a three-man team (Howard Day, Jan Simon and Daniel Hoffman).

The team aims to release this space combat sim for free on Windows, Mac OS X and Linux.