Ignited Games introduced King of the Hill, the latest player versus player (PvP) mode, to its fast paced, 2-D massively multiplayer online role-playing game (MMORPG). In addition to the new mode, Ignited Games has also increased the level cap in WindSlayer 2 from 51 to 67, opening even more high-level content and additional character customization options for players.

With the increased level cap, WindSlayer 2 fans can now unlock the third class advancement quest by reaching level 60. Completing the quest enables access to a slew of new skills and customization options for each character type. Ignited Games has also added 50 new items and two new pets to the WindSlayer 2 Premium Shop, providing even more opportunities for character customization.

WindSlayer 2 is a 2-D, side-scrolling MMORPG that provides players with a choice of six upgradeable character classes in a fast-paced journey through the beautiful, fairytale-like world of Beuritania. Players travelling the vast reaches of Beuritania can find rare treasures and gain experience by defeating swarms of otherworldly monsters through a combination of deadly swordplay skills, explosive magic spells and agile defensive maneuvers. 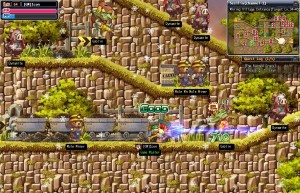