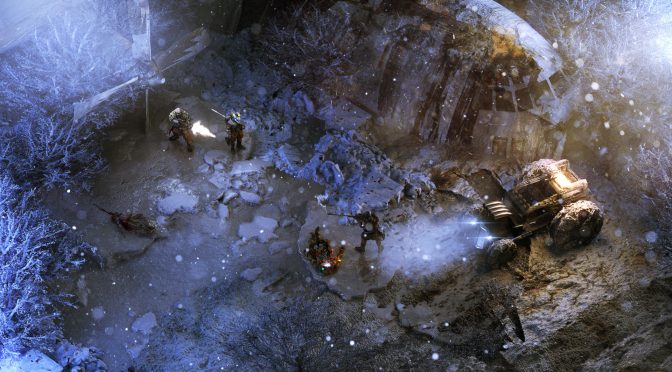 inXile Entertainment has launched the FIG crowdfunding campaign for Wasteland 3. The team aims to raise in total $2,75 million in the next 30 days, and has already raised $1.3 million. In addition, inXile released the first trailer for Wasteland 3 that can be viewed below.

Wasteland 3 is a party-based role-playing game, with a renewed focus on inXile’s trademark complex story reactivity and strategic combat.

The game will feature a newly-revamped dialog tree system, vehicles, environmental dangers, and a revamped, more fluid action system, as well as a multiplayer mode from the get-go.

Wasteland 3 will be set in the savage lands of frozen Colorado, where survival is difficult and a happy outcome is never guaranteed, and players will face difficult moral choices and make sacrifices that will change the game world.

What’s also interesting here is that if if you back Wasteland 3 in the first 48 hours, you will get a free copy of Stasis or Underrail.