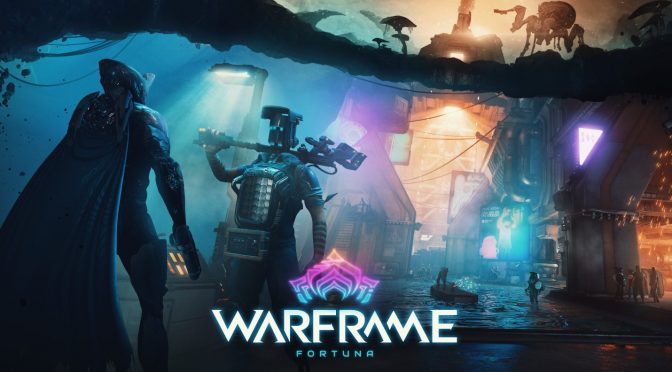 Digital Extremes has announced that the newest open-world expansion for Warframe, called Fortuna, will release for free this November on Steam PC. According to the press release, Fortuna is built on an imaginative science fiction terrain.

The Venusian landscape is four to five times bigger than Plains of Eidolon (last year’s popular open-world update), and will bring a different Orokin-infused look, feel and experience to Warframe’s growing universe.

Tenno (players’ name in-game) will follow the Solaris United faction’s struggle against their Corpus overlords by picking up bounties and missions underground in the internment camp of Fortuna, and, using the new K-Drive hoverboard, will get wicked across exotic new terrain peppered with Orokin structures, towering mushroom stands, and oceanic flora.