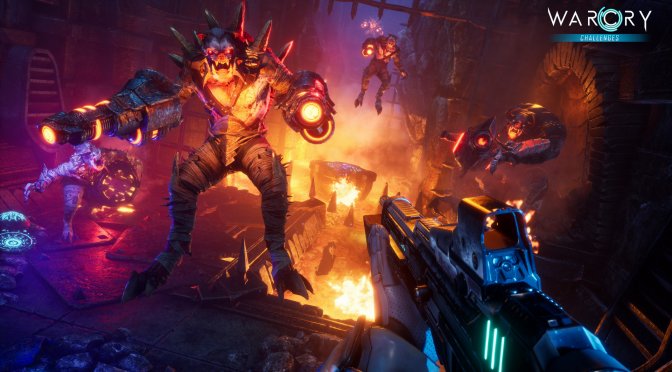 Dream Powered Games has announced a new FPS game that will be using Unreal Engine 4. WarCry Challenges is a skill-based fast first-person shooter that, according to GamesRadar, will come to the PC in Summer 2021.

Warcry: Challenges will feature challenging short levels and brutal gunfights. Players must make use of powers such as slow motion, stomp, grappling hook or “force” style melee, do 360° and backflips and above all, compete for the first place and improve your skill in over 180 frantic challenges.

Enjoy its E3 2021 gameplay trailer and stay tuned for more!