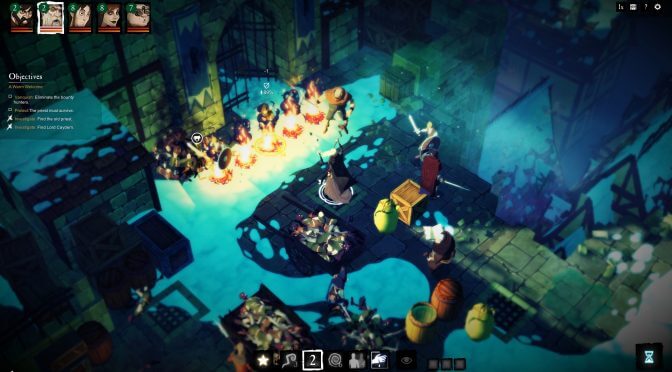 Team17 and the Brazilian indie development team at Firecast Studios and Fableware Narrative Design have today announced that Sword Legacy: Omen will release on August 13th. In order to celebrate this announcement, the publishers has also released a new trailer that you can find below.

Sword Legacy: Omen is a turn-based tactical RPG set in the candlepunk realm of Broken Britannia. Marrying masterful, brutal storytelling with comic-inspired aesthetics, Sword Legacy: Omen presents a bloody re-telling of the King Arthur mythos as you follow Uther Pendragon to fight a path of vengeance across Broken Britannia. Joined by a band of misfits, Uther seeks justice for his fallen lord and to recover the lost sword, Excalibur.

Players will explore the world and engage in challenging battles where they must use tactics to play to their hero’s strengths while exploiting their enemy’s weaknesses. Each hero is individually equipped with both passive and active skills and your comrades’ different strengths are crucial to dominating the battlefield. Players can combine and complement the skills of their party to pick the right team for every situation.