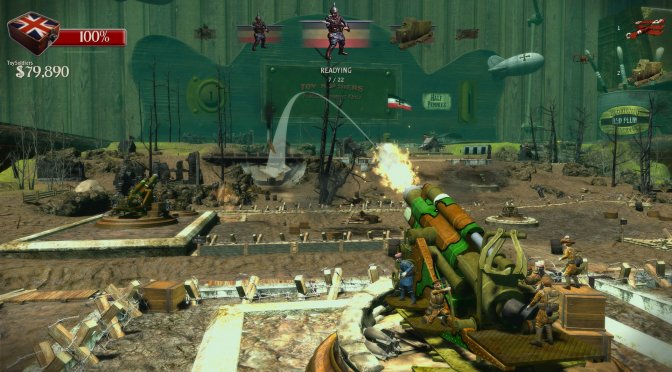 Accelerate Games has announced that Toy Soldiers HD will release on PC on September 9th. In order to celebrate this announcement, the publisher has also released a new gameplay trailer that you can find below.

Toy Soldiers HD is basically a tower defense game. Players will control one of two armies made up of more than 50 units of miniature WWI toys. And, like many tower defense games, you strategically build your defenses while plotting your counter offensives.

However, and unlike other tower defense games, Toy Soldiers HD gives you the ability to experience the battle from both top-down strategic perspective and a first-person POV.

“Watch the action unfold or jump feet first into the boots of an infantryman and race across the battlefield dodging artillery while using a flamethrower to burn your enemies to a crisp. Mount your horse and charge the enemy head on with your cavalry. Pilot bombers and drop shells that pockmark the field below or strafe your opponent using biplanes. Go hands-on howitzers and mow down the enemy.”