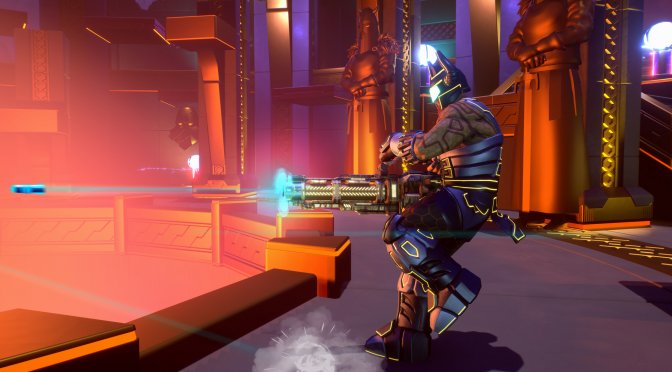 Maximum Games has announced that NERF: Legends will release on PC in October 2021. In order to celebrate this announcement, the publisher released a gameplay trailer for this FPS that you can find below.

NERF: Legends is a fast-paced, high-energy FPS that aims to be fun for all. Players will jump into a futuristic sci-fi world with a full array of iconic NERF blasters at their fingertips. Additionally, they will face off against legions of robots and their ultimate boss masters. The game will feature a single-player story mode, as well as online multiplayer. Furthermore, it will support cross-play between its different platforms.